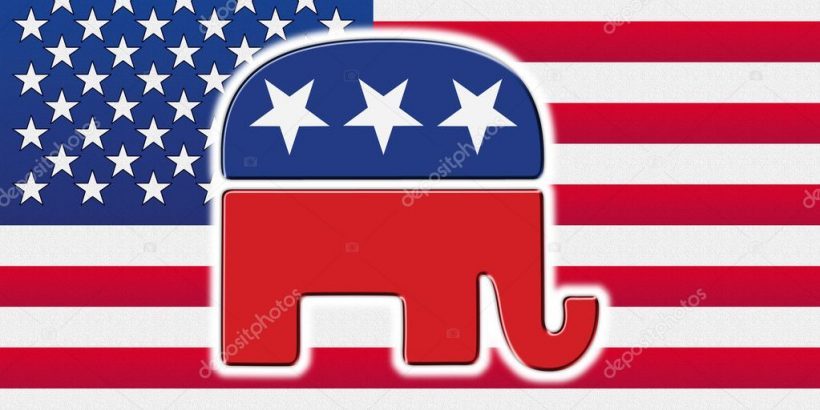 At CPAC, Donald Trump swung a mighty cudgel against the corruption and subterfuge of the Democratic party.  While discounting rumors of starting his own political party and teasing the mainstream media with whispers of his own candidacy in 2024, he laid out a template to repudiate the America Last doctrine of the Biden administration.  Given the present state of Republican malaise, such a turnabout in thinking would require an overhaul of the Grand Old Party.

Did the party listen?  A review of recent history suggests entrenched political infirmities and a difficult road ahead.

The sails of the Republican party started to luff early on in the Trump administration when former speaker Paul Ryan, acting more like a beard for his opponents across the aisle, surrendered the gavel after squandering a Republican majority in the House.  In the footsteps of his predecessor, John Boehner, who has since traded crocodile tears and menthols to pitch ganja, Ryan sidestepped opportunities to solve the issues of healthcare, immigration, and energy independence seemingly out of distaste for a president unvarnished by Beltway politics.  Hamstrung by his own party, President Trump was left to tackle these issues through impermanent executive authority and a shell game of budget reallocations.

In 2018, Republicans were crippled by the loss of the lower chamber and found themselves beaten down by the revolutionary politics of a new generation of young and radicalized House Democrats.  For their part, heavyweight Republicans like Minority Leader Kevin McCarthy exhibited lightweight defiance in the House well, preferring to save their bluster for five-minute monologues on conservative talk shows.  On the Senate side, prominent committee chairs like Lindsay Graham pledged government reforms and groveled during re-election bids and campaign fundraising drives.  Their anger over the Trump-Russia hoax rang hollow when they convened closed and public hearings that featured a coterie of arrogant Obama-era witnesses and engaged in internecine spats that got to the bottom of virtually nothing.

After snatching defeat from the hands of victory in 2020, the Republican party is once again anchored to anemic solutions that promise reversals of political fortune in 2022 or 2024. Other than cutting Trump loose of the party, there is no interim GOP strategy as Democrats push legislation to game national, state, local elections in their favor.  The Dems are also moving aggressively on issues central to the Republican voters — healthcare, immigration, and energy — although not in a direction that is in America’s best interests.

The Senate’s new minority leader, Mitch McConnell, recently thanked Trump for ensuring his Kentucky reelection and giving his wife a cabinet post by upbraiding the former president after his second impeachment acquittal.  Before relinquishing power to Chuck Schumer, he sat on the sidelines as an upper house full of RINOs, neocons, and #NeverTrumpers slit their own party’s throat in time for the 2020 presidential election by letting Democrats get away with two years of special counsel investigations and a relentless defamation campaign against Trump and his voters.  They allowed two impeachment hearings and seemed tone deaf as American cities were laid to waste by “mostly peaceful protests.”

Let’s face it: for the Republicans, it’s not about power, it’s about a biennial political cycle to settle for second place behind their lockstep rivals, then dress up as the conservative cavalry, paste a target on the horrible Democrats, and beg for more donations and corporate sponsors.  For four years they let the Dems provoke attacks against them, enduring restaurant, airport, and residential confrontations with young progressives who were allowed to harass with impunity and without consequence.

Truth be told, Republican headliners are some of the finest legal minds in Congress, but they lack militancy for their causes and consistently break ranks, causing precious little of consequence to get done.  Only a handful of Republicans with household names have shown the moxie to pick up a gauntlet in defense of Trump or to stand in opposition to the string of presidential directives and proposed laws that have made a mockery of our constitutional freedoms.

Democrats suffered dismal defeats in 2020 state contests and hold onto a slim nine-seat majority in the House and a 50-50 tie in the Senate broken only by a highly partisan vice president.  Nonetheless, Democrats have taken a true measure of Republican token resistance, and now rule like tyrants over their political peers and the American people.

Here’s what’s coming down the pike.  Chuck Schumer will continue to threaten court packing to bring the Supreme Court to heel and will dash Republican opposition by eliminating the filibuster.  Nancy Pelosi will continue to push onerous legislation through the lower chamber to stiffen Democrat authoritarianism.  Social media and corporate censorship has been heartened because the banning of Donald Trump and his voters from social media platforms has brought more outrage from global leaders than from the Republican political establishment.  Publishers and online distributors are engaging in latter-day book-burning, banning conservative tomes and videos from politicians, Supreme Court justices, and the like.

On October 28, 2020, the Republican Senate held a teleconference hearing with the peck’s bad boys of Facebook, Google, and Twitter. CEO Mark Zuckerberg used compassionate words like moderation to define the work of 35,000 Facebook employees expected to make judgements on hate speech.  All used misinformation as the thick veil used to squash online conservative viewpoints, thereby putting their thumbs on the scales of a presidential election.  While Democrats in attendance prodded the CEO’s to double down on right-wing extremism and misinformation, Republicans huffed and puffed before closing the books on any action by the 116th Senate to amend Section 230 of the deceptively-named, Communications Decency Act.  Thirteen bills and resolutions to reign in the social media liability protections and prevent censorship proffered by House and Senate Republicans have been deemed sine die, or dead on arrival to the 117th Democrat-controlled Congress.

The Democrat agenda cannot survive in a compromise environment.  They fully know that implementing an America Last platform will eventually bring grief to all but their most radical wing.  Baby boomer Democrats will become increasingly disenchanted with the destructive policies their offspring will inherit.  To survive, the Democrat bloodline must pass to the hearts and minds of a campus-indoctrinated Millennial and digital iGen cohort slowly marinated in Critical Race Theory and a whole lexicon of -isms.

Donald Trump still has a political game, and the first inning starts with a primary challenge to every Republican recalcitrant who stomped in kind while the Democrats put the coals to him.  Trump never wavered from campaign promises to repair the economy, curb illegal immigration, collect on international debts, discard one-way treaties and trade practices, and follow a platform of values under the doctrine of America First.

Unfortunately, a rigged election has put the fox back in the henhouse.  One would expect inaction on election integrity from House Democrats; after all, it has been said that Jesse James never investigated train robberies.  On December 15, 2020, five weeks after the dirty deed, Senate Homeland Committee Chair Ron Johnson opened the only Republican hearing on election integrity with a disclaimer that he had no hard evidence of fraud that would overturn the election results.  This renunciation was followed by several hours of spitting venom at witnesses and each other, after which the 116th Republican Senate seemed eager to close its books on the issue and to relegate the words election fraud to the do-not-resuscitate list.

The Republican party will not be saved simply by a bit of housekeeping.  Its foundational values are compromised and further imperiled by fractious cliques.  The future of the GOP is in Trump’s hands and he knows better than anybody the political up-and-comers who will carry the flag.