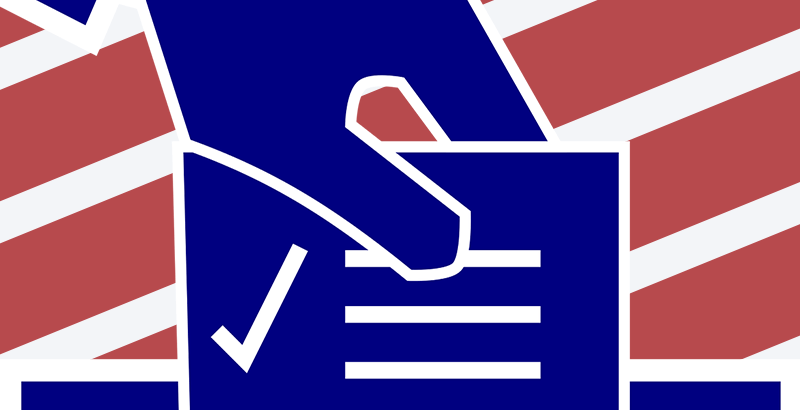 GOP Republicans are cautiously optimistic the party is positioned to recapture the Senate after just two years out of power, emphasis on “cautiously.”

The GOP is just one seat shy of the majority after Democrats flipped both Georgia Senate seats in twin runoff elections on Jan. 5, 2021, establishing a 50-seat advantage for Senate Majority Leader Chuck Schumer of New York that rests on Vice President Kamala Harris’s tiebreaking vote.

With President Joe Biden’s job approval ratings stuck near 45% and the generic ballot swinging against the Democrats this past fall, not to mention historical trends that portend trouble for the party in power in the White House, Senate Republicans would seem primed to win control of the chamber in 2022. But Republican strategists are not measuring the drapes just yet.

Party officials are nervously awaiting the outcome of Senate primaries in key battlegrounds before declaring premature victories in the midterm elections. That includes nominating contests in states where incumbent Democrats are running for reelection and states where the incumbent Republican is retiring next year.

The following are four Senate seats held by the Democrats and one held by the Republicans that are (mostly) considered among the most likely to fall to the other political party next November.

Arizona: Democratic Sen. Mark Kelly is running for reelection. In 2020, Kelly became the second Democrat in two years to win an Arizona Senate seat when he defeated appointed incumbent Republican Martha McSally in a special election to fill the remaining two years of the term the late GOP Sen. John McCain won in 2016. Arizona developed into a legitimate battleground under former President Donald Trump, with Biden in 2020 becoming the first Democrat to win the state’s Electoral College votes since 1996. That and Kelly’s flush (and still growing) war chest make this a tough race for the eventual Republican nominee, who will not emerge from a crowded and competitive primary until late August. But in an election cycle shaping up as a backlash against the White House, Kelly could be in serious trouble.

Georgia: Democratic Sen. Raphael Warnock is running for reelection. Warnock ousted appointed incumbent Republican Kelly Loeffler on Jan. 5, becoming one of two Democrats to win a Georgia Senate seat in runoff elections held at the beginning of 2021. (Warnock won a special election to fill the remaining two years of the term won by the late GOP Sen. Johnny Isakson in 2016.) Georgia developed into a bona fide battleground under Trump, with Biden becoming the first Democratic nominee to win the state’s electoral votes since 1992. But Warnock deserves the lion’s share of the credit for his defeat of Loeffler. The black Democrat, a pastor, is a talented politician with a strong constituent services operation. Even in a midterm election that strongly favors Republicans, the well-funded Warnock could be a much tougher out than Republicans are anticipating. Republicans are particularly concerned about the fallout from the bitter GOP primary pitting Gov. Brian Kemp against former Sen. David Perdue. But precisely because 2022 is shaping up as a Republican wave election, Warnock simply might not have enough in the tank to hold off the GOP, especially against former University of Georgia football star Herschel Walker, a Georgia folk hero and his likely Republican challenger.

Nevada: Democratic Sen. Catherine Cortez Masto is running for reelection. Nevada is a perennial battleground that has lately favored the Democrats in statewide contests. That could change in 2022. The Democratic Party’s voter registration advantage in the state has diminished, and polling shows that likely Republican nominee Adam Laxalt is competitive with Cortez Masto. And Republicans, in Nevada and Washington, are unified behind Laxalt. The former state attorney general has been endorsed by both Trump and Senate Minority Leader Mitch McConnell of Kentucky, and the party is poised to put millions in resources behind his campaign.

New Hampshire: Democratic Sen. Maggie Hassan is running for reelection. If a weak link exists in the Democratic Party’s 50-seat Senate majority, it might be Hassan. Polling throughout the past year has shown her to be possibly the most vulnerable incumbent Senate Democrat running in 2022. Even after Gov. Chris Sununu, a coveted Republican recruit, declined to run for Senate and opted to run for reelection instead, Republicans are optimistic they can flip this seat. However, the Granite State has been inhospitable to the GOP in federal races in recent years. The Republicans have not won a Senate race there since 2010, and they last won a presidential race in the state in 2000.

Wisconsin: Incumbent Republican Sen. Ron Johnson has not yet announced if he will run for reelection. Republicans are crossing their fingers that Johnson will seek a third term. He is Wisconsin’s senior elected Republican, personally wealthy, and has two statewide victories under his belt. In a midterm election with the wind at their backs, Republicans should be well positioned to defend a seat in a state Trump won narrowly in 2016 and only lost narrowly to Biden four years later. But Johnson has emerged as a polarizing figure, worrying some Republicans that Wisconsin could present Democrats with a rare offensive opportunity next year, whether the incumbent is on the ballot or not. The Democrats are scheduled to crown a nominee in early August.