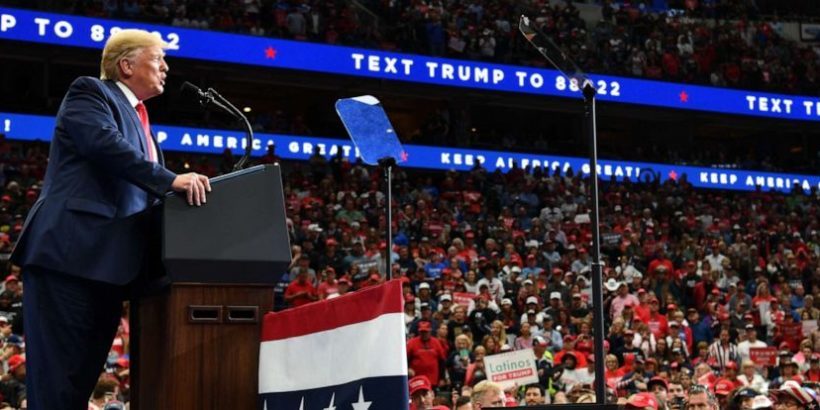 President Donald Trump said at a campaign rally on Thursday in Dallas, Texas, that Democrats and the left want to change the makeup of the United States Supreme Court to destroy the Constitution.

“They want to install far left judges to shred the Constitution,” Trump said at the rally that attracted 20,000 people inside the America Airlines Center and thousands more outside the venue.

Trump’s remarks about the left trying to pack the court with activist judges who don’t believe in the originalist view of the Constitution comes just days after the left-wing group Demand Justice released a list of the individuals it hoped would be nominated for a seat on the High Court.

Under President Trump, more than 150 judges have been nominated and confirmed, including two to the Supreme Court, Justice Brett Kavanaugh and Justice Neil Gorsuch.