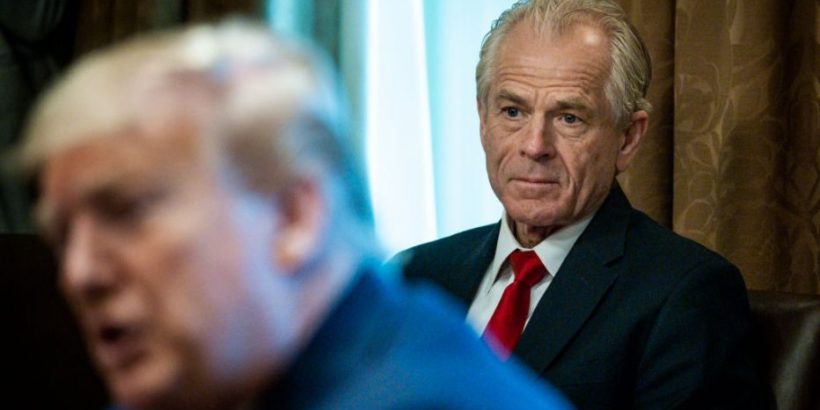 President Donald Trump heaped praise on a 36-page report by Peter Navarro on alleged irregularities across key battleground states in the 2020 presidential election.

“Peter Navarro releases 36-page report alleging election fraud ‘more than sufficient’ to swing victory to Trump. A great report by Peter. Statistically impossible to have lost the 2020 Election,” the president wrote on Twitter in the early hours of Saturday.

Navarro, who is a White House adviser to the president and the Director of the Office of Trade and Manufacturing Policy, released the report (pdf) on Dec. 17 in his capacity as a private citizen.

“From the findings of this report, it is possible to infer what may well have been a coordinated strategy to effectively stack the election deck against the Trump-Pence ticket,” Navarro wrote.

“Indeed, the patterns of election irregularities observed in this report are so consistent across the six battleground states that they suggest a coordinated strategy to, if not steal the election, then to strategically game the election process in such a way as to unfairly tilt the playing field in favor of the Biden-Harris ticket.”

The report examined “six dimensions” of alleged election irregularities in the battleground states of Georgia, Pennsylvania, Michigan, and Wisconsin, as well as Arizona and Nevada.

“This was theft by a thousand cuts across six dimensions and six battleground states rather than any one single ‘silver bullet’ election irregularity,” Navarro wrote in his concluding observations. “While all six battleground states exhibit most, or all, six dimensions of election irregularities, each state has a unique mix of issues that might be considered ‘most important.’”

He took a heavy tone to what he called the “anti-Trump media and censoring social media” for being complicit in blocking Americans from the truth of the situation, writing, “This is a dangerous game that simultaneously undermines the credibility of the media and the stability of our political system and republic.”

Navarro called for journalists and political leaders who have been involved in such efforts to acknowledge the election irregularities and carry out investigations into the 2020 election.

“If this is not done before Inauguration Day, we risk putting into power an illegitimate and illegal president lacking the support of a large segment of the American people,” he wrote, adding that if election irregularities are not fully investigated before Jan. 20, the nation may never have a fair presidential election again.

He decried what he called failures of Republican governors in Arizona and Georgia, as well as the state legislatures of Arizona, Georgia, Michigan, Pennsylvania, and Wisconsin, where Republicans hold majorities in both chambers, to initiate investigations into alleged election irregularities.

Navarro also said that state and federal courts, including the Supreme Court, “have failed the American people in refusing to appropriately adjudicate the election irregularities that have come before them.”

Trump and other third parties have sought legal challenges across the six battleground states since Nov. 3, but no efforts have turned out as desired. The Supreme Court has recently declined to hear cases brought from Texas and Pennsylvania challenging the integrity and outcome of the election.

Republican electors in seven states earlier this week cast dueling votes for Trump. They have explained that casting their votes would preserve Trump’s legal claims amid multiple lawsuits contesting the election results. Their votes come as the same states formally appointed Democratic electors who voted for Joe Biden and Sen. Kamala Harris (D-Calif.).