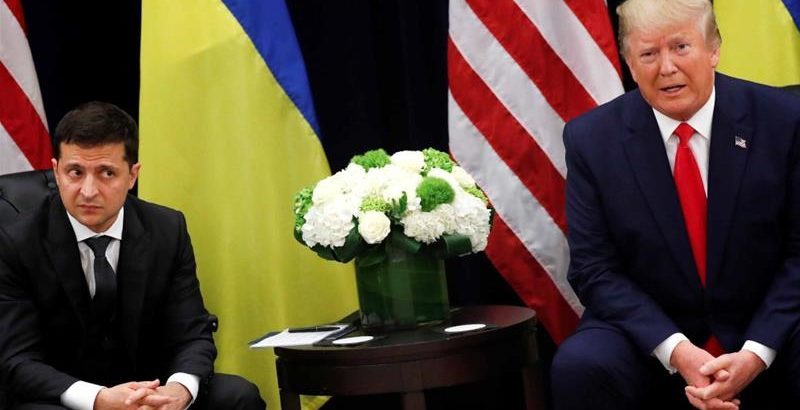 President Donald Trump released the transcript of his first call with Ukrainian President Volodymyr Zelensky on Friday just as the second round of public hearings began.

The contents of the call were not controversial, as Trump congratulated Zelensky for his victory and they both discussed visits to each other’s country.

Trump commented that when he owned the Miss Universe beauty pageant “they always had great people” and that Ukraine was “always well represented.”

Zelensky said that he would practice his English so they could speak together in the same language.

“That’s beautiful to hear,” Trump said. “That’s really good. I could not do that in your language.”

Images of the call transcript below: 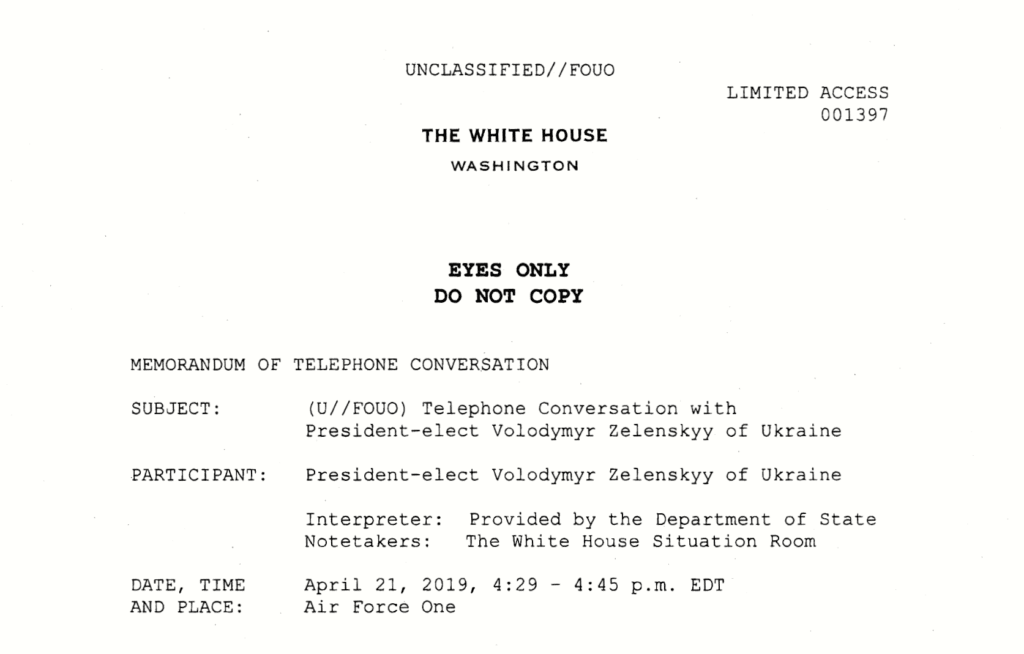 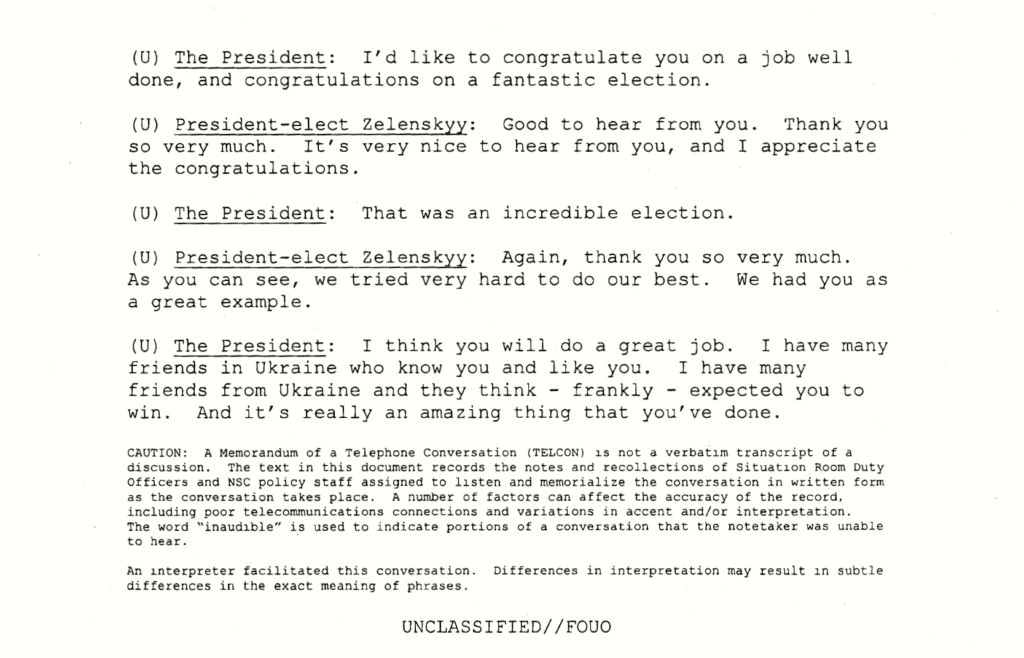 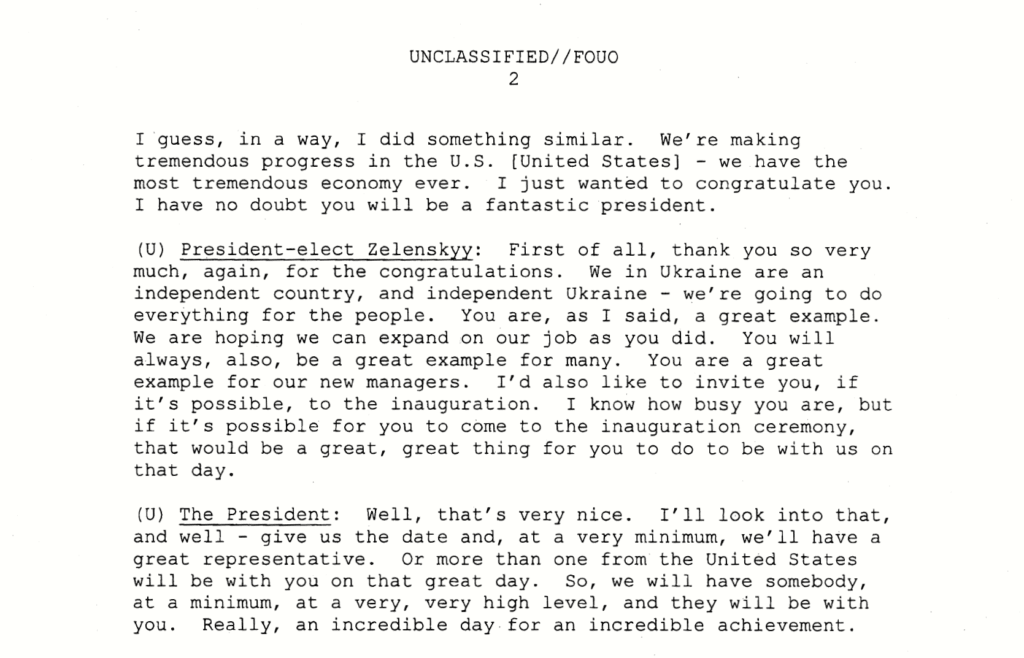 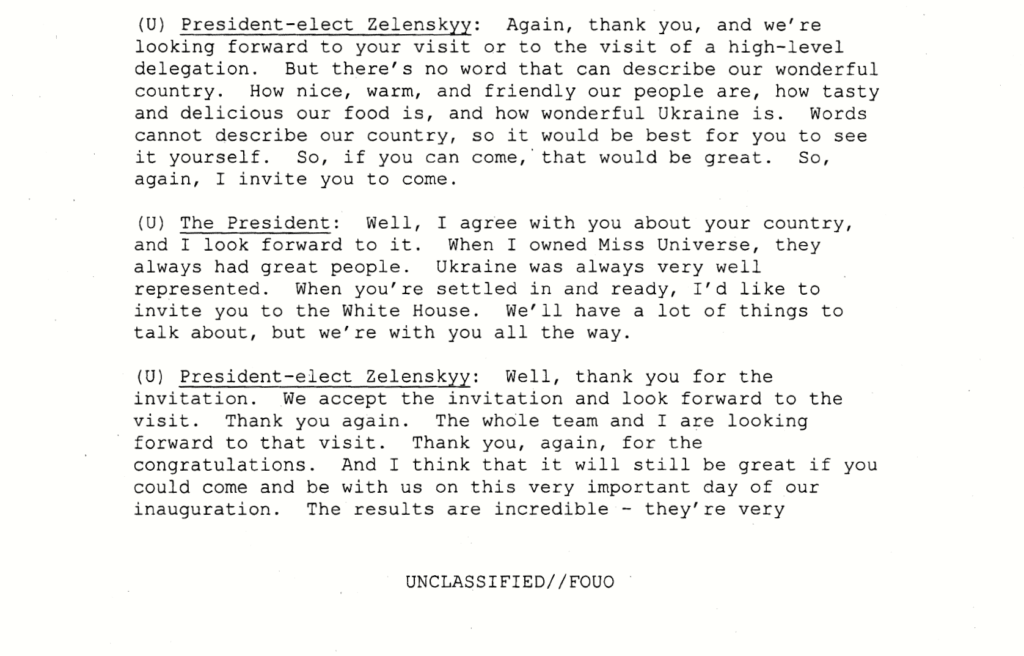 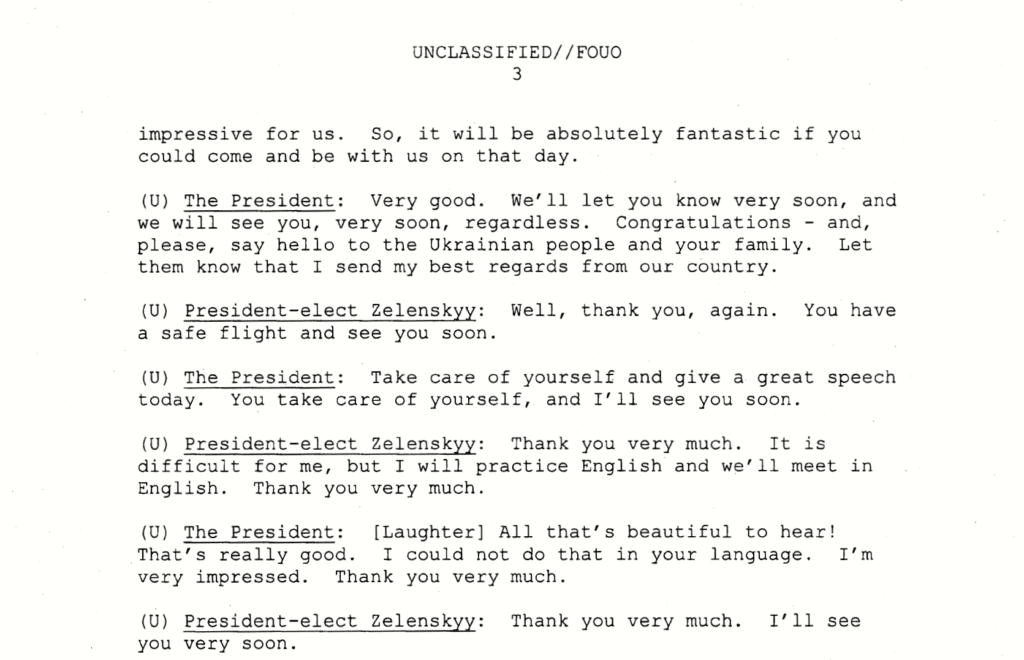 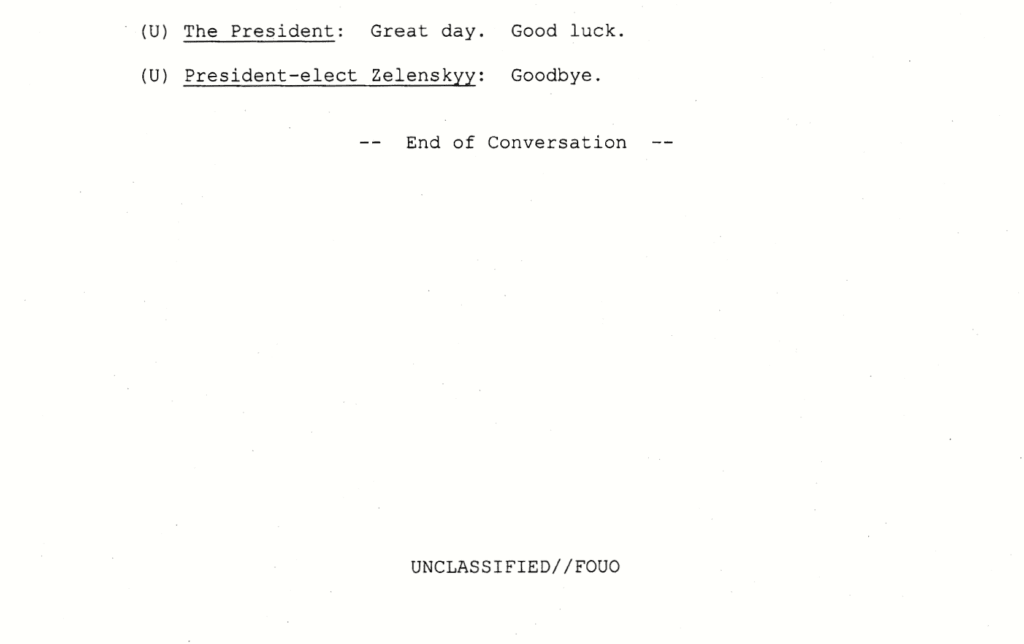