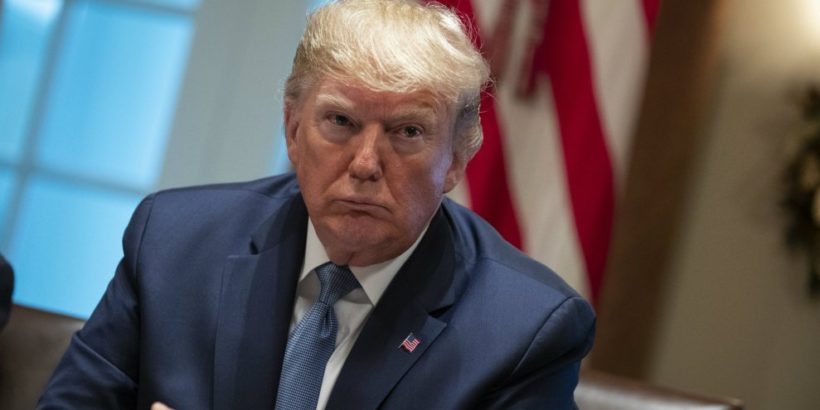 President Donald Trump said on Friday morning that he has the “legal right” to ask the attorney general to intervene in criminal cases, adding that he has so far has chosen not to.

The president’s comment comes after Attorney General William Barr said in an ABC News interview on Thursday that Trump has “never asked me to do anything in a criminal case.”

“This doesn’t mean that I do not have, as president, the legal right to do so, I do, but I have so far chosen not to!” Trump wrote in response to the comment.

During his Thursday interview, Barr issued some rare criticism to the president about his Twitter posts in the wake of one of Trump’s posts about the sentencing of former campaign adviser Roger Stone.

“I think it’s time to stop the tweeting about Department of Justice criminal cases,” he added.

Top Justice Department officials intervened in the sentencing of Stone, who was convicted of lying to Congress, witness tampering, and obstruction of justice. Prosecutors had recommended that Stone should serve seven to nine years in prison. The department subsequently requested that the court issues a lighter sentence than its original recommendation, without offering a specific prison time.

Four prosecutors involved withdrew from the case over the incident. One of the four resigned from the department.

Barr confirmed that the actions of the Justice Department had nothing to with the president, his tweets, or anyone from the White House. “I have not discussed the Roger Stone case at the White House,” Barr said.

The ABC interviewer asked him about whether he is prepared to field any criticism from the president about his public comments.

“Of course, as I said during my confirmation, I came in to serve as attorney general. I am responsible for everything that happens in the department. But the thing I have the most responsibility for are the issues that are brought to me for decision and I will make those decisions based on what I think is the right thing to do, and I’m not going to be bullied or influenced by anybody, whether it’s Congress, newspaper editorial boards, or the president,” Barr continued.

“I’m going to do what I think is right and I cannot do my job here at the department with constant background commentary that undercuts me.”

The attorney general added that he was placed in a difficult situation.

“Do you go forward with what you think is the right decision or do you pull back because of the tweet? And that just sort of illustrates how disruptive these tweets can be,” Barr said.

Following the interview, the White House said a statement responding to Barr’s comments, that the president had not lost confidence in the attorney general and wasn’t phased by the comments he made.

“The president wasn’t bothered by the comments at all and he has the right, just like any American citizen, to publicly offer his opinions,” White House Press Secretary Stephanie Grisham said.

“President Trump uses social media very effectively to fight for the American people against injustices in our country, including the fake news. The president has full faith and confidence in Attorney General Barr to do his job and uphold the law.”

Jack Phillips and Katabella Roberts contributed to this report.