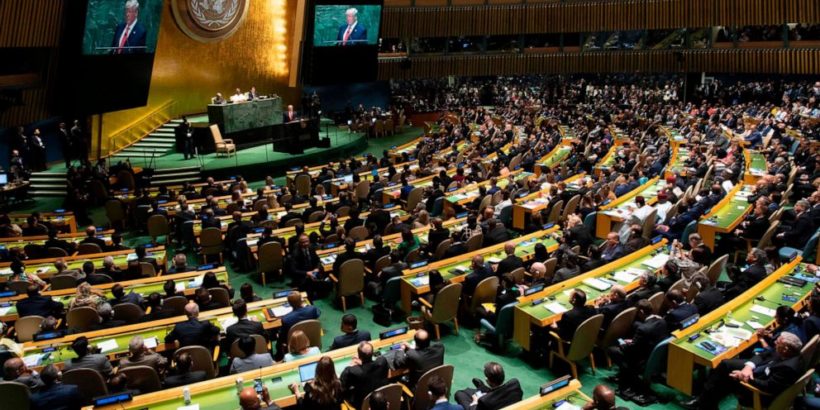 The United States was warned Wednesday by the United Nations it cannot avoid compensating poorer nations hit by climate change, despite Donald Trump honoring his election promise of leaving the 2015 Paris climate agreement

Delegates and observers at the COP25 negotiations in Madrid told AFP that Washington seeks a change to the U.N. climate convention that could release it from punitive “loss and damage” funding for developing nations which is predicted to run into the billions of dollars.

But there was no provision for helping countries and small island states now calling for compensation.

A new mechanism was established in 2013, but with damage estimates climbing, there is no agreement on where the money might come from or even if it should be paid, although the U.S. is constantly the target of calls for financial reparations because it is rich, successful and a dominant world economic force.

One of the tasks facing delegates in Madrid is reviewing the framework for how countries might pay and account for this money.

A document said to be circulated by U.S. negotiators to delegation heads, seen by AFP, proposes to transpose a key provision under the 2015 Paris agreement — from which the United States is withdrawing — and apply it to the wider COP process, where the U.S. will maintain a seat at the table.

In an open letter to the president of the COP 25 talks, Chile’s environment minister Carolina Schmidt, the organisations urged agreement on “the creation of a comprehensive financing facility, including debt relief, for developing countries experiencing such disasters.”

Green groups have claimed the increased pace and intensity of climate disasters, such as the twin cyclones that devastated parts of Mozambique this year, means that funding needs boosting to keep track.

They said the amount needed for loss and damage would top $300 billion annually by 2030, of which the majority of which is expected to be invoiced to the U.S.

As Breitbart News reported, as far back as June, 2017 Trump said he was looking forward to exiting the agreement.

The president spoke then of following through on his commitments to the American people.

“In order to fulfill my solemn duty to protect America and its citizens, the United States will withdraw from the Paris Climate Accord,” Trump declared.

Compliance with the accord could have cost the U.S. “as much as 2.7 million lost jobs by 2025 according to the National Economic Research Associates,” said Trump. “This includes 440,000 fewer manufacturing jobs — not what we need…”

The Paris Climate Accord will form the basis for any future reparations as decided at COP 25. Almost 25,000 people and 1500 journalists are in Madrid to attend the meeting.

AFP contributed to this report