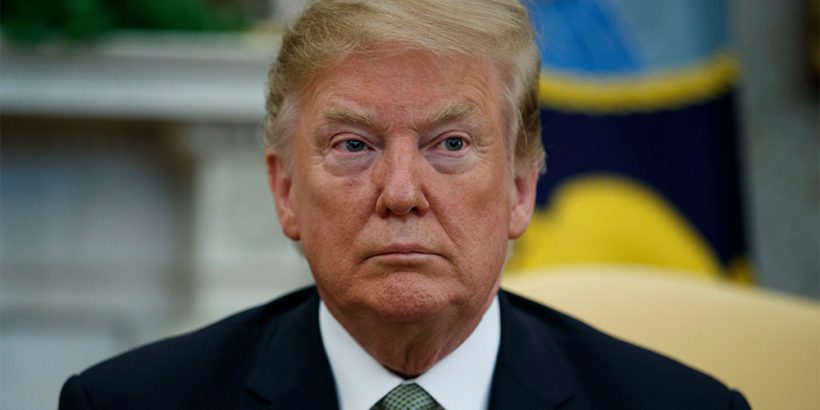 The Chinese side confirmed that a trade deal with the United States was nearing completion on Oct. 29, a day after U.S. President Donald Trump said would the two sides were ahead of schedule on signing a phase one deal.

Meanwhile, the White House denied an Oct. 29 report by the South China Morning Post, which cited an anonymous source who said that Trump and Chinese leader Xi Jinping would meet in Chile, during the Asia-Pacific Economic Cooperation (APEC) summit taking place next month, to sign the deal “if everything goes smoothly.”

However, Trump has said before that he hopes the two sides can finalize the deal during APEC.

“Negotiation team leaders from the U.S. and China held a phone call on Oct. 25, in which they agreed to solve their key concerns and confirmed that the technical discussion on the text of the trade deal is basically completed,” Geng Shuang, spokesman of China’s Foreign Affairs Ministry, said at a daily press conference on Oct. 29.

Geng said that the negotiation leaders would hold another phone call in the near future, but didn’t not say when the text is expected to be finalized.

Previously during Liu’s visit to Washington, Trump announced on Oct. 11 that the United States reached a partial trade agreement “in principle” with China, on intellectual property, financial services, and agriculture. Trump said Beijing had agreed to purchase “up to $40 billion to $50 billion” of agricultural products from the United States.

On Oct. 28, Trump told reporters at Joint Base Andrews in Maryland: “We are looking probably to be ahead of schedule to sign a very big portion of the China deal, we’ll call it Phase One but it’s a very big portion.”

That same day, the Office of the United States Trade Representative (USTR) released an announcement that the agency was considering extending an exclusion it had granted to certain U.S. applicants, that would exempt them from paying 25 percent tariffs on a list of roughly 1,000 types of Chinese goods. The exclusion is due to expire on Dec. 28. The USTR announced that it was seeking public comment on a 12-month extension.

After Trump announced the phase one agreement, the Chinese regime did not confirm the news until four days later.

Meanwhile, Beijing has not yet provided details on the agricultural products it will buy from the United States.

Earlier on Oct. 24, Bloomberg reported that the Chinese had backtracked and said it would buy $20 billion of American agricultural products in the first year after the partial deal was signed. Then, in the second year, China would consider buying $40 billion to $50 billion of the U.S. goods, depending on whether the administration would remove the current punitive tariffs.

Meanwhile, on Oct. 29, China’s Commerce Ministry promised to ban authorities from requiring foreign companies to transfer their technology in exchange for market access. Beijing would also ease restrictions on foreign firms in some newly opened finance businesses, the ministry said.

Despite the measures, many foreign firms are still pressured to enter into joint ventures with Chinese partners.

In the past two years since the trade dispute between the world’s two largest economies began, the Chinese regime—in goodwill gestures to appease the United States—has launched new policies to open its markets to foreign companies. It first allowed foreign securities firms to own over 50 percent of its joint-ventures in April 2018, followed by an announcement on Oct. 11 allowing full foreign ownership of futures traders beginning on Jan. 1, 2020. In April that year, the mandate would apply to mutual fund companies, followed by securities firms on Dec. 1.

Observers say the Chinese regime was pressured to make these changes due to its poorly performing economy, which is in need of more foreign investment.