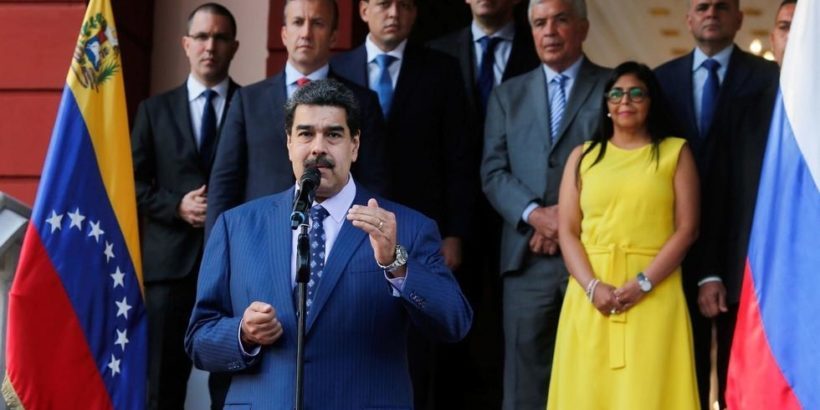 UNITED NATIONS (Reuters) – Venezuela was elected to the United Nations Human Rights Council on Thursday with 105 votes and a round of applause, despite fierce lobbying against it by the United States and rights groups, and the late entry of Costa Rica as competition.

In a secret ballot by the 193-member U.N. General Assembly, Costa Rica garnered 96 votes despite only entering the race this month, when President Carlos Alvarado Quesada declared “the Venezuelan regime is not the suitable candidate.”

Along with Brazil, the three countries were competing for two seats on the 47-member Human Rights Council starting Jan. 1. Brazil was re-elected for a second three-year term with 153 votes. Members can only serve two consecutive terms.

“Venezuela’s undeserved and narrow election to the U.N. Human Rights Council is a slap in the face to the country’s countless victims who have been tortured and murdered by government forces,” said Philippe Bolopion, Human Rights Watch deputy director for global advocacy.

The United States has for months been trying to oust Venezuelan President Nicolas Maduro, who has overseen an economic collapse and is accused of corruption, human rights violations and rigging a 2018 presidential election. It is one of more than 50 countries that have recognized Venezuela opposition leader Juan Guaido as the country’s president.

“It’s simply unconscionable that massive human rights violators like the former Maduro regime in Venezuela are allowed to play a role on the (Human Rights Council). I won’t stand for it, and neither should the U.N.,” U.S. Ambassador to the United Nations Kelly Craft said on Twitter after the vote.

Guaido invoked Venezuela’s constitution in January to assume an interim presidency of the OPEC-member nation. Maduro calls Guaido a U.S. puppet seeking to oust him in a coup.

“We will have to measure the impact of this victory in the coming days, but we think it is historic given that we were up against a ferocious campaign,” Venezuelan Foreign Minister Jorge Arreaza said on Venezuelan state television after the U.N. vote.

U.S. Vice President Mike Pence called on the United Nations in April to revoke the U.N. credentials of Maduro’s government, but Washington has taken no further action to push the measure and diplomats said it is unlikely to get the support needed in the General Assembly.

The United States withdrew from the Geneva-based council in 2018 – half-way through a three-year term – over what it called chronic bias against Israel and a lack of reform.

The Human Rights Council, created by the General Assembly in 2006, is responsible for strengthening promotion and protection of human rights. It can mandate independent inquiries into specific situations.

The council agreed last month to set up an international fact-finding mission to document violations in Venezuela, including torture and thousands of summary executions.

The Maduro government has called the U.N. report a “selective and openly partial vision” of the situation.