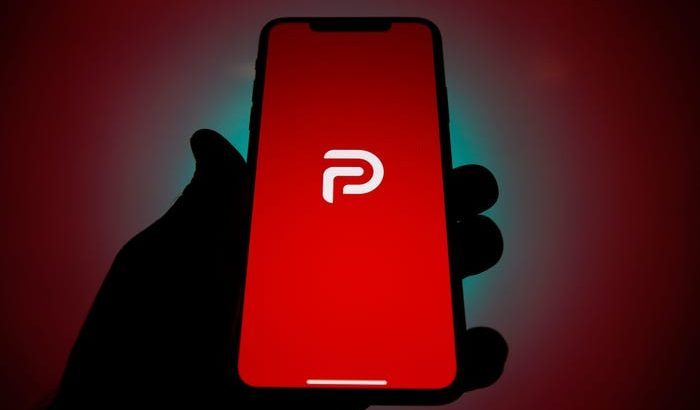 Parler Chief Policy Officer Amy Peikoff said on Tuesday that their company doesn’t want to follow other tech giant companies in implementing an algorithm to surveil people around clock, stating that such a practice goes against the Fourth Amendment.

“So on Parler, our disagreement was that we did not want to put in an algorithm that would subject everybody on the entire platform to 24/7 surveillance. We wanted to handle this content in a way that respected the privacy of people and that’s where we are disagreeing now.” Peikoff told Sean Hannity of Fox News on Jan. 12.

“We believe that innocent people about whom you have no particularized suspicion should not be surveilled. That’s the principle of the Fourth Amendment of our Constitution.” Pickoff told Newsmax the same day.

Parler is an emerging social platform that grew exponentially after Twitter, Facebook, and other social media permanently closed the accounts of President Donald Trump and many other conservatives, pushing them to alternative platforms.

Google suspended the Parler app from its app store Friday, claiming they did so because of posts on Parler that may incite ongoing violence in the United States, therefore violating its requirements for sufficient moderation of egregious content.

Apple pushed a similar narrative as well and asked Parler to provide detailed plans to “improve moderation and content filtering” services for “objectionable content” later on, according to the Wall Street Journal.

But Parler wants to take a different approach to moderation.

Peikoff told Hannity that Parler knows that the First Amendment may protect hate speech but not “speech that incites violence or threatens.”

“Of course, we want to remove it [violence-inciting speech]. So we agree with Apple and Amazon that it is desirable to remove it. But we disagreed about was whether the first resort, especially wouldn’t be any resort for us in a normal situation, would be to subject people to 24/7 surveillance to doing all of the data mining that the other platforms do.” Peikoff said.

“The tech giants want their model to be the standard for the entire Internet, and to us, we think that that takes Orwell’s 1984 from a dystopian novel and turns it into an instruction manual for everybody to follow,” Peikoff told Fox.

The social media giants also claimed that Parler may have facilitated violence in the protests on Jan. 6, but Peikoff explained to Newsmax that Parler doesn’t have a group feature and that “groups on Facebook were a much more efficient way to plan something” to that extent.

Peikoff also complained that Amazon’s sudden shut down of Parler’s servers caused a lot of problems for numerous people. Parler couldn’t help law enforcement to provide information on what happened on Jan. 6 because the short notice Amazon gave Parler made it difficult for them to access their data.