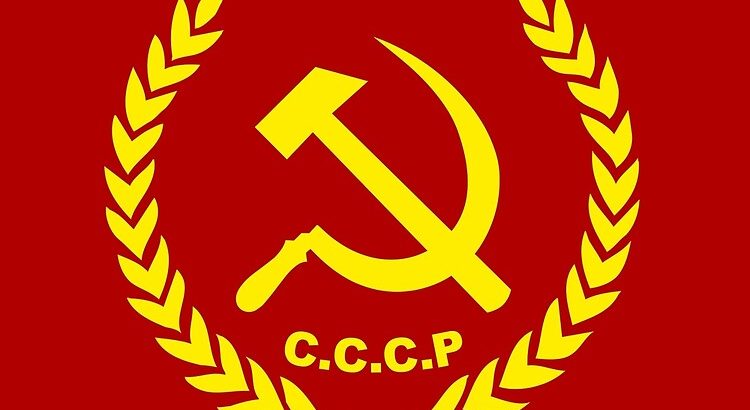 To hear China tell it, they have barely had any cases of infection from the hyper-contagious Omicron variant. The South China Morning Post wrote yesterday, “so far China has reported nine Covid-19 cases caused by the Omicron variant, including two who were infected by a man returning from Canada.”

Both official figures are unreliable. In the U.S., not everyone who tests positive in at-home test is going to notify public health authorities, and there are probably a lot of asymptomatic people infected with Omicron walking around unaware that they’ve caught the virus.

Meanwhile, the Chinese official health statistics are insanely implausible. Even if we want to give Chinese policies of city-wide lockdowns and quarantining people by welding apartment doors shut the broadest possible benefit of the doubt, it’s simply not plausible that a virus that has proven wildly contagious in every other country suddenly became shy and socially-awkward once it entered the jurisdiction of the Chinese Communist Party.

In recent weeks, Covid-19 cases have increased, and sometimes skyrocketed in certain neighboring countries like Laos and Vietnam. (Other countries bordering China like India and Mongolia have not seen dramatic increases; perhaps this reflects widespread immunity after the Delta variant swept through, or climate, weather, and behavior patterns. Whatever the reason for the case rates in other countries, the official statistics of the Chinese government contend that both the Delta and Omicron variant waves barely affected the country at all.)

The Chinese claim that Omicron variant simply hasn’t impacted them is even more wildly implausible in light of research indicating that the Sinopharm and Sinovac vaccines are iffy at best against regular Covid and ineffective against the Omicron variant.

Never mind straight answers on the origin of Covid-19 in China; we can’t even get straight answers on the status of Covid-19 in China right now. Everyone in public health and international diplomacy knows it. And just about everyone averts their eyes from the nonsensically incredible official statistics from Beijing, because they’re hoping that ignoring the current lie will make the Chinese government more honest in the future.

Over in Foreign Policy, James Palmer wonders if 2022 will bring the massive rise in cases that the Chinese government feared:

Even in a vaccinated population, a recent (but pre-omicron) Chinese study estimated that an outbreak on the scale of that in the United Kingdom or the United States could cause upwards of 10,000 or 20,000 severe cases a day. A lot would then depend on hospital resources and experience. China was able to cope with the Wuhan outbreak in part because of its ability to divert medical resources from across the country to the stricken city. A superspreading omicron that hit the whole country within a few weeks would be a nightmare—especially given that Chinese doctors, although world leaders in early treatment, don’t have the nearly two years of experience dealing with COVID-19 that clinicians in other countries do.

That is indeed a possibility. But the more likely scenario is that China’s efforts against the virus were never as successful as it claimed, and SARS-CoV-2 has been floating around in China, drastically under-reported, for nearly two years now. The Economist, in its effort to calculate the true death toll of the pandemic, estimates that since the start of the pandemic China has experienced anywhere from 160,000 to 1.8 million excess deaths compared to the “normal” trend. This figure would be roughly 17,000 percent more than the official Chinese Covid-19 death figure of 4,636.

The Chinese people have probably been living with a lot more exposure to Covid-19 than the government in Beijing is willing to admit. That’s actually good news for the Chinese people; if and when Omicron arrives in force — if it hasn’t already — there will be far more people with existing natural immunity than the official statistics suggest.

But for the rest of us, China is the same black box it was at the start of the pandemic — where we don’t get much information from the government in Beijing, and the information that we do get is spectacularly implausible and unreliable. In many cases, we are being told farfetched lies to cover up a Chinese government policy or decision that failed. Are Olympic athletes likely to catch the virus while in Beijing? Nobody knows. How much air travel to and from China is safe? Nobody knows. Are there significant new variants emerging in China? If there are, experience suggests the Chinese government won’t tell us until it’s far too late.

Hey, good thing these guys get to host the Olympics, right?