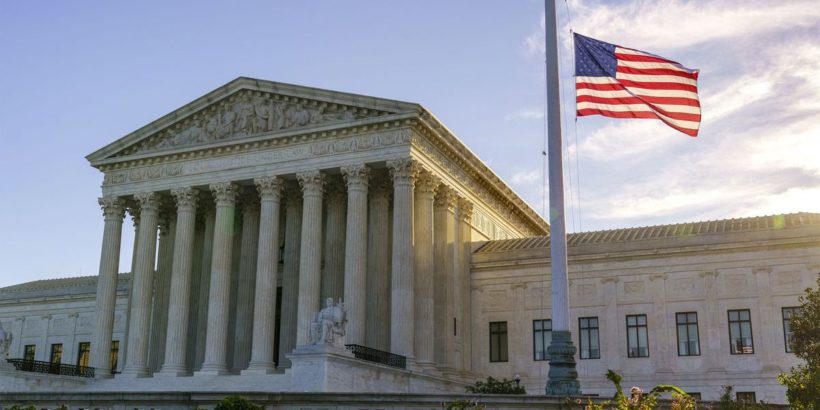 It’s likely that the Supreme Court will overturn a critical Pennsylvania State Supreme Court ruling on account of the state court’s incorrect use of the legal doctrine of laches (pronounced like latchkeys but without the “k”). This could return the electoral votes of Pennsylvania back to President Trump.

The reasons why we may consider this outcome as possible, and even likely, can be summarized as follows:

In late November, Rep. Mike Kelley (PA-R) and several other Pennsylvania voters challenged the law and lost when the Pennsylvania Supreme Court ruled that — whatever the merits of the plaintiff’s case — it was too late to challenge the constitutionality of the law. In other words, the court dismissed the case under the equitable doctrine of laches, which states that if you wait too long to claim your legal rights have been violated, that’s too bad for you.

At first glance, this argument sounds compelling. Kelley’s lawsuit was filed more than a year and half after the law was passed, with two elections taking place during that time without any complaint. Not only that, but the mail-in ballot law itself contained a provision that no legal challenges to the law would be entertained by Pennsylvania courts after 180 days.

In addition, Ed Morrisey of Hot Air cites Jonathan H. Adler’s claim that Kelley’s suit will fail, because the plaintiffs should have been savvy enough to sue before the election and lose (for lack of standing), and then use this as a defense against the accusation of filing their suit too late.

Not only that, but Samuel Bray of the Volokh Conspiracy approvingly cites the amicus brief of Erwin Chemerinsky et. al. arguing that Kelley’s suit should fail, because the doctrine of laches applies especially to elections that have already taken place. In a key line, the brief insists that “Courts will not overturn elections that already have occurred absent extraordinary reasons for doing so” (emphasis added).

But these arguments are not persuasive, because the doctrine of laches cannot rightly be used to dismiss an allegation that a statute violates constitutional provisions — and this is precisely what Kelley et al. allege.

As Kelley et al. point out in their emergency injunction, the U.S. Supreme Court ruled in Bush v. Palm Beach City (2000) that federal courts usually defer to state courts when it comes to the interpretation of state statutes, but in the case of a law that applies to the election of presidential electors, the legislature is acting “by virtue of a direct grant of authority made under Art. II, sec. 1, cl. 2 of the United States Constitution.” If the Pennsylvania legislature, in the exercise of this authority, passes a law that is in violation of the Pennsylvania Constitution, this must almost certainly be considered a “significant departure from the legislative scheme for appointing Presidential electors” and so would present a “federal constitutional question” (Bush v. Gore, 2000; h/t Christine Niles).

In response to Professor Chemerinsky (see above): considering that this unconstitutional Pennsylvania  law contributed to determining the outcome of a presidential election, it would be hard to imagine a more “extraordinary reason” to justify overturning the election results in Pennsylvania.

The Pennsylvania law may include a 180-day window for the law to be challenged in a Pennsylvania  Court, but there can be no statute of limitations when it comes to challenging the law in federal court as a violation of the U.S. Constitution. Think about it: do you recall any liberal judges, attorneys, or law professors raising the doctrine of laches when someone suddenly realizes that a decades or century old state law violates the provisions of the Constitution? Me neither.

There is reason to hope that the plaintiffs’ suit will result in a Trump victory at the U.S. Supreme Court. Justice Alito has already ordered that all absentee ballots in Pennsylvania be sequestered. The Court now has nine justices and Justice Barrett said repeatedly in her confirmation hearings that she was committed to following the law. So, there are now potentially five votes to overturn the Pennsylvania law expanding absentee voting as a violation of the U.S. Constitution.

According to the official Pennsylvania election website, President Trump received 2.7 million in person votes and Joe Biden received 1.4 million in person votes in Pennsylvania. Of the mail-in ballots, Trump received 595,538 votes and Biden received 1,995,691. According to WHYY, under the previous rules concerning voting by mail, civilians cast 266,208 absentee ballots in 2016 in Pennsylvania and 248,561 absentee ballots in 2012. So, even if we generously assume that there were 500,000 civilians in Pennsylvania in 2020 who cast absentee votes in accordance with the provisions contained in the Pennsylvania Constitution, and that they all cast their votes for Biden, Trump would still win Pennsylvania by a landslide. This would justify a U.S. Supreme Court ruling in favor of Kelley et al. and a decision to assign the electoral votes of Pennsylvania to President Trump.

But what about Pennsylvania voters who voted absentee in good faith based on a Pennsylvania law that violated the Pennsylvania Constitution? They would have good reason to be angry (and this is assuming that these were actual votes cast by actual Pennsylvanians), but they will have no one to blame but the Pennsylvania legislators themselves, who could not have been unaware that they did not have the authority to pass the vote by mail law in the first place.

Justice Alito has given Pennsylvania until December 9 to respond to Kelley’s suit, so all will soon be revealed.

A SCOTUS ruling striking down the Pennsylvania Supreme Court’s incorrect laches ruling would not of itself hand the election to Trump — for that to happen, there would need to be victories in a couple of other battleground states as well.  But it would be the correct ruling, and if we can just get through this dark night, who knows what tomorrow may bring?