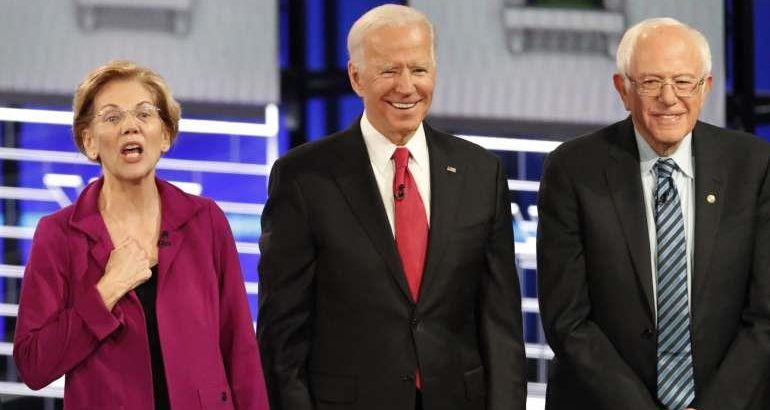 So much for “Diversity”? With the announcement on Monday that Cory Booker would be leaving the race, the Democratic primary field became decidedly more melanin-challenged. It’s worth mentioning and mocking, of course, because the Democrats never, ever stop talking about diversity.

The other things that they have difficulty shutting up about are the evils of wealth and their party’s appeal to younger voters in America.

So it is beyond entertaining that the Democratic candidates will be hitting the stage at Drake University with a group that’s mostly rich, white, male, and older.

They had a get out of jail free card for the last debate, when Andrew Yang’s eleventh hour qualification for the debate lent it a smidgeon of ethnic/racial flare.

Now their diversity street cred is a seventy-year-old patrician northeastern grandma who was once a Native American in her mind.

OK, there’s Mayor Pete too, but nobody over there likes him.