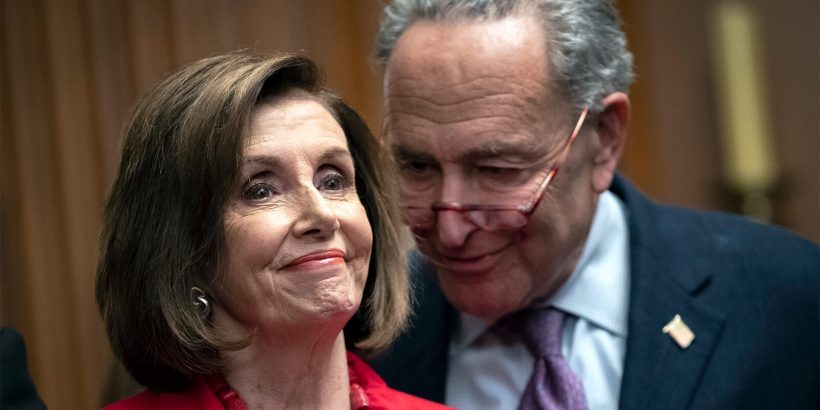 Since the introduction of the so-called “For the People” election bill (S.2093) in the Senate, Republicans have criticized the bill for facilitating voting by illegal immigrants; Democrats have responded by saying they want to make it easier for “eligible voters” to register and attend the polls.

Despite these assurances, some still have concerns that several pieces of legislation introduced by Democrats would help ineligible voters bypass current security measures, get registered, and vote.

Before the Senate went on their month-long August recess, Democrats attempted to move S.2093 out of committee.

Speaking about the legislation on the Senate floor, Cruz said, “It would strike down virtually every reasonable voter integrity law in the country, including voter ID laws … [and] prohibitions on ballot harvesting … [both of which are] supported by the overwhelming majority of this country.” He then criticized the provisions of the bill that “would mandate felons be allowed to vote, and would automatically register millions of illegal aliens to vote.”

In fact, the bill does have provisions that would explicitly bar states from withholding the vote to convicted felons. But voting for illegal aliens is not explicitly outlined in the text of the bill; rather, opponents argue that sections of the bill would make it easy for illegal immigrants to vote without explicitly giving them the right to do so.

A key concern for these critics is a provision buried deep within the bill that would establish an automatic voter registration system. By authorizing various government agencies to share information, the bill would create a system that registers voters automatically using that shared info. Below this section, S.2093 adds that there are to be no consequences for illegals who are automatically registered. Beyond this, the bill would allow people to register to vote on election day without a state-issued identification card—it would only require people to show a student ID, which many schools offer to illegal aliens, or to sign a form swearing that they are legally allowed to vote.

Preston Huennekens, the Government Relations Manager at the Federation for American Immigration Reform (FAIR), explained some concerns that the organization has towards S.2093.

FAIR is a nonpartisan organization that describes its mission as “seeking out solutions that help reduce the negative impact of uncontrolled immigration on the nation’s security, economy, workforce, education, healthcare, and environment.”

Huennekens called the bill “a deeply flawed piece of legislation.”

He said: “On immigration alone, it prohibits the prosecution of any illegal alien under Federal or State law if that alien illegally registered to vote or voted in elections. [It] leaves no room for doubt—this bill shields and excuses fraudulent voting by illegal aliens.”

Asked whether Cruz was correct that the bill would facilitate voting illegally, Huennekens said: “Senator Cruz’s warning that this bill would allow illegal aliens to vote is not far off of the mark. While the legislation itself does not specifically grant illegal aliens the right to vote, it prevents any enforcement taken against those who do. In this way, Section 1014 of the bill [by shielding illegal voters from penalties] is a de facto acceptance and endorsement of illegal voting.”

In regards to Rep. Ruben Gallego’s (D-Ariz.) “Higher Education Dream Act,” Huennekens said the purpose is “to prohibit discrimination in higher education against certain noncitizen students on the basis of immigration status.” The group of “noncitizen students” protected under the legislation is limited to so-called Dreamers, a nickname for the Deferred Action for Childhood Arrivals (DACA) program, a program for people who entered the United States illegally as children. Dreamers have received temporary immunity from deportation under an Obama-era executive action.

Estimates of how many of these Dreamers have received this protection vary widely, from 600,000 on the low end to upwards of 800,000 on the high end. In any case, Gallego’s bill would be hugely consequential.

The bill reads: “An institution of higher education that receives federal funds or financial assistance under any federal program shall not discriminate against or penalize in the admissions process a Dreamer student who is otherwise qualified for admission to the institution, on the basis of that individual’s immigration status, nor shall such an institution differentiate in the admissions process on the basis of residency between a United States citizen applicant and a Dreamer student applying from the same state.”

This would make it illegal for higher education institutions to even consider the legal status of these applicants; schools who violate this clause would be at risk of receiving federal penalties similar to existing penalties for discrimination.

The legislation also overturns a standing U.S. law from 1998 that makes it illegal for non-tax-paying illegal immigrants to receive in-state tuition rates, rates that are only possible because of subsidies from state-level taxes. Should the bill pass, schools would be barred from charging a higher rate of tuition to these applicants than they would charge their state or out-of-state citizen peers.

Finally, the bill would make it illegal for state, federal, or school officials to use information obtained from Dreamers’ admission application to “arrest, detain, or initiate removal proceedings against any person identified in that information.”

“FAIR opposes [Gallego’s bill],” Huennekens said. “The federal government should not force colleges and universities—whether private or public—to admit illegal aliens against the will of their admissions boards.”

He warned that the federal takeover of college admissions would compel universities—in some cases—to admit illegal aliens in place of American citizens.

This concern is well-founded. According to a New American Economy report, estimates drawn from a 2018 survey showed more than 450,000 illegal immigrant students were enrolled in postsecondary education, about two percent of all postsecondary students (pdf).

Admission of illegal aliens has been a policy long in place at many institutions. In an article discussing the situation, the College Board said: “Undocumented students may incorrectly assume that they cannot legally attend college in the United States. However, there is no federal or state law that prohibits the admission of undocumented immigrants to U.S. colleges, public or private.”

But it also notes that many institutions do require such a proof of residence. As an example, the organization points to requirements at four-year universities and colleges in Virginia. Other schools that do admit illegal aliens often require these students to pay out-of-state tuition rates.

Under this legislation, both policies would be a federal offense.

Because of these provisions, Huennekens said the bill “is a disturbing normalization of illegal immigration.”

However, both bills are far from becoming law.

The “For the People Act” has only recently managed to move out of committee in the Senate. Even with this victory for Democrats, the bill is unlikely to pass. With Democrats’ razor-thin majority, even a single vote against such partisan legislation would kill the bill. But it is already clear that Democrats are not unified behind the bill. Sen. Joe Manchin (D-W.Va.) has publicly spoken out against the bill, saying that it would divide the country rather than unify it. But even if Manchin changed his mind, the bill would almost certainly be killed by a filibuster.

Gallego’s bill has an even bigger challenge. It has yet to be moved out of committee, and would likely face stiff opposition from both Republicans and moderate Democrats in the House. But even if Democrats united and made the bill a top priority, it would likely face the same failure by filibuster in the Senate.

Tom Ozimek contributed to this report.