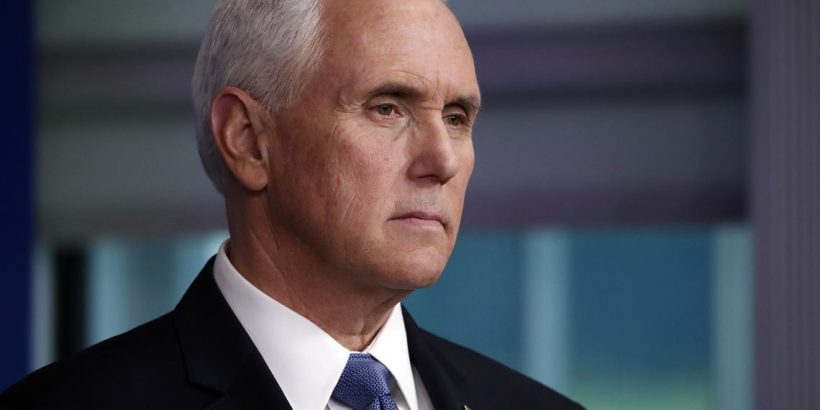 While speaking at the Faith & Freedom Coalition’s conference in Florida, Pence was greeted with the shouts, video footage showed.

“I’m a Christian, a conservative, and a Republican, in that order, and I am honored to stand before you,” Pence said through the shouting.

According to reporters on the scene in Orlando, the people who cried “traitor” were escorted out of the room or left.

Pence drew criticism from some supporters of former President Donald Trump when he declined on Jan. 6 to take action during a joint session of Congress convened to certify electoral votes.

Trump wanted Pence, who was presiding over the session in his role as president of the Senate, to declare that some states had violated the Constitution with the way they ran elections. That move, some believed, could lead to Trump winning the electoral votes from states where Democrat Joe Biden was certified as the winner.

Pence, though, said shortly before the session began that “the Constitution constrains me from claiming unilateral authority to determine which electoral votes should be counted and which should not.”

Trump in response said on Twitter that Pence “didn’t have the courage to do what should have been done to protect our Country and our Constitution, giving States a chance to certify a corrected set of facts, not the fraudulent or inaccurate ones which they were asked to previously certify.”

Protesters later stormed the U.S. Capitol, causing an hours-long interruption of the session. However, Congress ultimately certified Biden as the winner, and the Democrat was sworn in on Jan. 20.

Trump has since indicated that if he runs for president in 2024, he may choose a different running mate.

Pence said at a different event earlier this month that he and Trump have spoken “many times” since they left office in January.

“And I don’t know if we’ll ever see eye to eye on that day. But I will always be proud of what we accomplished for the American people over the last four years,” he said.

“Mike Pence served not only as a member of Congress … one of the most conservative members, he was a governor of Indiana, and he was a vice president, stood right by President Trump,” McCarthy said on “Fox & Friends.”

“Helped him get through the tax reform, get those judges in, presiding over the Senate as well. Mike Pence deserves a lot of credit,” he added.