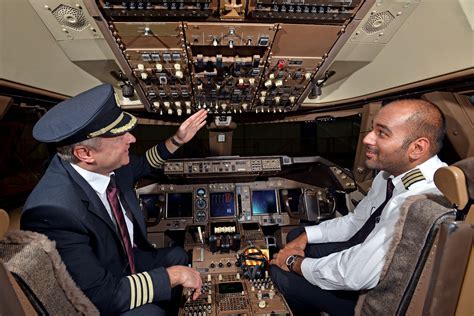 An international coalition of aviation and medical professionals from countries like the United States, United Kingdom, France, and Switzerland have published a statement raising serious concerns about the compromise in aviation safety due to COVID-19 vaccine injuries among the flight crew.

Advocacy groups, scientists, and doctors are receiving reports of COVID-19 vaccine-injured airline pilots on a daily basis, claimed the signatories in the statement. Harms suffered by pilots include blood clots, cardiovascular issues, auditory and neurological issues, and more.

“Many of our pilots have lost medical certification to fly and may not recover the same. Others are continuing to pilot aircraft while carrying symptoms that should be declared and investigated, creating a human factors hazard of unprecedented breadth. The very foundation of our just safety culture—non-punitive reporting—no longer exists,” according to the May 18 statement.

“Pilots have suffered and are suffering medical issues that at least correlate to receiving COVID-19 vaccinations. Their spectrum of symptoms is broad, ranging up to death. Pilots who report their injury face possible loss of licensing, income, and career while receiving little to no support from their unions, and a prosecutorial invective from employing airlines.”

The statement represents more than 30 airlines, thousands of pilots, and over 17,000 physicians and medical scientists. Signatories of the document include Free to Fly from Canada, US Freedom Flyers, UK Medical Freedom Alliance, Airliners for Humanity from Switzerland, and more.

Pilots who have been let go have resorted to working in a variety of industries to generate income, including manufacturing and processing plants, truck driving, furniture moving, and graphic design, said Greg Hill, Director of Free to Fly.

“It’s really about control,” Hill told The Epoch Times, referring to the Canadian government’s vaccine mandate policy. “Why are the Canadian airlines not raising their voices to demand that these mandates be dropped?”

According to the policy, all citizens over 12 years old need to be fully vaccinated in order to board domestic or international flights, as well as trains.

Regarding alternate modes of transportation, Canada has a breadth of 8,850 miles (5,500 miles). “We have people from Quebec whose parents are dying and they can’t get to see them without driving for 4–5 days. It’s absolute cruelty and makes no sense.”

Many airlines have indemnified themselves from liability against damages suffered by airline staff who have taken COVID-19 jabs, mentioning it in the same documents that forced vaccine mandates on employees.

Documents from Pfizer as well as regulatory documents from organizations like the U.S. Food and Drug Administration (FDA), Health Canada, European Medicines Agency (EMA), and the UK’s Medicines Healthcare Regulatory Agency (MHRA) show that they have withheld “essential safety and efficacy information” from the public, the groups claimed.

To make matters worse, airlines, aviation regulators, or unions seem to have not performed any of their due diligence on COVID-19 vaccines and their impact on pilot performance and health, which is at “complete odds with existing aviation medical standards,” according to the statement.

Failure to address these matters brings harm to the traditional aviation mantra of “safety first, always,” the groups argued.

Airlines and unions have been repeatedly warned of dire repercussions by several signatories of the statement. Yet, “little meaningful action” has been taken; instead, there has been silence and “stone-walling,” the statement said.

The joint statement lists some of the airlines that have allegedly had pilots injured due to COVID-19 vaccines, which includes eight from the United States, two from the Netherlands, one from Germany, and three each from Australia, Canada, and France. The U.S. airlines include American, JetBlue, Delta, Southwest, Spirit, United, Frontier, and Alaska.

The signatories called on the aviation regulatory bodies in the United States, United Kingdom, Canada, Australia, and the European Union to begin fulfilling their obligations.

The statement asks that: COVID-19 vaccination mandates are discontinued; a permissive environment for self-reporting is emphasized by both airlines and regulators; pilots and cabin crew be subjected to “thorough and objective aviation medical screenings;” and airline and regulators retain data regarding “sickness and medical certificate suspension,” with the data being analyzed by independent third parties either to establish or rule out COVID-19 vaccination as a possible cause.

The public statement from the coalition comes as multiple stories of COVID-19 vaccines ruining the lives of pilots are coming to the fore.

Bob Snow, a captain with a major U.S. airline, received a Johnson & Johnson COVID-19 shot on Nov. 4, 2021, due to the vaccine mandate of his employer. A little over two months after taking the vaccine, he began to experience medical issues.

On April 9, after landing at Dallas-Forth Worth International Airport, Snow suffered a cardiac arrest. He was diagnosed as having suffered a sudden cardiac arrest (SCA). Before the incident, he had no history of prior significant cardiac issues, as shown by two electrocardiograms he has taken every year for the previous 10 years.

Snow has been recuperating from home since April 15 and does not believe he will fly again. “[F]or now, it appears my flying career—indeed, likely all flying as a pilot—has come to a rapid and unexpected conclusion as SCA is a red flag to FAA medical certification,” he said to The Defender. This has resulted in “a significant loss of income and lifestyle.”