Trump’s Agenda Is To Unite America, With The Help Of Digital Soldiers, He Will Do It 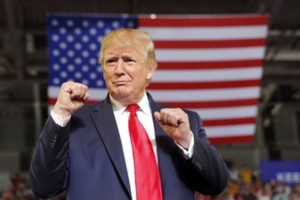 President Trump and the White Hats have been working on their agenda against the Deep State since he won the presidency. With the impeachment, the pandemic, riots, etc., the people needed to feel what it would be like not to have any rule of law; any US Constitution.

Destroying cities, businesses and homes, no police, and then watching the mayors and governors just sit back and watch, is nothing we ever thought we would see in our lifetime.  If we were told last year, all this would happen this year, we wouldn’t have believed it. America had to wake up…and many of us are.

Several years ago, state and city officials pushed us to turn in our guns and ammo. Many complied. Were these officials tipped off about a future catastrophe? For those who are awake, this idea does not come as a surprise. We embrace our 2nd Amendment right! The person carrying the weapon has all the power.

The DS has done everything in their power to end the government’s restarting of federal executions but it failed. The Supreme Court sided with the Trump Administration. The decision to reject the legal challenge clears the way for the DOJ  to authorize Federal Executions, the first one being July 13th.

We know many DS players are going to be arrested for their crimes. This is why they have been very vocal against federal executions.  Many will be tried for treason, sedition, crimes against humanity and they know what is waiting for them. Susan Rice put out that tweet about suicide prevention.  All they have left is this pandemic, the riots, and any other thing they can throw at Trump.

But Trump and the White Hats already know their plan and they know how to counter. Digital Soldiers understand and have learned how to research and how to network. We learned about Information warfare and the power of Social Media to communicate and build our libraries of knowledge.

Digital Soldiers are reporting the real news. It’s coming out, corruption, sedition, treason, and because of this, the population is learning truth and when it comes out, this will unite America!

Trump wants the rule of law established and followed, and wants the Constitution back. He wants the people united. This is the agenda.

The DS most likely will take down social media platforms to keep Digital Soldiers from revealing their findings. Many people have established websites to keep their narratives going in case their platforms go down. 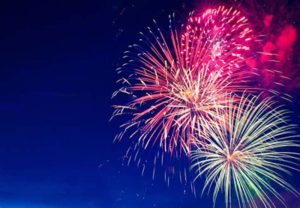 Scott Baio from the 70’s show, Happy Days, tweeted out, “This week you can expect some major fireworks from me. The TRUTH, about a lot of things, will finally be told…..”

What will be told? Will Twitter ban Scott’s channel before he can tell his story?

When will all of this corruption stop… the hearings, the impeachment, the pandemic? It’s all in play because the DS does not want to lose in November. But on November 4th, 2020, all this madness will end. The Silent Majority is awake.