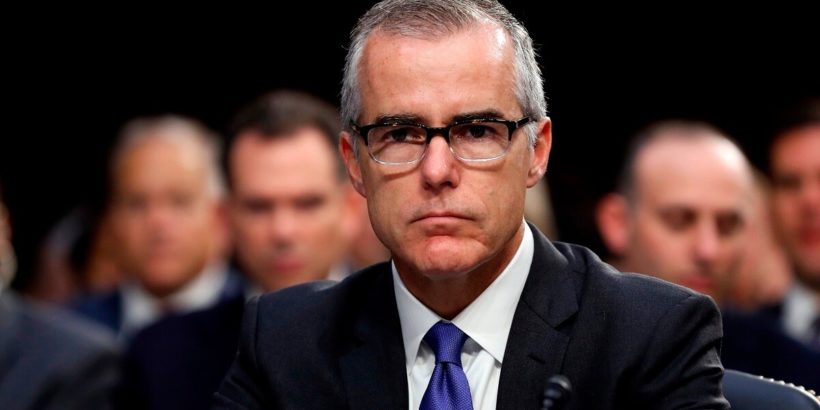 Former FBI chief Andrew McCabe faced scorching criticism and potential criminal prosecution for changing his story about a conversation he had with a Wall Street Journal reporter. Now newly released interview transcripts show McCabe expressed remorse to internal FBI investigators when they pressed him on the about-face.

The FBI released the documents in response to a Freedom of Information Act lawsuit by the government watchdog group Citizens for Responsibility and Ethics in Washington (CREW). They provide fresh details about the investigation into a leak to the Journal, McCabe’s role in it, and the reaction of agents who investigated it.

The apparent leak drew scrutiny from the bureau’s internal investigation team, which interviewed McCabe on May 9, 2017, the day President Donald Trump fired James Comey from his post as FBI director. The agents interviewed him as part of an investigation regarding a different media leak to the online publication Circa, and also asked him about the Journal story.

In that interview, McCabe said he did not know how the Journal story came to be. But a few months later, his story changed after he reviewed his answer.

McCabe knowingly lied to FBI investigators about his role in leaking documents to the Wall Street Journal.

Roger Stone is looking at life in prison for less than this.

The double-standard in this Justice Department must stop in 2020.
Americans will no longer tolerate this preferential treatment of deep state scum.