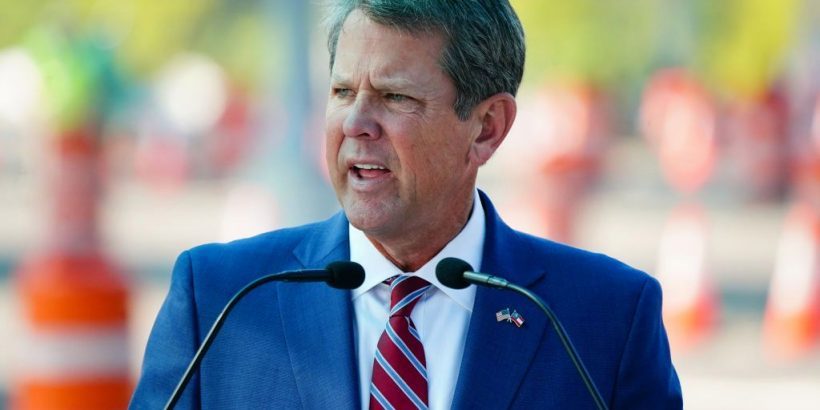 GOP state lawmakers, who dominate the Georgia House and Senate, swiftly moved the legislation, despite objections raised by Democrats. The bill passed 34-20 in the state Senate and 100-75 in the state House.

The legislation, the first to be passed in a battleground state since President Joe Biden‘s declared victory in Georgia, will impose voter identification requirements for absentee ballots, give state officials authority to take over local elections boards, limit the use of ballot drop boxes, and make it a crime to approach voters in line to give them food and water.

“Significant reforms to our state elections were needed. There’s no doubt there were many alarming issues with how the election was handled, and those problems, understandably, led to a crisis of confidence in the ballot box here in Georgia,” Kemp said after signing the bill into law.

The 95-page elections bill will not allow drop boxes to be available to voters in the last four days of an election, when it’s normally too late to mail ballots out on time.

Absentee voters would have to submit driver’s license numbers or other documentation under a process for checking someone’s identification, which would replace signature-matching processes. More than 200,000 Georgia voters lack a state identification or driver’s license, so they would need to provide additional proof of their identities.

Absentee ballots would also have to be requested 11 days before election day, and provisional ballots cast in the wrong precinct would be disqualified.

The final version of the bill, however, did not include a proposal to end no-excuse absentee voting, which has let any Georgia voter cast an absentee ballot since 2005. Lawmakers didn’t want to restrict mail-in voting to those who are 65 or older, have a physical disability, or are out of town.

“I’m here because the work never ends,” Marla Cureton told the Atlanta Journal-Constitution. “It’s a reminder to Democrats around the country that this is going to be an ongoing fight.”

GOP-controlled legislatures across the country have been calling for voting reform efforts since the presidential election.

The 2020 election was mired in litigation by the Trump campaign and accusations of voter fraud. Some Republicans also expressed concerns about mass mail-in voting.

In Georgia, over a quarter of the 5 million voters in November 2020’s election submitted an absentee ballot.