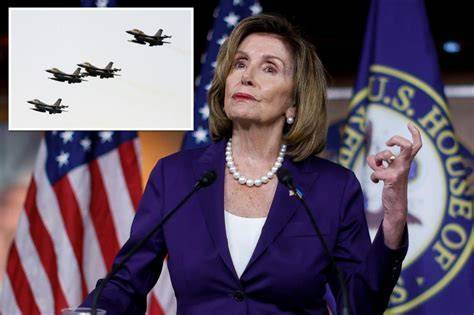 A Chinese state media figure has warned that mainland China will carry out “severe punishment” on Taiwan should House Speaker Nancy Pelosi visit.

Hu Xijin, a commentator for China’s state-affiliated Global Times, warned on Saturday via Twitter: “If Pelosi really visits Taiwan as planned, the Tsai Ing-Wen authorities are accomplice. The mainland will definitely carry out severe punishment actions on Taiwan at the same time. The unbearable consequences will fall on Tsai authorities.”

It was the second time in as many days that Hu had taken to his social media account to threaten dire consequences should the California Democrat touch down on the island.

On Friday, he warned: “If US fighter jets escort Pelosi’s plane into Taiwan, it is [an] invasion. The PLA has the right to forcibly dispel Pelosi’s plane and the US fighter jets, including firing warning shots and making tactical movement of obstruction. If ineffective, then shoot them down.”

The speaker left for an Asia trip on Friday, but it is unclear if she will stop in Taiwan, an island of 24 million people that remains disputed between its government and mainland China.

The Biden administration and Department of Defense officials have repeatedly said the decision was up to Pelosi, but President Joe Biden did say last week that the military was concerned about it.

On Friday, National Security Council spokesman John Kirby said: “There’s no reason for it to come to that, to come to blows, to come to increased physical tension.”

“There’s no reason for that because there’s been no change in American policy with respect to One China,” he said.