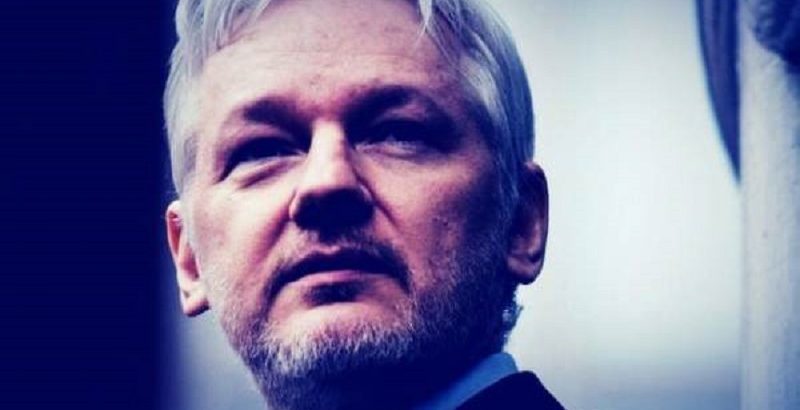 A Spanish defense and security company that was spying on Julian Assange during his political asylum was sharing their server containing profiles and information about the WikiLeaks founder’s guests, including doctors, lawyers, and journalists, with the CIA.

The company, Undercover Global SL, also recorded audio and video of all his visits in London’s Ecuadorian embassy and shared them with the American spy agency, Spanish newspaper El Pais reports.

The newspaper described UG Global SL’s headquarters as a “kind of ‘Big Brother’ where all the data was deposited in an orderly manner,” the data gathered on Assange and his visitors. The information was sorted by the guest’s nationality, and included doctors, lawyers, journalists and diplomats.

One of the company’s primary objectives was to photograph the IMEI number of visitor’s phones, which is one of the most valuable pieces of information to hack a phone. When visitors arrived at the embassy they were forced to leave any computers or phones at the front desk. The company then took apart the phones to photograph the number.

The Spanish article says that their study of the reports prepared for years by this company demonstrates that international news and the events surrounding the publisher modified the objectives of the company and its “North American clients.”

Video cameras with microphones were placed in the embassy in late 2017 and recorded the publisher 24 hours a day. Following each visit, a report with the date of the appointment, copy of the guest’s passport, and video of the visit were logged by the company.

During my last visit with Assange prior to his arrest, the staff of the embassy locked this reporter in a room while their ambassador got into a fight with the publisher. The embassy had been refusing to let him meet with me unless he, and his lawyer, went through a full body search prior to being allowed into the room where I was.

In the fireworks that followed, Assange accused the ambassador of being an agent of the United States government.

Just like my previous visit, since new rules for visitors were enacted, I couldn’t take my phone into the meeting without giving the Ecuadorian officials a swathe of data. If you want to take it in with you, they request its brand, model, serial number, IMEI number, and telephone number. I was also advised that Ecuador could not be trusted to hold my phone while I met with Assange, so I left it behind and walked to the embassy phoneless. The new protocol also stated that the embassy would keep a record of all visits made to Assange and the data that they provide. This information will be sent to the Ecuadorian Ministry of Foreign Affairs and other “undisclosed agencies,” which we know now included the CIA.

A few moments after my arrival at the embassy, just weeks before his arrest, Assange walked by the door, but could not enter. Embassy staff demanded that he submit to a full-body scan with a metal detector before allowing him in the room. They had not done this with any other visitor in the nearly seven years that he has lived there, including during my previous visits.

“I don’t want to do the body scan. It is undignified and not appropriate,” I heard Assange say. “I am just trying to have a private meeting with a journalist.”

He was not allowed in to see me.

A bit later, I decided to leave the room for an update from embassy staff. I quickly discovered that the door was locked from the outside. So I went to the second door — that was locked too. That was when I realized that Ecuadorian officials had deliberately imprisoned me in a room.

I could hear Assange arguing that as a political refugee the embassy has a duty to protect him — not to treat him as a prisoner.

“Is this a prison?” Assange asks.

The visit to the publisher had, in fact, become eerily similar to visits I have made to inmates at federal penitentiaries in the US. It seemed our government was getting what they wanted from Ecuador, as a former senior State Department official told Buzzfeed in January, “as far as we’re concerned, he’s in jail.”

Assange, clearly agitated, demanded to know “why are you surveilling me speaking to a US journalist? Do you think it’s unreasonable for me to expect privacy when I meet with a journalist? Why are you silent?”

Finally, someone from the embassy came in and told me that I needed to go to the lobby so that the ambassador could meet with Assange in the room. The room with the cameras and the bugs.

Sitting in the lobby I hear much of the conversation, so I begin to take notes.

“Is this a prison? This is how you treat a prisoner, not a political refugee!” Assange demands.

Ambassador Jaime Alberto Marchán retorts, saying it’s “for our protection, and to protect you!”

At this point, clearly frustrated, Assange asserts: “I am trying to have a private conversation with a journalist. I am also a journalist — and you’re stopping me from doing my work. How can I safely relay my mistreatment and the illegality going on here to this journalist while under surveillance?”

One of the issues, it seemed, is that Assange wanted to bring a small radio into the conference room to muffle our voices, so the microphones surveilling the room wouldn’t pick up what we were saying as easily.

“You have been illegally surveilling me,” Assange sternly insists.

“I want you to shut up,” the ambassador says.

“I know you want me to shut up — the Ecuadorian president has already gagged me,” Assange fired back. “I am banned from producing journalism.”

Assange wasn’t wrong. On March 28, 2018, Ecuador caved to pressure from the United States government to isolate Assange by revoking his right to have visitors, make phone calls or use the internet. In order to have his visits and internet restored, he was presented with a nine-page document that outlined limitations and restrictions on what he would be able to do and say online.

The argument continued to escalate. Assange brought up the fact that Ecuador allowed people with diplomatic immunity to be questioned by the US government in January. It is, of course, highly unusual for a sovereign nation to permit foreign officials to question its diplomatic personnel over diplomatic work, the confidentiality of which is protected by international law.

“You are acting as an agent of the United States government and preventing me from speaking with a US journalist about these violations,” Assange demanded. “What kind of sovereign state allows its ambassadors to be interrogated by another nation? No self respecting state does that!”

According to this new report from El Pais, he was absolutely correct.

During a previous visit in January, 2017, I had reported on the surveillance in the embassy being more akin to those of a political dissident in China or Stasi-era Germany — not a journalist claiming political asylum from a country that once promised to protect his right to publish information. There was no angle in the embassy that wasn’t being recorded by a forest of menacingly Orwellian black cameras.

Assange is currently imprisoned at Belmarsh Prison in the UK awaiting an extradition hearing to determine if he will be sent to the United States to face trial for the crime of publishing. The hearings are scheduled to begin in February. He has been in the hospital wing of the prison since May as his health continues to deteriorate.