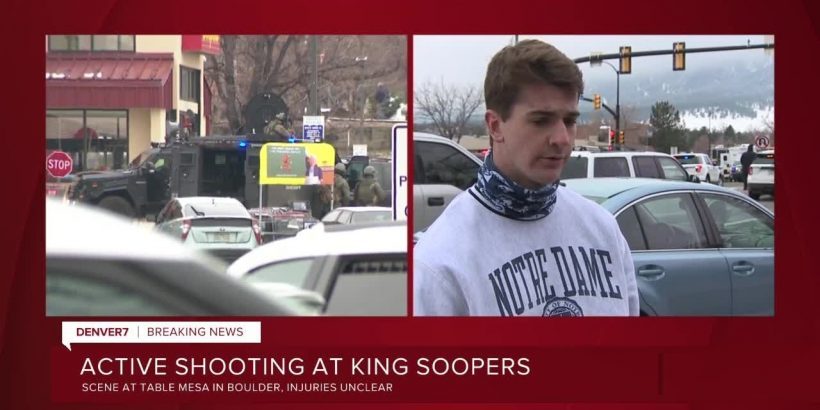 Anytime a mass shooting takes place, Democrats and members of the mainstream media make assumptions about why the gunman carried out the attack and how gun control proposals could have prevented the tragedy. The same thing happened following last week’s attack in Boulder, Colorado. As the scene was unfolding, speculation took place and instant calls for anti-Second Amendment legislation were imminent.

Ahmad Al Aliwi Alissa purchased his Ruger AR-556 pistol six days before he carried out the attack at the Kings Soopers store in Boulder. He made the purchase at the Eagles Nest Armory in Arvada, Colorado, Reuters reported.

Alissa purchased his firearm from a Federal Firearms Licensee (FFL), meaning he purchased the firearm legally. He went to a “gun dealer,” filled out a 4473 form – the form that’s used to process a background check through the National Instant Criminal Background Check System (NICS) – underwent a background check, he passed, and the sale proceeded.

Democrats – including President Joe Biden – are pushing for the Senate to pass H.R. 8 and H.R. 1446, a pair of bills that would expand background checks, meaning a seller would have to undergo a background check, even for private sales.

There are three problems with these calls though: the first is that Colorado has universal background checks. If a person sells their firearm privately, he or she must meet the buyer at an FFL, where the buyer has to fill out the 4473 form and undergo the background check process. Even if Alissa purchased the firearm from a private party (which he didn’t), he would still have to go to an FFL and have a background check run. The state has had this law in place since March of 2013, following the attacks at Sandy Hook.

The second issue: Alissa didn’t have any felony convictions. He had a misdemeanor assault charge on his record for hitting another student when he was a senior in high school, back in 2018. In order to be denied for firearm purchases, a felony conviction has to be on a person’s record. This was a legal transaction. He was not deemed a prohibited possessor at the time of purchase.

The third problem: the gunman was on the FBI’s watch list before the shooting. Did the agency have information that showed he was a threat? Did they have information about a potential attack? Was this another example of the FBI dropping the ball?

Universal background checks sound great on paper, especially to those who are ignorant about firearm policies and legislation, but they do very little to curb “gun violence.” The Boulder shooting is the latest example of where those gun control measures – which proponents guarantee would prevent mass carnage – have failed.

AWR Hawkins from Breitbart listed the other attacks where other gunmen legally obtained through firearms (through background checks conducted at FFLs):

What these bills really do is to create a firearms registry. It would mean the government would know exactly who owns what guns moving forward, something Second Amendment supporters believe could lead to firearm confiscation. It also penalizes private party transfers, which typically take place between family and friends, and already regulated. Further legislation would be redundant.