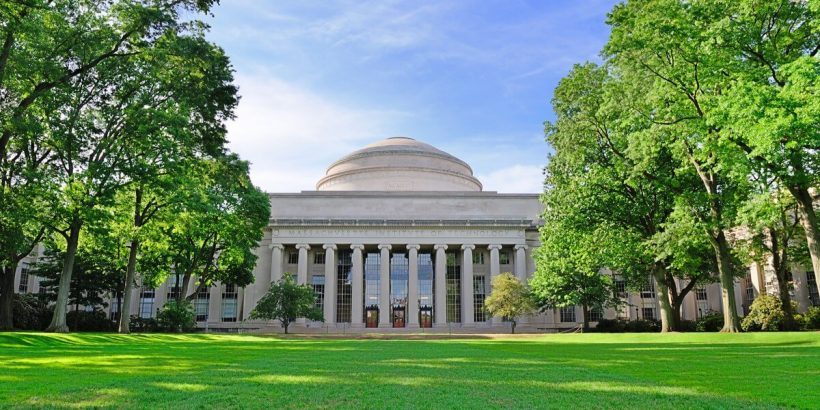 American universities have become completely leftist in outlook, something that is depriving students of both knowledge and wisdom. Moreover, they intend to stay that way, as demonstrated by a single question they ask applicants seeking teaching positions, a question that will stop the process dead in its tracks when the applicant is a conservative.

In 2006, I moved to Europe to become a university lecturer. I was one of three co-founders and the chair of the art department at a school for game developers in the Netherlands. In that role, I hired and supervised our teachers, developed the curriculum, helped promote the school publicly, and most importantly, taught a lot of classes (computer graphics, anatomy, and research writing, among others).

My first rule was “never lie to the students.” This rule had four practical components:

(1) The curriculum had to be practical in the context of helping the students become working professionals.

(2) Teachers would never pretend to know something they didn’t.

(3) Teachers would grade without bias (positive or negative).

(4) Any failures or omissions would be corrected as soon as they were discovered.

The school did well. We quickly earned many awards, international recognition, and our graduates went on to work in good positions at prominent companies around the world.

Alongside my teaching duties, I earned a Ph.D. in Education at King’s College, London. Shortly after the viva (i.e., oral) exam for my doctorate, my wife prevailed upon me to return to the United States so that she could care for her elderly mother. With Ph.D. in hand and twelve years of teaching experience at a successful academy I co-founded, I assumed it would be an easy matter to secure another teaching position in America. However, I am a conservative, and that changes things considerably.

It is difficult to understate how important a university education is, not only for the knowledge and skills it can impart but for the danger it presents if that education is corrupted. Corruption can take many forms, but the most prevalent danger today is socialism. Citizens of socialist countries have all suffered from their education systems’ malevolent embrace of curricula designed to indoctrinate their subjects rather than educate them.

Why go to the trouble and expense of imprisoning your labor-ready workforce in re-education camps when you can get what you want by indoctrinating them as children instead? Doing so avoids the negative image associated with torturing your own citizens, and the “education” takes place before your citizens’ peak labor years arrive. It is a win-win situation for leaders who see their people as slave labor. Unfortunately, leftist Americans in academia have learned from this example and created similar education systems here.

The message I recall from my early school years in the 1970s was that science has proven atheism superior to any form of theistic belief. At the time, anti-American messages had only just begun and were primitive in form. The Vietnam War was a terrible mistake, I was told, but America was good before that.

One thing I didn’t notice was that by taking God out of the equation and substituting “science” in His place, every subject could be rewritten so long as a “scientific” argument could be made to support it. The good news for communists is that there is always enough disagreement among academics to find something that served their ends.

Today, schools at all levels have been saturated with socialist, atheist, and anti-scientific ideas. The entire Caucasian race, according to Critical Race Theory, is somehow guilty of racism. According to the 1619 Project, America is founded on slavery. Boys can be girls, girls can be boys, and boys can compete against girls in sports without undermining women’s rights, all thanks to the LGBTQ agenda. There are no shortages of strange examples.

The unproven Theory of Evolution, despite its scientific underpinnings being open to challenge, is taught as fact. Abortion is described as a trivial “women’s health” issue. Casual sex is encouraged but reproduction is not. The failed doctrines of communism and fascism are used to encourage criminal behavior among students in the name of the oxymoronic “peaceful protest.” America’s university environment in 2021 is unrecognizable to people from my generation and earlier, who will remember at least some efforts to educate rather than indoctrinate.

This was the environment I encountered when I started looking for a university position in New York. I wish I could give a detailed report about the many ways conservative teachers are kept out of universities but I actually never went through the whole process. Instead, the schools to which I planned to apply managed to stop my applications before I finished writing them.

After filling in basic personal information, each school had a simple but elegant “no conservatives allowed” message. The details of the messages varied from school to school but they all amounted to the same thing: a loyalty pledge to the LGBTQ movement. Applicants were required either to write a statement attesting to their support of the LGBTQ agenda or sign a similar statement loaded with legal language that the university provided.

The document is a trap for conservatives. Once signed, it gives universities an easy method to fire anyone who transgresses, even unintentionally.

In the Netherlands, shortly before I resigned to return to America, one of the teachers mentioned to me and another teacher that he had just received a directive that we had to refer to students with pronouns that matched their preferences. Within thirty minutes, I saw him refer to a boy in a dress as “he” twice, and then hurriedly “correct” himself to saying “her.” If a person who wants to follow the policy can make that mistake, imagine how difficult it would be for someone who objects.

What schools have accomplished with this simple tactic is to remove many conservatives from consideration for teaching jobs. Why should conservatives apply for a job they are unlikely to secure and from which they’re highly likely to be fired once their beliefs are known? Instead, they find some other way to make a living.