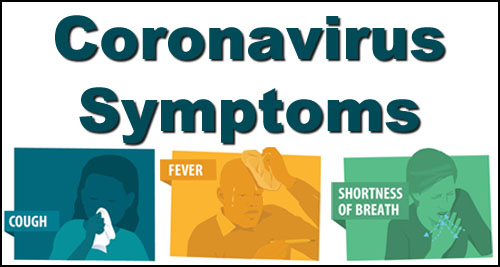 How to protect yourself from coronavirus

Amid an outbreak of a deadly pneumonia-like illness that’s claimed at least 2,250 and sickened some 76,000 others, how can you protect yourself?

The novel coronavirus that’s to blame for the illnesses began in the Chinese city of Wuhan and has since spread to at least 29 countries — including the United States. Hundreds of Americans have been evacuated from the city on State Department-chartered flights and are completing quarantine orders at several military bases.

The Centers for Disease Control and Prevention (CDC) maintains that the risk to the public is currently low. But since scientists have confirmed the disease is indeed transmissible between humans, there are a few things you can do to keep yourself as healthy as possible.

First, what is coronavirus?

Coronaviruses, according to the World Health Organization (WHO), are a large family of viruses that can cause a range of illnesses, from the common cold to Severe Acute Respiratory Syndrome (SARS) — the latter of which also began in China and infected some 8,000 people during a 2002-2003 outbreak. At least 770 died after it spread to other cities and countries across the world.

Coronaviruses can spread between animals and people — meaning they are zoonotic. Officials have said the current outbreak , COVID-19, likely began at an animal and seafood market in Wuhan.

Symptoms of COVID-19, the novel coronavirus, have been reported to include fever, cough and shortness of breath.

The Director of the National Institute of Allergy and Infectious Diseases, Anthony Fauci, noted that the symptoms are similar to other respiratory infections. Most U.S. residents experiencing symptoms are likely infected with the flu or “some other virus,” he told Scientific American.

“But if they came from Wuhan,” he noted, “it’s likely to be the new coronavirus.”

“The symptoms are very common to a number of viruses, though, so [the association] is based on epidemiology [and is confirmed by the rRT-PCR test],” he added.

Unfortunately, there isn’t much you can do to protect yourself from coronaviruses aside from following basic wellness practices.

If you are sick, you can protect others by:

At this time, there is no vaccine to protect against coronavirus infections. That said, officials with the National Institutes of Health (NIH) confirmed to Fox News this week that they are working on a vaccine to combat the China-linked coronavirus.

Officials with the National Institute of Allergy and Infectious Diseases have obtained the genetic sequence of the virus from the Chinese to begin developing a vaccine, Fauci told Scientific American.

However, “That doesn’t mean we will have a vaccine ready for use in three months; even in an emergency, that would take a year or more,” he said.