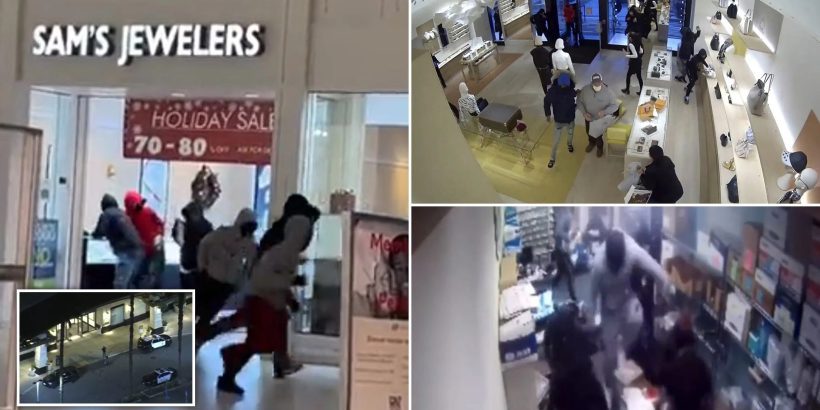 A growing number of U.S. retailers are ringing alarm bells on organized looting that is gripping many major urban markets across the country.

Barry noted that the retailer was determining how to “lock up” products while also ensuring “a good customer experience.” The Best Buy chief executive confirmed that some store locations had hired security guards.

Speaking in an interview with CNBC’s “Squawk Box,” Barry stated that mass store thefts have been “traumatic” for employees as she witnessed “more loosely organized groups come together and target our stores.”

“What I would really stress here is, for our employees, these are really traumatic experiences. Obviously, their safety is our first priority,” she said.

“They are happening more and more across the country. It’s really been a horrible change in the trajectory of the business, and one we are working hard to try and stem.”

Apple and Nordstrom were victims of robberies after criminals targeted stores in California. Robbers stole as many as eight expensive purses from Nordstrom in Los Angeles, while others took as much as $20,000 in merchandise from an Apple store in Santa Rosa.

A mob of thieves targeted a Neiman Marcus location and a GameStop store in Chicago on Monday. Criminals also stole about $100,000 worth of products from a Louis Vuitton store in the city last week.

Walgreens announced in October that it would be closing five San Francisco stores, citing crime sprees in the area.

A wide variety of brick-and-mortar retailers across the country are seeing a significant jump in shoplifting.

The Coalition of Law Enforcement and Retail recently predicted that organized retail theft has cost companies approximately $45 billion in annual losses, up 50 percent from a decade ago.

The National Retail Federation (NRF) estimates that organized retail crime costs an average of $700,000 per $1 billion in sales. According to the industry body’s 2020 Organized Retail Crime Survey, 75 percent of retailers reported an increase in merchandise heists. The NRF’s 2021 National Retail Security Survey also highlighted that two-thirds of retailers stated that the pandemic enhanced the risk of theft for their business.

In addition to smash-and-grab efforts, criminals are changing their tactics, too.

Gail Morris, director of investigations at Williams-Sonoma, Inc., noted that culprits return stolen goods without receipts and claim it was a gift. But that is not the scheme they are employing.

“They try to socially engineer care center people on the phone. They may say they have something that doesn’t work and return a box of rocks because we just look at the tracking number,” Morris stated. “It’s a scheme that has been around for years, but it’s easier to get away with because businesses are heavily focused on their ecommerce channels.”

Experts contend that criminal justice reforms in recent years have become partly responsible for shoplifting. Over the last 20 years, 40 states have raised the thresholds for the value of stolen merchandise that leads to a felony charge, effectively easing penalties for shoplifting, says the National Association of Shoplifting Prevention.

It is not only retailers concerned about the wave of thefts. U.S. households are also worried about becoming targets.

It is estimated that 92 percent of Americans will receive a package delivered for Christmas. But this generosity and convenience may also cause some concern amid the rise of “porch pirates.”

According to a new study by C+R Research, about a third of Americans are worried about holiday package theft.

The annual report noted that 23 percent have had a package stolen. Still, this has not deterred consumers, as 28 percent report they plan on doing more online shopping this Christmas.

Many are also taking the necessary precautions to avoid becoming victims of theft. Twenty-seven percent are sending their deliveries to work or a relative’s house, while 40 percent have installed a doorbell camera or motion lights.

“Regardless of the time of year, it remains critical for consumers to take precautions when ordering items online. Adding security features and staying home for deliveries are some of the best ways to prevent package theft in 2021 and beyond,” study authors explained.

In the end, it is the customer’s pocketbook that bears the cost. The issue of organized looting forces retailers to pass the cost of lost goods onto the customers, industry experts say.

“Your prices are going to go up. When it’s a function of retail theft, that’s just money right out of the bottom line,” Brad Scholz, president and CEO of the Wisconsin Grocers Association, told the Washington Examiner. “It comes down to recovering the cost from their customers. Nobody likes to talk about that.”

When the consumer price index (CPI) is at a more than 30-year high of 6.2 percent, this is something that shoppers cannot afford. In the meantime, more consumers are changing their shopping habits, whether frequenting stores in the daytime or heading online.