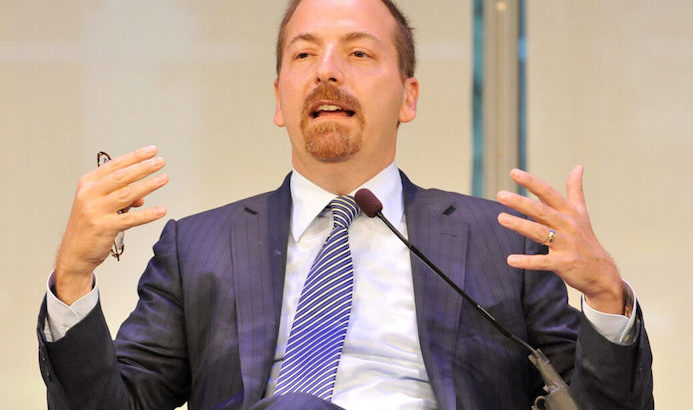 Newscaster Chuck Todd gave an account of Bill Barr being interviewed by CBS. What Todd failed to add was the rest of Barr’s comment completely taking it out of context. When this deception of Todd was exposed, many called for his resignation, including President Trump.

Todd says he did not watch the clip, nor did he consult a transcript. Does this suggest incompetency for this position?

Disinformation is truly the enemy of the people. Deception in the news, a.k.a. fake news, even though corrected, can never fully be retracted. Not everyone will catch it the second time around.

In a world where chaos prevails, viewers are looking for truth, justice and peace. People are now rising up, looking beyond mainstream news.

NBC anchor Chuck Todd apologized for spreading disinformation about Attorney General William Barr, claiming he had not watched a full interview with the official from which he took a brief, edited clip to try to make a point.

Todd’s “Meet the Press” show included a clip of Barr’s recent interview with CBS. It showed Barr saying that “history’s written by the winners” after being asked how history would view the Department of Justice moving to dismiss the case against former national security adviser Michael Flynn.

“So it largely depends on who’s writing the history,” Barr added.

The clip was cut off there during Sunday’s program.

Barr went on to say: “But I think a fair history would say that it was a good decision because it upheld the rule of law. It helped, it upheld the standards of the Department of Justice, and it undid what was an injustice.”

Todd told viewers: “He didn’t make the case that he was upholding the rule of law. He was almost admitting that, yeah, this is a political job.”

Todd on Tuesday apologized, saying he had not watched the interview with Barr or even consulted a transcript, which was posted on CBS’ website on May 7.

“During the program, we aired a soundbite from a CBS interview with Attorney General Bill Barr,” Todd said. “In the bite that we aired, and commented on, Mr. Barr was asked how he thinks the history of his decision to end the prosecution of the former national security adviser, Michael Flynn, will be written. Mr. Barr answered, quote, ‘History is written by the winner, so it largely depends on who’s writing the history.’”

“In the full version of the interview and transcript, he went on to say, ‘But I think a fair history would say it was a good decision because it upheld the rule of law.’

“Now, we did not edit that out. That was not our edit. We didn’t include it because we only saw the shorter of two clips CBS did air. We should’ve looked at both and checked for a full transcript, a mistake that I wish we hadn’t made and one that I wish I hadn’t made.

“The second part of the attorney general’s would have put it in the proper context, and had I seen that part of the interview, I would not have framed the conversation the way that I did. And I, obviously, am very sorry for that mistake. We strive to do better going forward.”

NBC hasn’t responded to requests for comment, including inquiries about whether it’s standard practice for staffers not to watch full interviews or read transcripts before using clips in programs and whether any new policies would be enacted after it spread disinformation about Barr.

MSNBC’s “Morning Joe” on May 8 aired the same edited clip as NBC. Joe Scarborough, one of the show’s hosts, told viewers: “It’s written by the winners, that tells you all you need to know. Might makes right. The rule of law doesn’t matter.”

MSNBC hasn’t responded to inquiries about whether it will issue an apology or statement about spreading disinformation.

President Donald Trump called for Todd to be fired while Kerri Kupec, a Department of Justice spokeswoman, called what happened on “Meet the Press” “deceptive.”