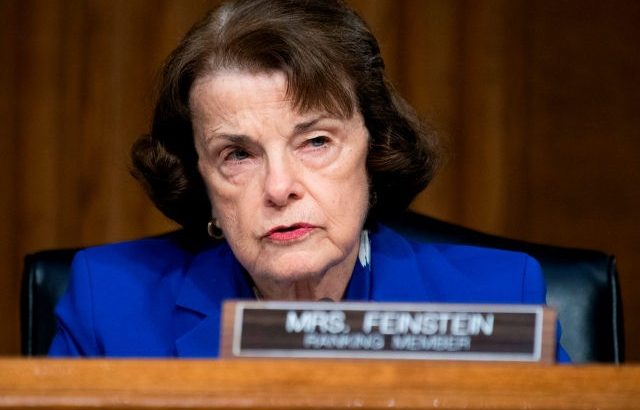 Among the concerning exchanges: One unnamed California member of Congress who had known the longtime political titan for at least 15 years had to reintroduce themselves to her multiple times during an hours long conversation. Compared to a few years ago, this member of Congress told the Chronicle, Feinstein lacked the detail-oriented and commanding presence that she once was known for around the Capitol.

“She was an intellectual and political force not that long ago, and that’s why my encounter with her was so jarring,” the congressperson said. “Because there was just no trace of that.”

Another Democratic senator put it bluntly. “It’s bad, and it’s getting worse,” they said. The Chronicle spoke with four anonymous senators who expressed concerns over Feinstein’s mental state.

That said, many high-profile colleagues — including Virginia Sen. Tim Kaine and House Speaker Nancy Pelosi — went to bat for Feinstein on the record to the Chronicle, with Pelosi condemning the concern as “ridiculous attacks that are beneath the dignity in which she has led and the esteem in which she is held.”

To be sure, Feinstein’s decline has been well-documented — most notably in a New Yorker report from 2020 following an incident with Twitter CEO Jack Dorsey in which she seemingly repeated a question with the same cadence and inflection.

Feinstein declined to be interviewed by the Chronicle.