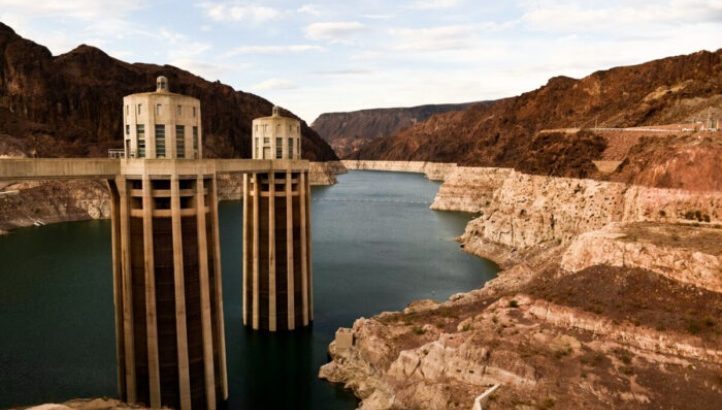 The Biden administration’s move to revisit a 2019 U.S. Bureau of Reclamation biological opinion that had relaxed restrictions on water access in California has drawn the ire of state and national Republicans, who issued a statement claiming that “California Democrats and the Biden administration now want to deprive [Californians] of water supplies.”

Yet as Republican and Democratic lawmakers do battle over environmental restrictions on water in the American west, the impact on water availability of one particular factor—mass immigration—has remained obscure.

“Even with improvements in water use, the water supply is going down,” said Jeremy Beck of NumbersUSA, a non-profit that aims to lower immigration levels, in an interview with The Epoch Times. “That doesn’t mean the Southwest is going to run out of water. It means they’re going to have to make some tough choices.”

Those choices could include increased investments in seawater desalination plants and pipelines to pump the desalinated water across hundreds of miles of desert.

Those plants are expensive, with one proposed facility in Pima County, Arizona projected to cost $4.1 billion. They can also take decades to build.

In a 2020 report on development in Arizona, NumbersUSA estimated that 44 percent of Arizona’s population growth between 2000 and 2015 was due to international migration.

Internal migration within the United States has been another factor, accounting for 56 percent of the state’s growth during that period.

NumbersUSA also projected that Arizona’s population will increase another 3 million by the year 2050, “joining Phoenix and Tucson together into a single mega-city.”

That growth is expected to place additional stress on groundwater and the Colorado River. In August of this year, the federal-level Bureau of Reclamation declared a water shortage at Lake Mead along the Colorado River for the first time ever.

Beck cited projections from Pew Research, which suggest that 88 percent of U.S. population growth from 2015 through 2065 will be result from new immigrants and their descendants.

Many of the counties with the highest share of immigrant adults—legal and illegal—are in the southwest on or near the southern border, according to maps from the Center for Immigration Studies.

Of course, as NumbersUSA’s analysis of Arizona shows, internal migration within the United States has been another source of pressure on the Southwest’s resources.

In recent years, many parts of the Southwest, particularly Arizona, Utah, and Nevada, have experienced net in-migration.

Yet internal migration in the country has declined in recent decades, reaching a 73-year low prior to the pandemic.

Meanwhile, there are some indications that immigration, and particularly illegal immigration, is picking up under the Biden administration.

During just the past fiscal year, encounters between U.S. Border Patrol and illegal immigrants at the southern border have surged, reaching a 21-year monthly high in July 2021.

Senate Democrats sought to provide mass amnesty for 8 million illegal immigrants as part of the $3.5 trillion reconciliation package, though the provision was blocked by Senate parliamentarian Elizabeth MacDonough.

“There’s no question that the added demand of population will put increased stress on the water system,” said Beck. “These decisions will not get any easier with another 3 million people in Arizona and another 30 million in the American Southwest.”

The Epoch Times reached out to multiple academic researchers who hold differing views on immigration and the natural environment, including Bennington College professor John Hultgren, who has criticized Tucker Carlson for what Hultgren describes as “absurd statements about needing to close up the border to prevent desert ecosystems from being trashed.”

Hultgren did not immediately respond to requests for comment.

On the ground, farmers are among those worst affected by water shortages.

Nancy Caywood told The Epoch Times that her family has owned their cotton farm in Pinal County, Arizona since 1930.

They rely on water from the San Carlos Lake. Known for its fluctuating water levels, the lake dried up extremely early this year, leading the San Carlos Irrigation District to cut off the Caywood family farm’s water in April (their water service has since been restored).

“We didn’t put any cotton in the ground, because we didn’t have any water,” said Caywood.

According to Caywood, she has to pay for water as part of her county tax bill whether or not her farm gets any.

A spokesperson for the San Carlos Irrigation and Drainage District confirmed this.

“If we don’t make the payment, we could lose our farm,” Caywood added.

For her part, Caywood doesn’t tie the drought to population growth. Yet as development booms near her farm, she still worries that her new neighbors, who she says are moving in from other states, want to push out farmers like her.

“They’re building houses like crazy,” she said, adding that homes near her have been the subject of bidding wars. “They want to put a waterpark in!”

In California’s Central Valley, meanwhile, things are not much better.

Melon farmer Joe Del Bosque told The Epoch Times he has “seen a lot of changes” in water access since his family arrived in the area during the 1950s.

During the 1990s, environmental regulations slashed water allocation to his farm.

“We adapted to that by using more efficient irrigation systems and changing crops,” said Del Bosque.

“There were several years when we had no water,” he said, adding that he survived by purchasing water from farmers in other water districts.

He says the combination of drought conditions and environmental regulations have created uncertainty for him and other farmers. Cities, he noted, also vie for water resources.

Another California farmer, Don Cameron, agreed that population growth, alongside other factors, has strained the state’s capacity to store and utilize water.

“We know that the water system in California was built a long time ago, when there were under 20 million people in the state,” he told The Epoch Times. “Now you’ve got 40 million, and you’re stressing the system.”

While California stopped growing or possibly even shrank during 2020 as many long-time residents started to flee the state, it did add millions of new residents between 2010 and 2020, thanks in large part to international immigration and natural increase from the descendants of recent immigrants.

Although immigration, and immigration-driven population growth, have become increasingly partisan issues, there was greater bipartisan consensus against unrestricted and high levels of immigration in the recent past.

Former Democratic representative Barbara Jordan, the first African-American woman elected to the House of Representatives from the south, chaired the bipartisan, nine-member U.S. Commission on Immigration Reform in 1995.

The Jordan Commission recommended a reduction in legal immigrants from roughly 830,000 a year to 550,000 a year.

It also sought to limit chain migration of family members by prioritizing spouses and children under 21 and doing away with family-based admission of adult children and siblings.

Today, however, aggressively pro-immigration rhetoric has become increasingly mainstream, including among liberal and left-wing commentators who simultaneously advocate strong action on environmental issues.

Vox co-founder Matthew Yglesias, who recently described climate change as “a really big problem,” has argued that the United States should loosen its restrictions on immigration in order to triple its population to one billion people.

Beck, of NumbersUSA, thinks this seeming disconnect may be an example of magical thinking.

“I would suspect that it’s a reflection of our increased polarization and partisan divide,” Beck added. “It makes it very difficult to have a robust and honest discussion.”

Cover photo credit: Intake towers for water to enter to generate electricity and provide hydroelectric power stand during low water levels due the western drought on July 19, 2021 at the Hoover Dam on the Colorado River at the Nevada and Arizona state border. – The Lake Mead reservoir formed by the Hoover Dam on the Nevada-Arizona border provides water to the Southwest, including nearby Las Vegas as well as Arizona and California, but has remained below full capacity since 1983 due to increased water demand and drought, conditions that are expected to continue. (Photo by Patrick T. FALLON / AFP) (Photo by PATRICK T. FALLON/AFP via Getty Images)