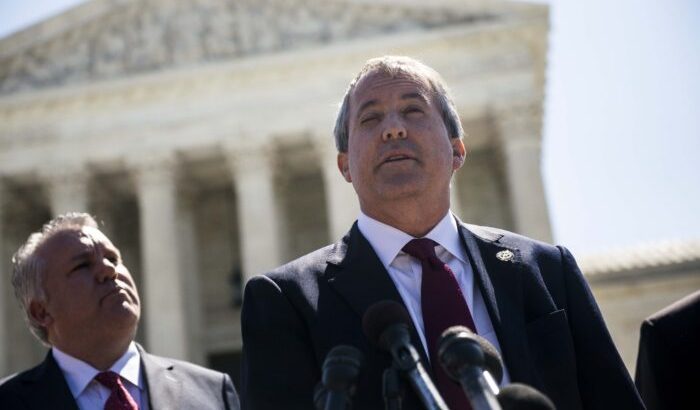 Texas Attorney General Ken Paxton has launched an investigation into the Electric Reliability Council of Texas (ERCOT), the organization that operates the state’s power grid, alleging “mishandling” amid the brutal cold snap that has left millions of Texans shivering and in the dark.

“ERCOT & other energy cos have slipped & fallen on their faces & it’s not the ice’s fault. They have left 3+ million homes w/o power for days, including my own,” Paxton wrote in a tweet late Wednesday.

“What do they do in response? Jack up prices, go silent, make excuses, & play the blame game. It’s unacceptable!” he added.

Paxton also commended officials, including Texas Gov. Gregg Abbott, on “getting to the bottom” of the power crisis.

Abbott told KTRK Houston in an interview Tuesday evening that the power outages amount to “a total failure by ERCOT,” and called for reform of the organization to be an emergency item for the 2021 legislative session. He also said top ERCOT leadership should resign.

“Far too many Texans are without power and heat for their homes as our state faces freezing temperatures and severe winter weather,” Abbott said, NPR reported. “This is unacceptable.”

Abbott also said he wants to “get a full picture of what caused this problem and find long-term solutions.”

ERCOT President and CEO Bill Magness said he welcomes the probe and is addressing the power supply and delivery problems, according to CBS Dallas-Fort Worth.

No Firm Timetable for Full Restoration of Power

Nearly 1.9 million customers in Texas still had no power Wednesday after historic snowfall and single-digit temperatures created a surge in demand for electricity to warm up homes unaccustomed to such extreme lows, buckling the state’s power grid and causing widespread blackouts.

Magness said the grid began preparing for the storm a week ahead of time, but it reached breaking point early Monday as conditions worsened and knocked power plants offline. Some wind turbine generators were iced, but nearly twice as much power was wiped out at natural gas and coal plants. Forcing controlled outages was the only way to avert an even more dire blackout in Texas, Magness said.

“What we’re protecting against is worse,” he said.

Still, Magness said ERCOT could not offer a firm timetable for when power might be fully restored.

What Happened In Texas?

Plunging temperatures caused Texans to turn up their heaters, including many inefficient electric ones. Demand spiked to levels normally seen only on the hottest summer days, when millions of air conditioners run at full tilt.

But planning for this winter didn’t imagine temperatures cold enough to freeze natural gas supply lines and stop wind turbines from spinning. By Wednesday, 46,000 megawatts of power were offline statewide—28,000 from natural gas, coal, and nuclear plants and 18,000 from wind and solar, according to ERCOT.

“Every one of our sources of power supply underperformed,” Daniel Cohan, an associate professor of civil and environmental engineering at Rice University in Houston, tweeted. “Every one of them is vulnerable to extreme weather and climate events in different ways. None of them were adequately weatherized or prepared for a full realm of weather and conditions.”

Gas-fired plants and wind turbines can be protected against winter weather—it’s done routinely in colder, northern states. The issue arose in Texas after a 2011 freeze that also led to power-plant shutdowns and blackouts. A national electric-industry group developed winterization guidelines for operators to follow, but they are strictly voluntary and also require expensive investments in equipment and other necessary measures.

ERCOT official Dan Woodfin said plant upgrades after 2011 limited shutdowns during a similar cold snap in 2018, but this week’s weather was “more extreme.”

Ed Hirs, an energy fellow at the University of Houston, rejected ERCOT’s claim that this week’s freeze was unforeseeable.

“That’s nonsense,” he said. “Every eight to 10 years we have really bad winters. This is not a surprise.”