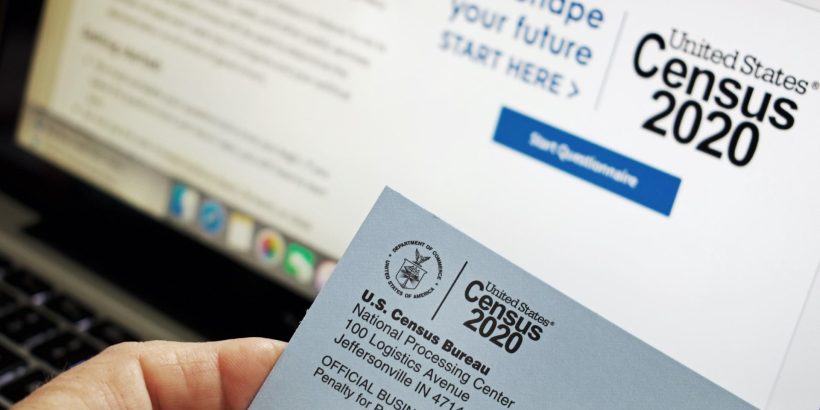 OPINION: This article contains commentary, which may reflect the author’s opinion

When the citizens of the United States are counted every 10 years, those numbers are used for the next decade to determine each state’s federal monetary allowances, and also the number of electors needed in elections to represent the citizens of those states.

If any errors occur, those errors will affect these crucial matters for the next 10 years.

Our last national census was conducted in 2020.

The current 2020 Federally conducted U.S. census is predicted to have an unexpected impact on the upcoming midterms and next elections, due to errors that have been discovered.

Following up on the original census, the bureau in charge of those numbers instigated some subsequent interviews which yielded information on the errors.

The 2020 errors were discovered when the Census Bureau interviewed a large number of households across the country and compared the answers it got to the original census responses in 2020.

According to a post-2020 census survey, the U.S. Census Bureau significantly undercounted the population of Florida, as well as Arkansas, Illinois, Mississippi, Tennessee, and Texas.

At the same time, it overcounted the population of eight states, all but one of which is a blue state.

Funny coincidence – the Census made its largest overcount percentage error in President Joe Biden’s tiny home state of Delaware, which was overcounted by 5.45%.

One analyst is showing data concerning not only the census numbers but errors in the tabulation that have far-reaching consequences.

“There is no remedy in the federal statutes governing the census and apportionment to correct this problem. The scope of this problem was unusually high, and the Census Bureau has not offered any explanation as to how this happened.

By way of comparison, the survey the Census Bureau conducted after the 2010 census showed a statistically insignificant error rate of only 0.01%, which means the Bureau only missed counting 36,000 Americans. Quite a startling difference from the 2020 census.

But Rhode Island and Minnesota were also overcounted by 5.05% and 3.84%, respectively, which allowed each of them to keep a congressional seat to which they are not entitled.”

“If a politician from Florida decides to run for president in 2024, his (or her) home state will be short two votes in the Electoral College, and when the new session of the U.S. House of Representatives convenes in January 2023, Florida will be missing two congressional seats to which it is entitled.

Minnesota, according to the original census report, would have lost a congressional seat during reapportionment if it had 26 fewer residents; the survey shows the state was overcounted by 216,971 individuals. Similarly, Rhode Island would have lost a seat if the Census Bureau had counted 19,000 fewer residents. It turns out that the state was overcounted by more than 55,000 individuals.

So both states will continue to have more representation in Congress, and more votes in the Electoral College, than they should.

The same is true of Colorado, which was awarded a new congressional seat that it should not have gotten.

Contrast that with Texas, which the Census Bureau survey says was undercounted by almost 2%. That represents over a half a million Texans, which means that, like Florida, Texas was cheated out of an additional member of Congress.

At that time, the Census Bureau said that Texas needed only 189,000 more people to gain another congressional seat. Turns out Texas already had them.

Arkansas had the largest percentage undercount at 5.04%, which represented over 150,000 residents of the state.

These errors by the Census Bureau also mean that the overcounted states will be receiving a larger share of the over $1.5 trillion in federal funds that are distributed to the states over the next decade based on their states’ populations.

And the undercounted states? They will be getting less funding than they should.”

Pondering how to address this, Daily Caller writes:

“Even if the states most affected could win a case in court, how would you come up with a remedy?

Ordering the Census Bureau to conduct another actual recount in the 14 affected states would be a complex, expensive undertaking that would provide numbers on a different date than the original census whose population totals from April 1, 2020, would still be in effect for the rest of the states, raising fundamental fairness issues given the high mobility of our population.

And ordering a new census of the entire nation also seems impractical.

But there is no question Congress needs to get to the bottom of what happened.

It must use its oversight authority to investigate the Census Bureau, its methods, procedures and operations to determine how and why these errors happened. We have to ensure that the necessary changes are made that won’t allow this to happen again.”