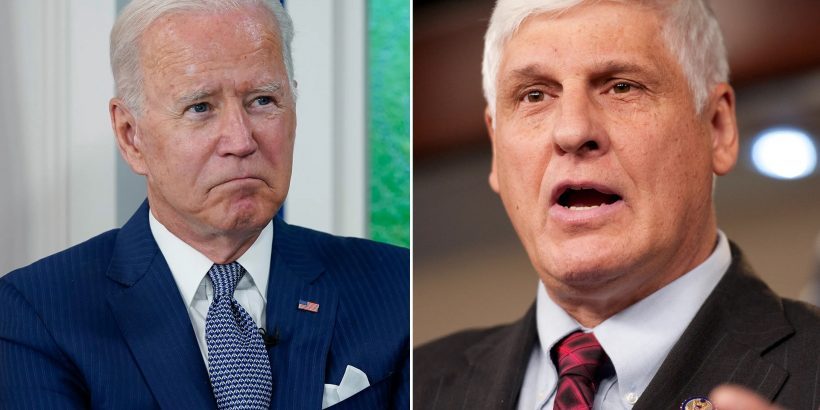 The Republicans say Biden violated his duties as president.

A group of House Republicans has filed articles of impeachment against President Joe Biden.

“I filed articles of impeachment against @POTUS based on what I believe to be clear violations of his duties,” Rep. Bob Gibbs of Ohio posted on Twitter Wednesday the day after filing the impeachment articles. “There are dynamics in Congress preventing this from being debated. But I could not stand by while Biden commits flagrant & deliberate violations of his oath of office.”

​Gibbs explained that Biden’s handling of the surge of illegal immigrants at the border and his attempts to extend the federal eviction moratorium constitute a failure to carry out his duties as president.

“His willful negligence of the border crisis is a failure to maintain and defend American sovereignty. Biden’s attempts to extend a federal eviction moratorium despite the Supreme Court’s warning and his own admission that he has no power to do so is a blatant and intentional action that violates the separation of powers​,” Gibbs told the Daily Mail on Wednesday.

Gibbs said that the chaotic withdrawal from Afghanistan that claimed the lives of 13 U.S. service members was also a major factor in the decision to file articles of impeachment.

Gibbs, who was joined by Rep. Andy Biggs of Arizona and Reps. Brian Babin and Randy Weber of Texas, acknowledged in an interview with the Washington Examiner that the impeachment is unlikely to succeed.

“Obviously, it’s not going to go anywhere with Speaker [Nancy] Pelosi,” Gibbs said about the Democratic-controlled house but added, “It shows that there are some Republicans that think that this president needs to be impeached, he needs to be removed from office one way or another.”

The White House did not immediately respond to a request for comment from Fox News.