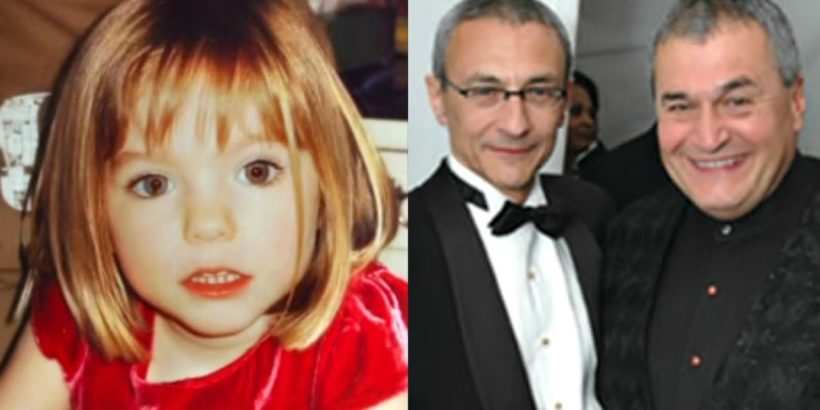 A highly anticipated eight-part documentary on the disappearance of three-year-old Madeleine McCann is gripping if you don’t know the story and a disappointment if you do.

Somebody knows exactly what happened to Madeleine McCann, the 3-year-old Briton who disappeared without a trace from her bed in a holiday resort on a family vacation with friends in Praia Da Luz, Portugal, on May 3, 2007. But it clearly isn’t the makers of the new Netflix series The Disappearance of Madeleine McCann.

The little girl was sleeping in a back bedroom of a self-catered holiday apartment with her young twin siblings as her parents, Kate and Gerry McCann, ate and drank at a tapas bar about 180 feet away with friends. The doors were closed, but not locked. And the group of friends took turns checking on the sleeping children at regular intervals.

At 9:05 pm, Gerry McCann took his turn checking on the kids. At 10:00, when Kate McCann went to take a peek, she noticed the door to the kids’ bedroom was open, and so was the screenless window. Madeleine was gone. And so began one of the most high-profile cold missing persons cases in modern history. Hundreds of sightings, scores of arrests and investigations—including into the McCanns themselves—have all turned up empty.

If two months before the 12-year anniversary of the disappearance seems like an odd time for a slog through the tedious details of the case, that’s because it is—at least for the obsessed who surely can’t be bothered watching eight hours of a story they already know.

But in some ways it is the perfect time to revisit the details. Madeleine, if she is still alive, would turn 16 on May 12. If the theory that she was kidnapped by a childless couple who raised her as their own is valid, then she would be at an age where Netflix is surely part of her life.

And for those not familiar with the case, just hearing the story could trigger a memory, a sighting or even a hunch that the “girl next door” might be the missing child. A similar case was solved in 2017 in South Africa when a girl who disappeared at the age of 3 turned up 17 years later unharmed. The girl had no idea she had been abducted as a child, and had been living happily with the woman who abducted her, believing she was her mother.

If Madeleine was abducted by a pedophilic sex-trafficking ring, as some have suggested, and happened to have survived the ordeal, at 16, she may have aged out. The Netflix series makers seem most focused on this theory, unproven as it is, as the best-case scenario of finding her alive. For years, nearly 40 British detectives have worked on this case under the code name Operation Grange, which has cost more than $15 million. They have gone through 30,500 pages of translated documents and continue to dredge the dark web where children are sold in search of the missing girl.

As Jim Gamble, a senior child protection officer who was knee-deep in the investigation, says in one episode, there is no proof the girl is dead. “There’s huge hope to be had with the advances in technology,” he said. “Year on year DNA is getting better. Year on year other techniques, including facial recognition, are getting better. And as we use that technology to revisit and review that which we captured in the past, there’s every likelihood that something we already know will slip into position.”

The McCanns did not participate in the documentary, and asked their friends not to talk to anyone associated with it. In a statement released on their Find Madeleine website, they wrote : “We are aware that Netflix are planning to screen a documentary in March 2019 about Madeleine’s disappearance. The production company told us that they were making the documentary and asked us to participate. We did not see and still do not see how this programme will help the search for Madeleine and, particularly given there is an active police investigation, could potentially hinder it. Consequently, our views and preferences are not reflected in the programme. We will not be making any further statements or giving interviews regarding this programme.”

But they are ever present through old media footage and photos and videos they had released to aid in the search for their daughter. They are in nearly every scene in some form or another through old media interviews, press conferences and hidden camera videos.

The McCanns might have been better served to cooperate. Unlike earlier predictions, the series does not come down on the theory still held by many—that the couple, both doctors, accidentally drugged their daughter with sleeping syrup and then did away with her body. Instead it seems to put to rest the McCann’s complicity by showing their old media clips which, when reviewed, show nothing more than terrified and grief-sickened parents who felt terribly guilty they’d gone for tapas and left the kids alone. They were in a foreign country under scrutiny for their behavior. What at the time seemed like guilt was more likely remorse.

There have been few stones unturned in Portugal, though the series casts justifiable doubt on the police work of the investigators during the early days. They were so convinced that the McCanns killed their daughter that they let hundreds of leads slip by. In 2013, British investigators found 38 viable suspects who had never even been questioned. The Netflix doc does diligence to all these leads, which to the novice watcher of this crime will be fascinating, but to those that watched the saga unfold in real time will seem tedious.

Even giving voice to McCann chief skeptic, Gonçalo Amaral, the former lead investigator who guided the initial investigation to focus on the parents as arguidos or suspects, and who later wrote the book The Truth of the Lie, did not make the McCanns seem guilty. Amaral, with whom the McCanns have been in a bitter legal battle for years, was fired from the investigation shortly after his book came out. They initially won a defamation suit against, him, which was then overturned on appeal. The European Court of Human Rights has ruled that the couple now owe him nearly $1 million in damages.

A few moments of the series stand out, like when a sniffer dog trained to smell blood triggers in the closet of the rental apartment. At the time the news broke, it seemed like it might back up the Portuguese theory that the parents were involved and had maybe hid their kid in the closet. But in retrospect, and since blood can’t be dated, it seems innocuous.

In another, it comes to light that Madeleine’s mother refused to answer 48 fairly banal questions put forth by Portuguese authorities during the early days of the investigation, including, “How long did your search of the apartment take after you detected Madeleine’s disappearance?” and “Why did you say Madeleine had been abducted?”

Those who believe the McCanns were involved in their daughter’s disappearance will be no more satisfied with this series than those who are convinced they aren’t. But it just might be someone who knows nothing about the case at all who proves the series’ best audience, especially if they recognize a teenage girl who looks like she could be Madeleine McCann.

Got a tip? Send it to The Daily Beast here.