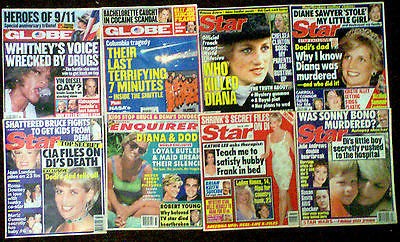 The Problem With Believing Fantasy Stories that are Meant Only for Entertainment Purposes… Can Have Dire Consequences in the Real Raw World.

I am going to pour my heart out in this post to discuss the endless tide of false information coming out about GTMO….

In addition, I will address the entertaining stories we all love to hear… but are causing us to look away from a very real and present danger. We are distracted from watching stealthy wolves, slowly stalking up on us.

I have already discussed this to a certain degree on social media, with enormous push back. People don’t like hearing they’ve been lied too.

I pray We the People will hopefully fact check what is posted in the future and use critical thinking with discernment.

When ever I post about GTMO… I will be giving source to back up what I say… unlike those who simply give sensationalized stories with nothing to back them.

There was a reason tabloids like the National Enquirer made so much money. They took seeds of truth and added creative information that fed fantasy. Ultimately over time, they sell fantasy as truth, because they knew people wanted to believe it. The stories were fun and entertaining.

The mechanism used to encourage belief in fantasy would then come from those we trusted… Over and over again from many directions.

Trusted sources of all types became infiltrated, in all levels of society.

But thankfully society is beginning to suspect.

When “Critical Thinking” is discouraged and we are told to blindly accept anyone else’s information WITHOUT QUESTION… it is at that time, alarm bells should start to go off.

But what happens, if you are in unfamiliar terrain, and suspect your map is misleading with dangerous directions? Most people with any kind of survival instincts would toss the map and use our inherent guidance we all have.

During this time of massive misinformation and not knowing who to trust… some are desperate to find information that makes them feel better. Its almost like being told a bedtime story that helped us as children, to peacefully go to sleep.

From there, it was then branded in such a way that eventually much of MSM began to follow suit.

It is a type of branding that eventually over time indoctrinated the masses.

What I do is not popular. It doesn’t sell tabloids and I am constantly attacked because it doesn’t fit the fantasy narrative being fed in social media.

We want to peacefully sleep, while the reality of the wolves who are setting us up for the kill… slowly begin taking us out one at a time. Subtle. Stealth. Quiet stalking.

I feel like the bad guy telling many that believe in Santa Claus, that he is not what Christmas is about… even though the seeds of truth on who St. Nicholas was, in fact lived at one time and fed the poor. He also paid the dowery for impoverished women so they could marry.

The story became distorted over time.

The story grew and became a fun fable.

I am not paid for what I do and it certainly isn’t fun having all the information put out there being censored and social media pages banned… including the C-VINE website removed from Facebook and Twitter.

Do you think I am doing this because I enjoy being mocked?

I feel like I am fighting an impenetrable army of psyops by myself.

It may be “boring”… but the silent truth is deadly if not discerned.

All I can say, is at least hear me out and prove me wrong with reliable source. I welcome discussion and educated debate. That is how we learn and grow.

Otherwise… How can I or others with a genuine desire to teach, compete with the exciting fake narratives with the boring truth?

Are we fighting a losing battle?

You choose. You decide. You have more than you know in your own personal guidance system.