This article by Mike Huckabee, though a few months old, is quite relevant today. As we move into these next few months, it will be important to understand the workings of the Deep State and what they stand for… and who they stand against. 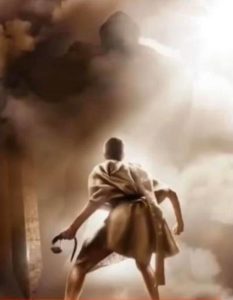 “You hear a lot about it but is there such a thing as a Deep State?  You bet there is!

The Deep State is not so much left or right, Conservative or Liberal, no, it’s more about protecting the self-serving institutions of government at all cost.  The reason it wasn’t obvious or that you never heard much about a shadow government that really ran things was because no one had ever threatened their power.

Administrations came and went; both Democrat and Republican. For all the fiery rhetoric during an election, only minor policy changes ever took place within administrations.

No one has ever threatened their iron-clad control. They’re going berserk to protect their kingdom at the expense of yours.

The Deep State hates Donald Trump. They will stop at nothing to impeach him, defeat him, and destroy him. What they really fear is that you will find out about them, and demand that the Deep State gets dismantled and that we have government that really does exist for and which serves We-The-People.”