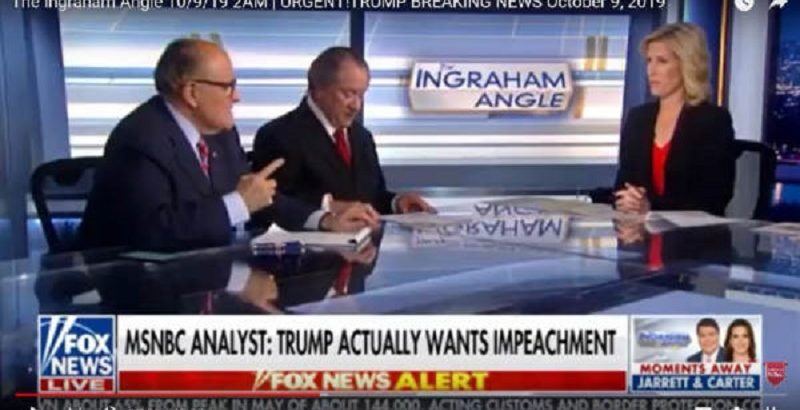 The best half hour of TV in a decade occurred last night on Laura Ingraham’s “The Ingraham Angle”.  Guests former mayor of New York and President Trump’s attorney, Rudy Giuliani, and former US Attorney Joe diGenova tore into the Democrat’s phony impeachment and then went to the heart of all the corruption in D.C. and they were brilliant.

Shortly before a break Laura’s guests shared the following –

Rudy – For years Obama had a pay for play operation in his administration and it’s disgusting and one of the reasons they’re fighting so hard – If Biden comes out, so does Clinton come out and about three others.  This goes right to the top of the Obama administration and the administration that says, ‘I didn’t have scandals’ will be the most scandal ridden administration in our history.  Obama didn’t care about ethics.  He didn’t care otherwise it wouldn’t happen.

Obama, Biden, Hillary and the Democrats should be very worried.  Their corruption is trickling out now – diGenova believes it’s going to be a “Bang, Bang” couple of weeks.