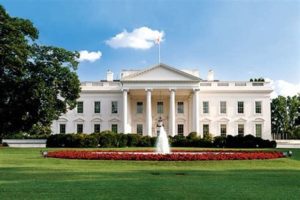 The Deep State will never stop fighting. If they are to be taken down, there are many layers to go through. The DS can’t just be swept up with a butterfly net and placed under arrest. It must be done legally.

The DS wanted the White House to be stormed by Antifa. The mayor removed curfews and the National Guard, yet they didn’t follow through. Why? The DS is not in control! We-the-people found out about it. WE are in control.

Gen. Flynn was cleared of all charged by the prosecutors. Judge Sullivan’s only job was to sign off, but Obama told him not to. Now, Principal Deputy Solicitor General Jeff Wall will be arguing in support of dismissing the case. To put this in perspective, if you were charged for a crime and the prosecutors dismissed the case but the judge said, ‘No, we’re not dismissing it,’ it would make no sense. The judge doesn’t have the authority to do this but this scenario is what Flynn has been up against.

People are asking questions.  Regarding George Floyd, why did his family’s legal team send a letter to the United Nations to help disarm the police in the United States? Who is their legal team and who paid for it?

When Obama was president, John Kerry received the UN Arms Treaty which he brought to the Senate. If passed, would go to Obama for signature. What was the UN Arms Treaty? It was a treaty to disarm the American people, taking our 2nd Amendment rights away. If this passed it would have overridden the Constitution. The UN would have begun the process of creating a One World Order.

The UN Arms Treaty did not pass the Senate. Had HRC won, they most likely would  have tried it again. Their plan is to remove the Constitution. If the UN is called upon to disarm the US police, the next step would be to disarm the US citizens. Their agenda is to take control of the world, but our US Constitution is in the way. The problem with this plan is, under President Trump, the DS doesn’t have a leader willing to sell out our country. They only have the media to fan their lies in hopes of creating division with the people.

Drug smuggling, trafficking, terrorist attacks, a plan to take out Trump and collapse the nation, etc. have been prevented. They thought Trump would react to the violence using tanks and guns. Trump has been very strategic in allowing exposure of how governors and mayors are dealing with crime in their states. Democratic states aren’t looking very good. 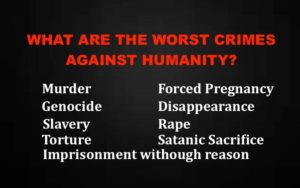 We have countered the DS/media. Trump tweeted, ‘They’ve gone so far Left that they eat their young.’ Could it be Trump is talking about crimes against humanity? We who are awake know about these horrific crimes. Is exposure coming soon? It’s part of the plan. They won’t even be able to safely walk down the streets anymore. PATRIOTS are in control.