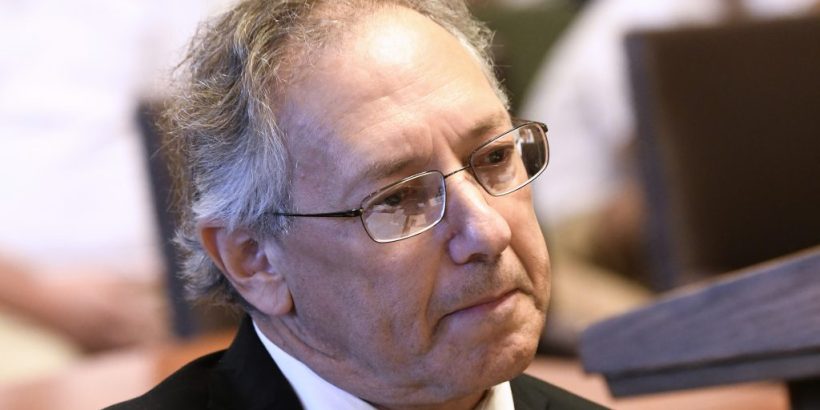 A former technology executive who helped spy on the White House intends to invoke his right against self-incrimination if he is called to testify during the upcoming trial of a lawyer who represented Hillary Clinton’s campaign during the 2016 election, according to court documents.

Michael Sussman, the lawyer, is set to go on trial for allegedly lying to the FBI.

Sussman was representing Rodney Joffe, a tech executive, when he went to the FBI and handed over three white papers that contained unsubstantiated allegations against then-candidate Donald Trump, Clinton’s rival in the presidential race, according to U.S. prosecutors.

Sussman says he gave the information to the FBI as a concerned citizen and the parties he was representing at the time are not relevant.

If Joffe were to testify during the trial, he would “offer critical exculpatory testimony,” Sussman’s lawyers said in one of the new filings. Among the angles would be that “Mr. Sussmann and Mr. Joffe agreed that information should be conveyed to the FBI and to Agency-2,” believed to be the CIA, “to help the government, not to benefit Mr. Joffe.”

But Joffe plans on invoking his rights under the Fifth Amendment if called to testify because prosecutors say he remains the subject of an investigation.

Steven Tyrell, representing Joffe, said in a letter just made public that he spoke with Andrew DeFilippis, a prosecutor on Special Counsel John Durham’s team, on March 31 after receiving a subpoena for Joffe to testify.

“Rather than provide any additional information to aid in our assessment of the risk of prosecution, Mr. DeFilippis stated that in his view, Mr. Joffe’s status in the investigation was sufficient to establish a good faith basis to invoke the privilege against self-incrimination. Mr. DeFilippis further stated that OSC did not want to get into any more detail, and presumed that Latham would understand if Mr. Joffe decided to invoke,” Tyrell said in the letter, which was sent to Sussman’s lawyers at Latham & Watkins.

Sussman’s lawyers alleged that Durham’s team is “manufacturing incredible claims of continuing criminal liability” to force Joffe to not testify, alleging it is “simply inconceivable that Mr. Joffe faces any real continuing criminal exposure in connection with the special counsel’s investigation.”

According to earlier filings, Joffe was part of a scheme to spy on the White House before and after Trump became president. Joffe’s spokesperson has described him as “an apolitical Internet security expert with decades of service to the U.S. government who has never worked for a political party, and who legally provided access” to data to the White House.

Since Sussman also plans to invoke his Fifth Amendment right during trial, Joffe remains the only available witness regarding the relationship between himself and Sussman, the defendant’s lawyers assert.

They’re asking the court to dismiss the case unless prosecutors agree to grant Joffe immunity, which would enable him to testify without fear of repercussions.

In a filing from Durham’s team, prosecutors said Sussman assembled and conveyed allegations regarding Trump to the FBI on behalf of both Joffe and Clinton’s campaign, citing billing records, conversations, and other evidence. One nexus is a law firm, Perkins Coie, which was paid by the Clinton campaign and the Democratic National Committee during the election, with evidence showing Joffe met with former Perkins lawyer Marc Elias multiple times.

Emails that Durham’s team is seeking to introduce during the trial would show Sussman, Joffe, and the campaign “were ‘acting in concert toward a common goal,’ namely, the goal of assembling and disseminating the Russian Bank-1 allegations and other derogatory information about Trump and his associates to the media and the U.S. government,” the special prosecutor’s office said. One email would show Joffe saying he was offered the top cybersecurity job in the White House if Democrats won the election.