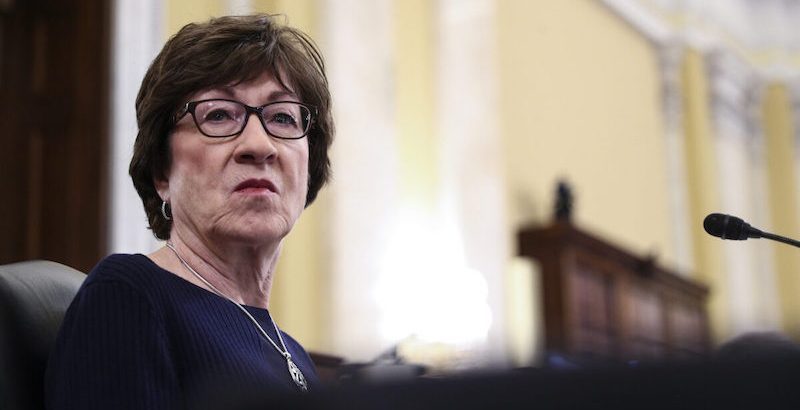 Patriots are fed up with elected Republican officials disloyal to their party, so some in Maine have created a separate party because of it.

There is clearly a division within the GOP with some elected officials crossing party lines in their voting. An example would be several Republicans voting for the impeachment of Donald J. Trump.

Do you believe party line loyalty is important?

Overall, do you think creating an additional right-leaning party is a good idea or a bad one?

John DeVeau, who chairs the Aroostook County Republican Committee—one of the committees that voted to censure Collins—said in a statement Monday that the group has formed their own Maine Grassroots Republican Caucus.

DeVeau said the political subgroup is “a kind of Maine-based version of the U.S. House Freedom Caucus,” and dismissed concerns that the new group might divide Maine’s Republican Party.

“We didn’t create the division, we’re actually trying to unify the Republican Party by giving the disenfranchised a voice at the statewide level and to restore the Constitutional balance of powers,” DeVeau said in a press release, which noted him as the chair of the newly formed grassroots caucus.

“The Maine Republican Party is not listening to the voices of disenfranchised Republicans that are trying to hold their elected officials accountable,” DeVeau added, in apparent reference to the Maine GOP’s recent vote against censuring Collins.

Republicans in Collins’s home county of Aroostook voted last week to censure her for voting to convict Trump during his second impeachment trial in the Senate.

Trump was charged by the House of Representatives with inciting an insurrection, mostly because he spoke near the U.S. Capitol on Jan. 6 in the lead up to the breach of the building.

Proponents of the “incitement of insurrection” charges pointed to phrases Trump uttered such as “fight like hell” to paint his words as incitement, while opponents noted he urged the crowd to remain peaceful when they marched to the Capitol. Trump later condemned the violence at the building and urged people to vacate the premises.

The Aroostook County Republican Committee censure resolution, which was backed by 19 members, stated that, “Senator Collins public statements in support of the language, actions, and promotion of an illegal, unethical, unconstitutional ‘impeachment’ of former President Trump, undermines the conservative and ethical values promoted by the Aroostook County Republicans and the Maine Republican Party and as demonstrated, is a purely self-serving, vindictive and punitive action by those with establishment political objectives.”

“Leadership of the party believes it’s settled in time to move forward with the 2022 elections in mind,” he told the outlet.

Collins said in a statement that the decision “is a testament to the Party’s ‘big tent’ philosophy that respects different views but unites around core principles.”

“Our party has been most successful when it has embraced this approach to advance our shared goals of providing tax relief to families and small business job creators, pursuing fiscal responsibility and government accountability, promoting personal responsibility, protecting constitutional rights, and ensuring a strong national defense,” she said.

Collins was one of seven Republicans who joined all 50 Democrats and Independents to vote in favor of a conviction. Trump was acquitted because 67 votes were needed to convict. Five of the seven Republicans were censured in their home states.

After her vote during the Senate impeachment trial, Collins faced backlash from the Maine GOP.

The state party organization said in an open letter to Collins that the trial itself was unconstitutional because Trump was no longer in office and there were serious concerns with how House impeachment managers “altered video of President Trump to cast his speech in the worst possible light, ignoring his calls for peace, similar to the way a campaign might cut a dishonest 30-second campaign ad.”

“We have now set a precedent that we fear will undermine the foundation of our country and could greatly diminish our status and integrity into the future,” the Maine GOP wrote last month.

The Epoch Times reached out to Collins with a request for comment on the grassroots caucus.

According to the group’s press release, the first official event of the Maine Grassroots Republican Caucus will be in support of a Tax Day Rally by Maine Taxpayers United at the Capitol in Augusta on April 17.