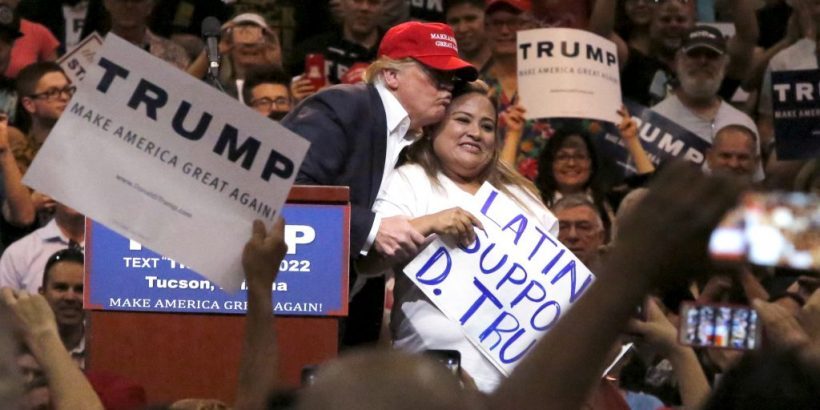 Rubio, a Cuban-American, told Breitbart News that Hispanic voters in Miami swung to Trump in 2020 in part because they’re against socialism.

“These are communities made up of people who value commonsense wisdom and working class values,” Rubio said.

“That’s what their life is built on. Those are two things the left has abandoned. You hear lots of people talk about whether it’s socialism. Socialism is a part of it. Socialism is a part of the commonsense part of it. In their mind, if I were to step in the shoes of someone who maybe voted for Obama in 2012, then voted for Donald Trump in 2020, they would say to you: ‘Look, I came from a socialist country. I fled it. Why the hell would we do that here?’ It makes no sense to them.”

According to exit polls, Trump saw more support from Hispanics in 2020 than 2016. In several key areas, Hispanic votes shifted significantly. For instance, in Florida, 35 percent of Hispanics voted for Trump in 2016; in 2020, that figure was close to 50 percent, according to a CNN exit poll. Overall, Democrat Joe Biden, who won the election, won 65 percent of the Hispanic/Latino vote.

The gain among Hispanics was further seen last week, when Republicans flipped a mayoral seat in McAllen, a border city that’s approximately 85 percent Hispanic, held onto a mayoral seat in Fort Worth, and won the race for mayor in Arlington.

A poll conducted in April on behalf of the National Republican Senatorial Committee found that a majority of Hispanic voters said they support capitalism over socialism and worry that America is declining so much that their children will not have the same opportunities that drew them to the country in the first place.

“If you look at these poll numbers, Hispanics across the country are Republicans,” Sen. Rick Scott (R-Fla.) told reporters in Washington last month.

“Democrats need to change the narrative and start talking about jobs,” Abeyta said. “They need to invest and engage and not take these districts for granted. These voters are up for grabs now.”

The shift toward the GOP among Hispanics will be permanent, Rubio told Breitbart, provided Republicans continue to focus on the values that Trump promoted.

“I think President Trump was doing a lot of things based on common sense. In their mind, it made all the sense in the world. They don’t understand why their side is against it. And then working class values—most of these people here don’t care what you do with your life, they don’t want to tell you how to live your life, who to marry, who to love, and so forth—but you’re asking them to abandon three or four thousand years of accumulated human wisdom because a handful of crazy professors have convinced people everything we knew was true is no longer true on things like gender, on this or that,” Rubio said.

“These guys just got turned off by all that, and I think it accelerated through the summer on the pandemic and the rioting and all of that. I think that shift is permanent unless we as Republicans go back to being who we used to be—then we give these people no political home.”