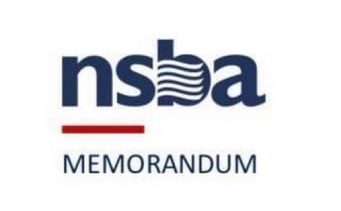 “Never doubt that a small group of thoughtful, committed citizens can change the world; indeed, it is the only thing that ever has” ~~~ Tracy Beanz. National School Boards Association phone number is 703-838-6722 [C-VINE]

In a memo to state affiliates, the NSBA board of directors cited the Sept. 29 letter to President Biden from association president Viola M. Garcia and interim executive director and CEO Chip Slaven that raised the specter of domestic terrorism and hate crimes. 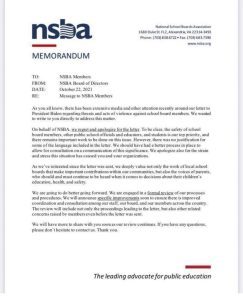 “On behalf of NSBA, we regret and apologize for the letter,” said the NSBA memo. “There was no justification for some of the language included in the letter. We should have had a better process in place to allow for consultation on a communication of this significance. We apologize also for the strain and stress this situation has caused you and your organizations.”

It was a dangerous abuse of authority that has badly compromised the Justice Dept’s integrity and Garland’s. He should resign,” tweeted Mr. Hawley.

Nicole Neily, president of Parents Defending Education, said after the apology was released that a “$19 million trade association has nothing on a bunch of mad moms.”

The apology came after nearly 20 state school board associations moved to cut ties or distance themselves from the NSBA over its call for a federal response into actions that “could be the equivalent to a form of domestic terrorism and hate crimes.”

The letter, however, cited mainly news reports about angry parents at contentious school board meetings. One parent who was arrested in June, Scott Smith, later said that he had sought to confront the Loudoun County board over an alleged sexual assault against his daughter in a school bathroom.

Mr. Garland insisted “we are not investigating peaceful protest or parent involvement at school board.