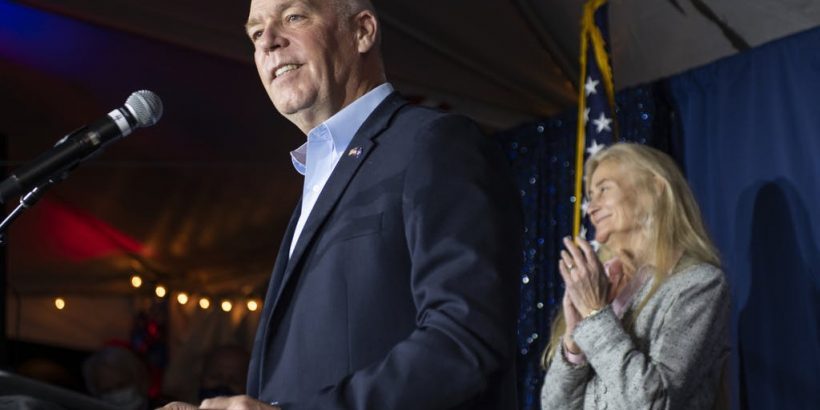 House Bill 176 moves the deadline for late voter registration to noon on the day before Election Day, while Senate Bill 169 restricts acceptable IDs to use for voting, requiring some voters to present two forms of identification before casting a ballot.

“Montana has a long history of secure, transparent elections, setting a standard for the nation,” Gianforte said in a Monday tweet. “These new laws establish new best practices to ensure the continued integrity of Montana’s elections for years to come.”

Montana Secretary of State Christi Jacobsen said in a tweet: “Montana sets the standard for elections across the country, however, there is always room for improvement, and voter ID and voter registration deadlines are best practices in protecting the integrity of elections.”

Shortly after Gianforte signed the bills into law, election attorney Marc Elias announced that a lawsuit had been filed on behalf of Montana Democrats.

“This afternoon, Montana’s Republican Governor signed two voter suppression bills into law. Tonight, on behalf of the @MTDems we sued,” Elias said in a tweet.

The case, which names Jacobsen as the defendant, claims that both bills violate the Montana constitution and asks the court to block their enforcement.

The complaint alleges that the “new laws will burden all Montana voters” while specifically targeting young voters, the elderly, the disabled, and indigenous communities.

“There is no legitimate justification for these restrictions, much less any sufficiently weighty state interest to justify their burdens on the fundamental right to vote,” the complaint alleges.

Specifically, SB169 ends the use of student ID cards as sole proof of identity when voting, requiring an additional form of documentary evidence such as a current utility bill, bank statement, paycheck, government check, or other government document featuring the individual’s name and current address.

“The Voter Suppression Bills are not driven by any legitimate or credible concerns about the ‘integrity’ of the state’s elections,” the complaint states. “Instead, they represent the latest round of legislative shadowboxing aimed at imaginary threats to election integrity, and false accusations of election fraud orchestrated by those seeking to overturn the results of the 2020 presidential election, now weaponized by the Legislature to impede access” to the ballot.

State Rep. Sharon Greef, a Republican who sponsored one of the bills, said the legislation is about ensuring clean and fair elections.

“We are blessed with the right to vote in our country, but with that right comes responsibility. The responsibility of registering to vote,” Greef said in February on the House floor ahead of passage of the bill that ended Election Day registration. “To ensure good, clean elections, election officials should concentrate on one thing the day of the election and that is the election. We don’t want frustrated voters waiting in a long line while folks ahead of them are registering at the last minute.”

State Sen. Mike Cuffe, who sponsored the ID bill, acknowledged that Montana has secure elections but said the legislation was about improving the process and ensuring Montana residents are the ones voting in the state’s elections.

“Nowhere in the bill are we indicating that there is any claim of voter fraud or any wrongdoing,” Cuffe said in February on the Montana Senate floor. “What we’re looking at here is attempting to improve on the system, to make a good-sense process better, to ensure that all members all around the state can feel very satisfactory that folks who have signed up to vote are Montana citizens.”

Cuffe said in a statement on April 19, “Election integrity is truly the rock, the cornerstone of our nation, and voter ID is a key component in protecting the integrity of Montana elections.”

In the broader debate about election security, conservatives—and Republicans in general—have tended to argue that casting a vote is a privilege of citizenship that should be safeguarded with secure processes and restrictions, and that lowering requirements around voting opens the process up to fraud and abuse.

Progressives—and their Democrat allies—tend to argue that barriers to casting a ballot should be as low as possible and that the kind of security measures pushed by conservatives, such as stricter voter ID or proof-of-citizenship laws, amount to disenfranchisement. Progressives often frame the debate as between voter suppression and expansion, while conservatives tend to see it as election security versus vulnerability to abuse.

In the wake of the 2020 election controversy, Republican and Democrat lawmakers across the country have been pulling in opposite directions by introducing legislation that either reduces barriers—and guardrails—to voting or seeks to strengthen election integrity, which can also make casting a vote more effortful or burdensome.