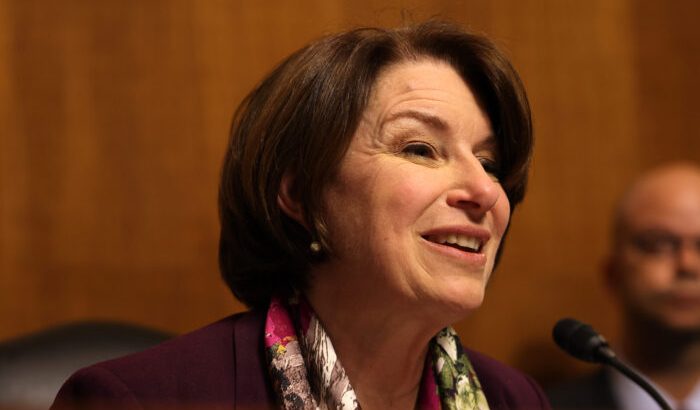 A Senate bill is raising fears among some for its potential to enable Big Tech and mainstream media outlets to collude against smaller and independent media outlets.

The bill, dubbed the Journalism Competition and Protection Act (JCPA), would supersede some existing antitrust laws and allow media companies to band together to negotiate with Big Tech platforms like Facebook, Google, and Twitter.

In brief, this means that online and print media outlets, including some of the largest and longest-established names in the industry, could band together in a kind of media union to demand concessions from tech companies in order for the coalition to continue to allow their content on the platform. Under existing antitrust laws, such cartels—which describe a collusion of firms in an industry to join together for a common financial or industry outcome—are decidedly illegal.

Proponents of the JCPA have presented it as a much-needed panacea to address dwindling numbers of dedicated local media companies who, proponents say, are often left behind in the umbrella of Big Tech algorithms and advertising capacity.

In a change.org petition that has garnered over 23,000 signatures, the News Media Alliance, one of the most outspoken supporters of the bill, explained this position, presenting it as a hardline position against the reach of big tech power and influence.

“Today, many local newspapers are struggling to stay in business. Big Tech platforms, such as Facebook and Google, control how we access trustworthy news online and how journalism is displayed, prioritized, and monetized. They capture the vast majority of all digital advertising dollars because of their outsized ability to collect consumer data.

“Local newspaper revenues have gone down and as a result, thousands of journalists have been laid off, ‘news deserts’ are emerging across the country, and dangerous misinformation that threatens the fabric of our democracy continues to flourish.”

But opponents of the bill have raised alarm bells, warning that in practice the policy will only serve to benefit established legacy and mainstream outlets, to the exclusion of anti-establishment, independent publications.

Specifically, opponents point to a section of an updated draft of the JCPA that could effectively permit legacy media cartels to demand that tech platforms censor or outright refuse to permit newer, less-established media outlets from publishing on the platform.

Under the text of the bill, media cartels’ negotiations with tech platforms must go beyond mere monetary concessions.

In practice, critics fear, this could allow legacy media outlets to demand that smaller outlets peddling so-called “misinformation” or “fake news”—which many on the right see as a thinly-veiled catch-all term intended to denounce and delegitimize conservative outlets—be barred from publishing content on tech platforms.

Technically, the bill ensures that this will not happen.

Under the terms of the bill, coalitions of media outlets banding together to collectively bargain cannot exclude outlets from the cartel on grounds “[related] to the size of an eligible digital journalism provider or the views expressed by its content.” In other words, the cartels cannot exclude members from the negotiating table because they are considered too small or because their expressed beliefs go outside of the political mainstream.

But critics say that the grounds which are permissible to exclude an outlet—including an outlet’s “trustworthiness,” “extremism,” “misinformation,” “hate speech,” “conspiracy,” “expertise,” “authoritativeness,” and others—could allow media cartels to bar newer or anti-establishment outlets from negotiations, given the relatively subjective nature of such criteria.

Among the critics of the bill is House Minority Leader Kevin McCarthy (R-Calif.), who has encouraged Republicans to oppose the legislation and has called the bill “the antithesis of conservatism.”

“Attempts by big media and Democrats in Congress to collude and monopolize economic models poses a tremendous threat to free speech and a free press,” McCarthy told Breitbart News.

“Never before has the opportunity been as open for startup news outlets as it is today,” he continued. “Americans now have more choices to get information and make decisions for their communities and elected leaders. That makes Democracy stronger and creates a whole new class of entrepreneurs that will also drive job growth. As we have seen in other industries, disrupters make legacy players uneasy and those legacy players are often willing to do whatever it takes to hold onto their market share and power.

“This is the antithesis of conservatism and House conservatives will fight for an open and free market—especially one that advances free speech and a free press,” he concluded.

The bill, which was first put forward by Democrats in both chambers in the spring of 2021, is set for markup in the Senate Judiciary Subcommittee on Competition Policy, Antitrust, and Consumer Rights on Sept. 7.

Sen. Amy Klobuchar (D-Minn.), who chairs the subcommittee, has expressed her support for the legislation in the past, and it seems likely that Democrats will support the bill, advancing it to a possible floor vote in the Senate. It is unclear whether the bill, if advanced, will be able to garner enough GOP support to overcome the 60-vote filibuster threshold.