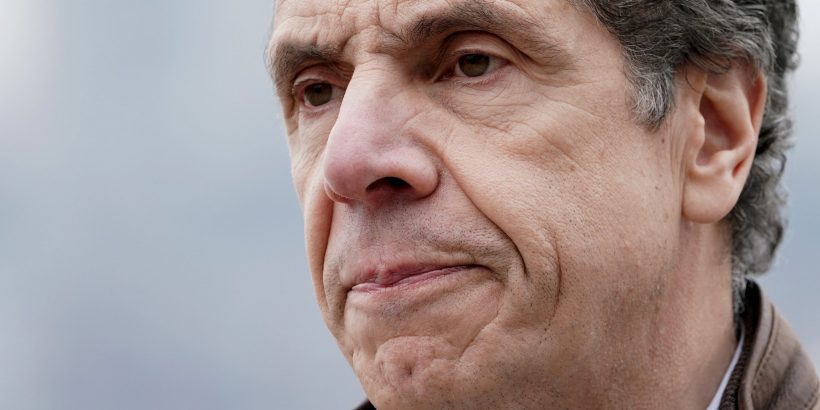 The report was released by the New York State Department of Health. It claimed that a March 2020 order from state officials wasn’t to blame for thousands of nursing home residents dying from COVID-19. The report received criticism, with one lawmaker saying it contained numerous flaws.

The figures withheld from the report were of deaths among residents who were transferred to hospitals.

On Thursday, Beth Garvey, a senior adviser to Democrat Gov. Andrew Cuomo, said the withholding was done because the state Department of Health “could not confirm it had been adequately verified.”

“This did not change the conclusion of the report, which was and is that the March 25 order was ‘not a driver of nursing home infections or fatalities,’” she added.

In another statement released by Cuomo’s office, New York Department of Health spokesman Gary Holmes said that the report established the March 2020 memo “was not a driver of nursing home deaths.”

“The report’s purpose was to ensure the public had a clear non-political evaluation for how COVID entered nursing homes at the height of the pandemic. All data sets reviewed came to a common conclusion—that spread from staff was likely the primary driver that introduced COVID into these nursing homes. While early versions of the report included out of facility deaths, the COVID task force was not satisfied that the data had been verified against hospital data and so the final report used only data for in facility deaths, which was disclosed in the report. While the out of facility deaths were held aside for verification, the conclusions were supported by both data sets,” he wrote.

The statements came in response to a Wall Street Journal article that alleged Cuomo’s top advisers pushed state health officials to leave out the numbers in question from the report.

The article drew criticism from state lawmakers, including Assemblyman Ron Kim, a Democrat.

“This is criminal,” Kim wrote in a tweet. “The Gov’s top advisors pushed state health officials to strip a public report of the data showing more nursing home deaths. The changes Cuomo’s aides made to the report reveal that they had the fuller accounting of NH deaths as early as the summer of 2020.”

The March 2020 directive stated that nursing home operators couldn’t refuse to accept residents even if they tested positive for COVID-19.

“No resident shall be denied readmission or admission to a nursing home solely based on a confirmed or suspected diagnosis of COVID-19,” it said.

“This approach will introduce the highly contagious virus into more nursing homes,” Mark Parkinson, president of the American Health Care Association, and Dr. David Gifford, the group’s chief medical officer, warned days after the order was issued. “There will be more hospitalizations for nursing home residents who need ventilator care and ultimately, a higher number of deaths.”

Cuomo’s administration rescinded the policy in May, but has insisted it did not lead to more deaths involving COVID-19.

Health officials only released how many nursing home residents died outside of hospitals after New York Attorney General Letitia James, a Democrat, accused the state of underreporting the number of nursing home deaths by as much as 50 percent.

A top aide to Cuomo told state lawmakers in February that the data was withheld because of fears it would be “used against us” by critics, noting that former President Donald Trump had urged the Department of Justice (DOJ) to probe the state’s COVID-19 policies.

The DOJ is investigating those policies, Cuomo’s administration has said. Officials said the administration is cooperating with the probe. Cuomo this week said he was not resigning.