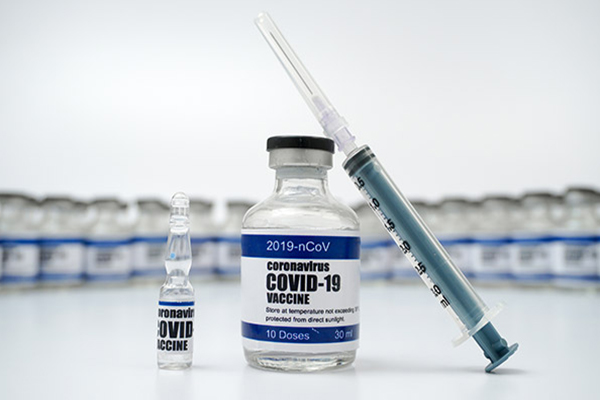 The Centers for Disease Control and Prevention (CDC), in updated guidance on June 24, says that children as young as 6 months may simultaneously receive COVID-19 injections and other routine vaccines on the same day, although no safety study has been conducted by the vaccine manufacturers.

Before that, both Pfizer and Moderna had told members of the Advisory Committee on Immunization Practices (ACIP), which provides the CDC with recommendations on vaccines, that they did not have such data, as their studies only focused on the safety and effectiveness of the COVID-19 mRNA shot.

“We did not allow concomitant immunization for kind of this first path study,” Dr. Rituparna Das, vice president for COVID-19 vaccines at Moderna, told panelists during a meeting on June 18. “We did ask the investigators to offset flu vaccine by about two weeks and offset other routinely administered vaccines by four weeks.”

Dr. William Gruber, a senior vice president of vaccine clinical research and development at Pfizer, said that his company also didn’t have data regarding this issue because Pfizer had investigators wait two weeks before and after children received the COVID-19 shot prior to being administered inactivated vaccines and rotavirus, and four weeks for other live virus vaccines.

Yet, the CDC went ahead to recommend co-administration of COVID-19 shots and other routine immunizations, while admitting that there was a lack of safety data.

“COVID-19 injections may be administered without regard to timing of other vaccines,” the health agency wrote. “This includes simultaneous administration of COVID-19 vaccine and other vaccines on the same day.”

“Data assessing the outcomes of simultaneous administration of COVID-19 vaccines with other vaccines are limited currently, including any potential increase in reactogenicity when COVID-19 and other vaccines are administered at the same visit,” the CDC added.

The CDC did not reply to an inquiry on whether it will make further updates to its co-administration recommendation since Pfizer and Moderna have yet to conduct the necessary trials.

After the Pfizer COVID-19 shot was authorized for children 5 through 11, The Epoch Times reached out to the Food and Drug Administration (FDA) and the CDC to inquire about the safety studies that were relied upon to make the recommendation that a COVID-19 vaccine may be simultaneously administered with other vaccines in this age group.

The CDC did not reply to The Epoch Times’ multiple inquiries, while the FDA only said that “the fact sheets for each authorized vaccine state that there is no information on the co-administration of the specific COVID-19 Vaccine with other vaccines.”

Our query was eventually answered during a question-and-answer session at a June 15 meeting of the FDA advisory committee.

FDA scientist Dr. Doran Fink, in a reply to a question about co-administration studies, said that the federal health regulator hasn’t “routinely requested or required” such studies unless the company is applying for vaccine licensure for infants younger than six months.

“We have routinely requested co-administration studies in licensure applications of vaccines that are intended for the very young infants, you know, those who are younger than 6 months of age, because the immunization schedule is so compressed and it is difficult to avoid co-administration,” Fink said.

“We have not routinely requested or required co-administration studies for older children, but we have always encouraged vaccine manufacturers to study safety and evaluate for immune interference of co-administration when introducing a new vaccine into the pediatric schedule and we do expect that studies will be done going forward,” he added.

Dr. Michael Nelson, a member of the FDA advisory panel, is concerned about the lack of evidence on simultaneous vaccine administration.

“I will tell you that if we don’t get a quick answer to the co-administration question, it will serve as a barrier to completion of these three-dose series for this vaccine, and likely the Moderna vaccine,” Nelson said. “Having to get it in isolation is going to be a great challenge for families and children here in the U.S.”

The CDC’s recommendation of simultaneous administration of COVID-19 shots with other vaccines is based on a 1994 study cited on ACIP’s webpage to back its claim that “experimental evidence and extensive clinical experience provide the scientific basis for administering vaccines simultaneously.”

However, that study only assessed safety and immunogenicity data of non-mRNA pediatric vaccines during the first two years of life.

They added, “In summary, there is limited and inconclusive evidence available about the difference in safety of vaccine co-administration compared to separate vaccine administration in children.”

They also noted that there needed to be larger post-licensure studies conducted to address the safety of the co-administration issue.

“Our findings indicate that dedicated studies on vaccine co-administration with a larger sample size are required to obtain statistical evidence on a potential increase or decrease of adverse events following co-administration,” they said.

Dr. James Johnston, a family practice doctor, says that parents should consider the option of spacing out the vaccines if they have concerns about their child receiving multiple vaccines on the same day.

“I am for patient choice. I think patients, parents should look at the risk and the benefits of each vaccine, look at the disease and its prevalence and its treatability, and space out those vaccines that they consent to, so as to give the immune system the maximum chance to recover from that fake war,” Johnston told The Epoch Times in January 2022.

He added, “In vaccine speak, you’re trying to induce immunity without the actual infection. You’re creating a fake war to trick the immune system into producing immunity, so space out those wars as much as possible and you’re going to have less untoward side effects in my opinion.”