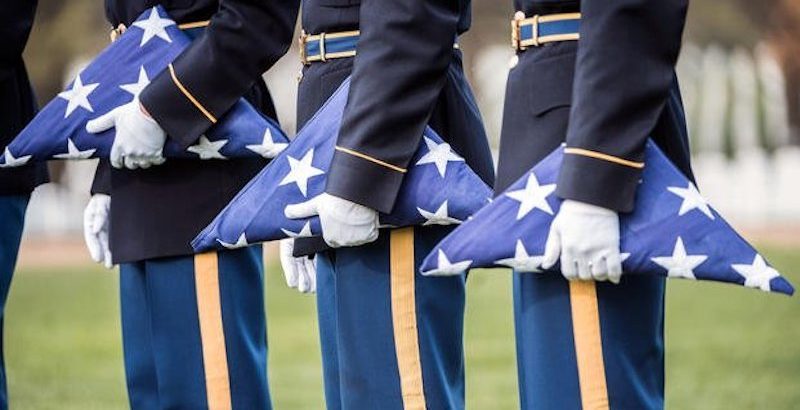 This written commentary is my analysis of the latest X22Report audio. The X22Report gives a daily brief on current political affairs. To support the work of the X22Report and/or for the audio/video version of this report, please click here >  X22Report.com. 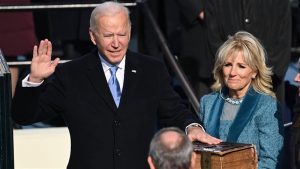 MILITARY CONTROL, 11.3 VERIFIES AS 1st MARKER, THE END WON’T BE FOR EVERYONE

Many Americans rejoiced at the Inauguration of Joe Biden, while many shook their heads in disbelief. Many people saw a glorious reality while many thought the stage at the Capitol set for January 20th should have looked so very differently.

Patriots are trying to put all the pieces of their puzzle together. It hasn’t been easy! Many are tired but realize the battle is not over.

Our forefathers, when forming this beautiful country, suffered so much more than we are suffering today. The Brits forced their way by ship to this land with huge opposing armies.

When the original American Patriots saw them coming, what did they do? Did they lay their weapons down in defeat, or did they run away?

When Donald J. Trump, won his presidential bid in 2016, we heard celebrities and many other anti-Trumpers say they would leave the USA, that Trump was not their President.

Where did they go? Where could they go? Most of them realized there was no where to go so they simply stayed home.

Ironically, we are hearing Patriots say the same thing, that they are done fighting and they are leaving. Where will they go?

The Deep State (DS) has been showing their agenda but we collectively have been too sleepy to notice…until recently.

They  have aggressively censored free speech even to the point of removing our legal voice. Harrassment has been inflicted on anyone who is not in agreement with their way of thinking.

Our lives under the rule of the DS as we knew them, are over. So the question remains, ‘Where will Patriots go to get away from the DS?’

This dark plan was not just to get rid of President Trump; this plan was to get rid of any power you and I possess as Americans. Trump was simply in the way! Now that he is ‘out of the way,’ there has been talk of the DS coming after We-the-People.

All seems hopeless, except for one thing.

While the Mainstream Media’s talking points were on what a lousy president, Donald Trump was, he was busy removing the obstacles, draining the Swamp, and putting final touches in place. He mapped out things with precision.

For instance, Trump installed 234 Federal judges. He installed one-third of the Supreme Court, and more than one-quarter of the U.S. Judiciary. He has done more than any other President in his first term, since Jimmy Carter became President in 1977. These young and mostly conservative judges will serve for generations.

Emotions are high right now. However, setting them aside for a moment, think of what President Trump and his administration have created…. a Sting Operation! 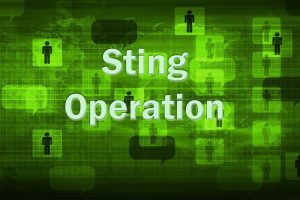 In the final stages of a sting operation, we typically see arrests. Timing is EVERYTHING!

We are once again seeing loose-cannon agitators looting and creating mayhem in some of our cities, such as Portland and Seattle. These agitators are being arrested.

However, if Trump’s adminstration made arrests against very powerful people now without citizens understanding the back story, think of the anarchy that would take place on ALL of our streets!

When our fore-fathers faced the enemy, they knew fleeing nor surrendering was an option. George Washington lost more battles than he won, but he understood a Patriot never gives up! A Patriot fights and as long as a Patriot has hope, submission to the enemy is never optional.

Neither is it for freedom-loving Patriots!

The following scenario of what is to come is the opinion of the X22 Report which many Patriots share.

On January 19th at 4:49 P.M., Trump declassified the Crossfire Hurricane Documents. Doesn’t it seem odd that he would declassify it in the 11th hour?

Post 3232 showed a photo of a watch set for 4:49. Was this President Trump’s way of telling us what to expect?

He tried with all of his might to get every Judge, Lawyer, Congressperson and Goverment official, etc.,  to legally follow the rules by using the laws in accordance with the U.S. Constitution. At every turn, the Swamp rejected everything!

Biden was installed by election fraud. He cheated and is deemed an illegitimate president.

After November 3, 2020, had Trump moved the military in, the MSM would have claimed his actions were due to him being a sore loser.

Trump knew he had to remain neutral during this time. This is why he didn’t fight his way back into his 2nd term.

The Military promised an oath, not to President Trump, but to protect our U.S. Constitution. When Biden was sworn in at the inauguration, this completed the crime. It had to be completed for the military to take the next step for now, they understand the crime.

“The 25th Amendment is of zero risk to me
but will come back to haunt Joe Biden and the Biden Administration.”
~President Trump

‘Be careful what you wish for!’

We know the 25th Amendment was supposed to be used to oust Trump from office in the name of him not being  fit for the presidency. Their plans failed… at least for Trump.

Does this mean Biden is not fit to be president due to it being an illegitimate election? Will the 25th Amendment they wish to use backfire?

Many in Trump’s Administration gave clues to Patriots but the whole plan cannot be divulged.  One date to watch for is the 27th of this month. We’ll have to wait and see.

11.3 comes into play. Biden was sworn in as President on bribes taken from a foreign nation.

Joe Biden had to take a private jet to Washington D.C. for his inauguration. This has never happened in all of American history. Protocol for an incoming President is that a government plane picks him up the president-elect and takes him to the Capitol building. Why didn’t this take place for Biden?

Patriots assumed when President Trump mentioned the next administration taking over at noon on 1/20/2021, he meant the military. We expected him to step aside, remaining neutral. But when Biden was sworn in, it crushed many thinking four or eight years of President Biden would be the endgame.

However, our military is doing a great job. They monitored. They have the declassified information, they know election fraud occured. The military now has the needed proof that indeed foreign election interference did occur.

The military has a responsibility under military law to remove the false government and restore a new legal civilian government under Military Code 11.3. Biden activated this when he was sworn in on the 20th which verifies the 1st marker.

Provisions were placed back in the McCarthy era when it was feared the Communists would take over. Our military was placed should that happen. The hostile government would be taken out by the last line of defense … the military.

Why was the previous administrations so set on downscaling our military? Why was Trump so set on rebuilding it? Connect the dots.

This is why the government did not send a plane to bring Biden over. They do not recognize him as the legitimate person in power.

This is not about Trump. He’s not handling this, but the military is. He was instrumental to build up our military, place good honest judges on our benches and resurrect the rule of law in accordance with our U.S. Constitution.

FEMA along with the military are in control in D.C., and everything is soon to change. What does this mean? 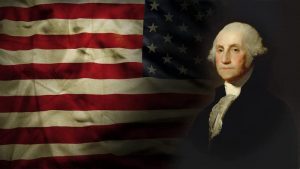 “…If you will consent to stay one month longer, you will render that service to the cause of liberty, and to your country, which you probably can never do under any other circumstances.”
~General Washington encouraging his men to re-enlist in the Army, 31 DEC. 1776…

Now that the illegitimate election has been verified, and the military has taken over, America will begin to see some great changes.

Trump never wanted a war; foreign nor domestic. He sought peace as President but the contrary was reported by the MSM.  The DS thought we would be in the midst of a Civil War and would then blame it on Trump, but he outsmarted them, once again.

One thing to note is the National Guard is stationed to remain at the Capitol for 30 days. This mission will not be drawn out.

The Swamp is being drained. Their crimes are being revealed. Our military is about to expose treason by removing an illegitimate president who was put in power not by the people, but by foreign governments.

President Trump will once again keep another promise by returning America back to the people. America truly is the greatest nation on earth, no other country compares. Watch with anticipation how the plan unfolds!