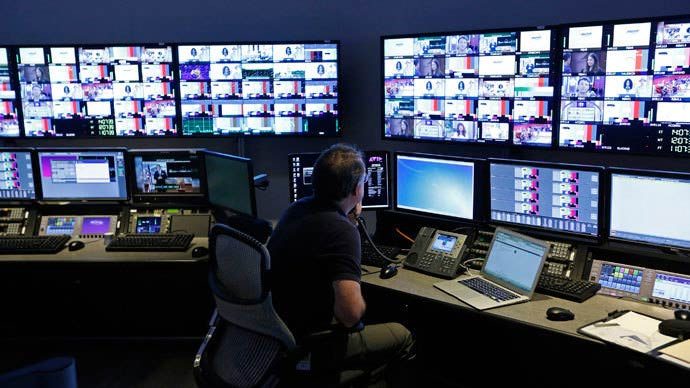 In an interview over the weekend, Giuliani, whose home was searched by federal agents last week, said that his lawyer, Robert Costello, was told by the U.S. Attorney’s Office in Manhattan that the alleged wiretapping took place.

“He asked [the prosecutor] to repeat it because he couldn’t believe it was true,” he told WABC radio in New York. “To me they just trashed the president of the United States.”

When House Democrats launched their impeachment inquiry against Trump over his phone call with Ukrainian President Volodymyr Zelensky, Giuliani, who had been Trump’s personal attorney, said he was communicating with the president.

“Meanwhile, the Justice Department, while I’m defending him on that with others, invaded my iCloud,” Giuliani said. “I can’t fathom that would be done to an ordinary citizen,” he said. “The president doesn’t have any more rights than anybody else, but he doesn’t have any less. To me, they just trashed the president of the United States like he has no constitutional rights.”

Elaborating, Giuliani said he carried out a number of conversations with the president that could ostensibly be retrieved from the Apple-based system that backs up emails, text messages, photos, documents, and much more.

“Unless these people have no ethics or any sense of what it means to be a lawyer, what you do when you do that, people who listen to this now say how can I trust talking to my lawyer,” he said. “The government may come in and start listening to it or might try to see text of memoranda.”

The Epoch Times has contacted the Department of Justice (DOJ) for comment.

Last week, after agents searched his home and confiscated several electronic devices, the former mayor disputed allegations that he represented a foreign national.

“I never represented a Ukrainian national or official before the United States government. I’ve declined it several times. I’ve had contracts in countries like Ukraine. In the contract is a clause that says I will not engage in lobbying or foreign representation. I don’t do it because I felt it would be too compromising,” Giuliani told Tucker Carlson on Fox News on April 29.

DOJ officials didn’t immediately respond to a request by The Epoch Times for comment following the raid.

In late 2019, amid the first House impeachment inquiry against Trump about a conversation he had with Ukraine’s president in July of that year, prosecutors charged two alleged former associates to Giuliani, Lev Parnas and Igor Fruman, with unrelated crimes regarding alleged campaign finance violations. Giuliani had legally represented Parnas.