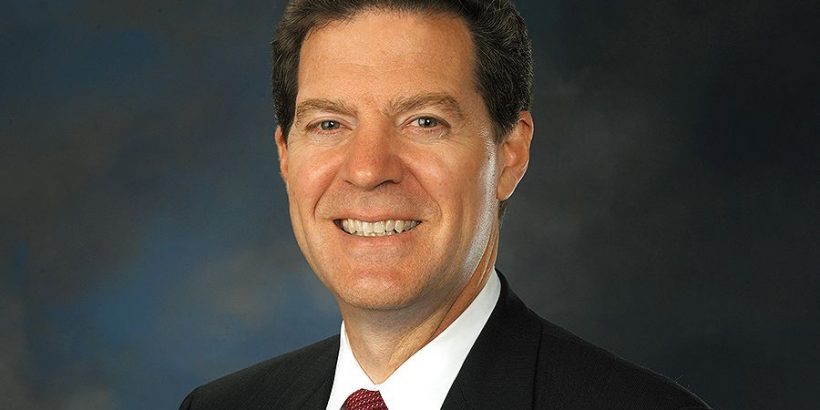 WASHINGTON—Beijing is showing “a sign of weakness” with its escalating “war with faith,” says former U.S. Ambassador-at-Large for international religious freedom Sam Brownback.

“It’s a sign of a regime on its last legs,” Brownback told The Epoch Times at the International Religious Freedom Summit in Washington on July 14. “It’s gotten harsher, not more open. It’s gotten more brutal, not more liberating. It’s taken on tactics of bullying rather than open cooperation.”

By contrast, a “confident regime” openly acknowledges its flaws rather than going after its critics, Brownback said.

The Chinese Communist Party’s increased harshness and brutality, as well as the pervasive high-tech surveillance, he said, “are all indications of a regime that’s in its waning days.”

“That’s not the way a confident government moves forward.”

Increasingly, countries around the world that once “looked the other way” for fear of offending the regime are becoming more vocal about Beijing’s human rights abuses, the former ambassador said, noting that the trend began following the Trump administration’s toughened stance toward the regime.

In recent months, the United States and other countries have collectively rebuked the CCP for its repression in Xinjiang and Hong Kong. Meanwhile, pressure is building for a diplomatic boycott of the 2022 Winter Olympics in Beijing in light of the Party’s treatment of Chinese citizens.

“There’s only so long you can abuse your partners and friends before they say, ‘I am not going to put up with this anymore,’” he said, pointing to the string of countries that blocked Huawei, a Chinese telecoms firm that the United States has designated as a national security threat.

Even in China, the CCP’s desire for control is likely backfiring, said Johnnie Moore, a former commissioner with the U.S. Commission on International Religious Freedom.

“They need to change their course,” he told The Epoch Times. That Moore was sanctioned by the Chinese regime—the 51st target in recent months by his account—again is a sign of the regime’s weakness, he said.

“How can I do to hurt the Communist Party of China? I’m just a small business owner,” he said.

Speakers at the summit include former Secretary of State Mike Pompeo and current State Department head Anthony Blinken, along with a number of Congress members, human rights activists, and survivors of religious persecution.

Pompeo on July 14 spoke of the U.S. declaration of the repression against Uyghurs in Xinjiang as a genocide made in the last days of the Trump administration, which has since been replicated by a growing number of U.S. allies.

“There is no right more fundamental for society,” he said of religious freedom.

“We always say ‘never again,’ each of us does that. But when any country including the United States tolerates tyranny, history will repeat itself,” Pompeo said.

Less than a week away from the 22nd anniversary of the start of the regime’s persecution against faith group Falun Gong, Brownback had a message for adherents: “Don’t give up the fight.”

The regime in Beijing has deployed “some of their most egregious diabolical tactics” on Falun Gong, “horrific tactics that are medieval at best,” he said.

The ongoing campaign waged against Falun Gong adherents, a group that advocates “peace and goodwill,” and the Party’s intent to crush them with “bayonets and bullets and torture,” speaks to the “paranoia of the Chinese Communist Party” and the communist leaders’ “depravity,” Rep. Chris Smith (R-N.J.) told The Epoch Times.

Chinese leader “Xi Jinping is guilty of genocide and crimes against humanity, including against the Falun Gong,” he said.

“Tragic” as the persecution is, Brownback believes that hope is around the corner.

“They are not forgotten,” he said. “The Chinese Communist Party may be at war with faith, but it is a war they will not win.”

“The history of mankind is strewn with regimes and governments that persecute people of faith. … In the near term, the government can inflict a lot of pain. They can do a lot of persecuting, but in the long term, they never win,” he said. “The spirit is stronger than the flesh.”