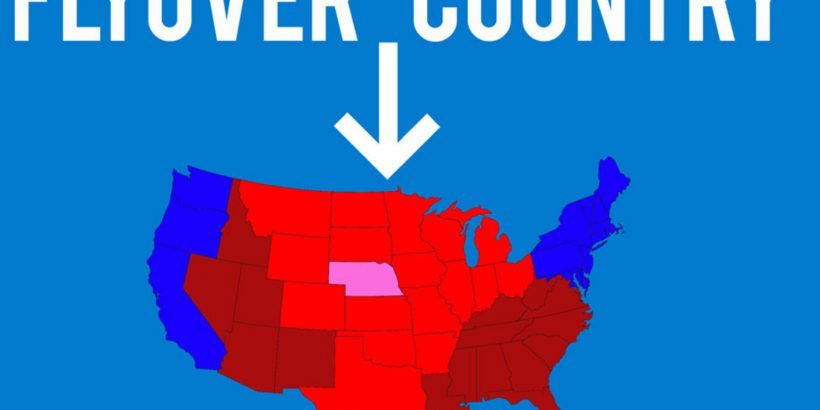 LIFE ELEVATED, Utah’s state slogan, well describes the geology (high desert, mountains), the culture (adventurous), and the almost endless opportunities for outdoor recreation (world-class skiing, hiking, fishing, biking, hunting, golfing, etc.) and affirms living rather than merely existing – not bad for only two words!  Contrast this with many places struggling through the COVID and BLM hell of 2020 and beyond.

Consider someone with means spending the last year locked down in Portland, Seattle, Minneapolis, Chicago, NYC, San Francisco, et al in a cramped apartment among a sea of cramped apartment buildings.  With edicts and “Karens” preventing enjoying even a walk in the park, let alone dinner out, gathering with friends, and other old-normal activities what kind of living is that?  The only arguments for living in major urban centers (and paying the associated price) are culture, cuisine, entertainment opportunities — and those all vanished.  Further, add nightly rioting and looting, harassment of the general public, arson, and vandalism, and the full enabling of the woke mobs doing this by the so-called leadership of these cities.  Here is the question — why would you stay there, and who the hell would choose to move there now?

The flyover states generally, and the red ones in particular (you know who you are) tend to be low tax, low regulation, low housing cost (especially for suburban homes with yards), pro-police, low crime, low regulation (especially as pertains to COVID), and people are more friendly and willing to mind their own business.  Also much less prone to riots, looting, and burning down their community and have gun laws that allow the general populace to deal with troublemakers as needed compared to the progressive urban havens.  They are also where the population growth and shift are most pronounced in the U.S. according to the recent census data and will likely continue to grow faster than the national average and far more than many blue regions.

Utah voted heavily for Trump in 2020 (T +20%) along with the highest population gain between 2010 and 2020 Census (~18%).  The Other top four population gainers were also decidedly for Trump — Idaho (T+30%/17% growth), Texas (T+6%/16% growth), and North Dakota (T+34%/16% Growth).  The rest of the top 10 gaining states are a mixed bag politically (including AZ and NV which are at least in play without even considering the suspicions of the 2020 election).  Overall, however, the RED (Trump) correlates well with the GROWTH in these maps with Utah, Texas, and the South East as notable hubs on both (GA being another suspicious outlier politically):

The census data, furthermore, was collected entirely before COVID (results came out about the same time as “two weeks to flatten the curve” if you remember those days) and before the CHAZ, CHOP, Floyd, BLM, and Antifa “summer of love” hell in all the usual locations.  Also before the “defund the police” movement and the record amount of gun sales and first-time gun owners (until this year, unsurprisingly given the political winds since then).  With the newer variant scares and the possibility of renewed lockdowns for who knows how long, the COVID shift has only just begun and will have ongoing impacts on migration patterns, quality of life, and, combined with technology, employment, and career opportunities.

I was on the “work from home” track for several months like many others — thankfully, I had a room for a home office (rather than the living room or kitchen table) and was able to make it work (certainly the commute was good).  Thanks to the technologies available today, more and more people will be able to find a work-life balance by being able to work from almost anywhere — why stay put in their small apartment with the whole world available?  This ability will permanently (and positively) affect much of the workforce, especially white-collar professionals who will be able to negotiate remote working capabilities along with salary, vacation, etc.  Even a 10-20% pay hit may be worth being near extended family, living in a lower-cost location, near hobby hotspots, ability to buy twice the house for half the money (huge consideration in the continuing era of lockdowns), living in a safer location, etc. Companies can also benefit from decentralization or shifting work to low cost/low tax havens away from metro centers and shedding office rent costs, etc. that will further this trend.

Demographics is destiny and, within the U.S., also democracy in the form of proportional representation.  This cycle already saw seven house seats shift to six-plus states (TX got +2) and 7 minus states (including CA, NY, IL) – while not a red sweep, it is in that direction.  With much of the 2020 drama impact occurring after the census results, and with many governors of blue states under fire for COVID response, the next few years are looking good for many states and dismal for others for the same reasons as discussed above — crime, gun control, taxes, regulation, debt, and overbearing and insufferable progressive leadership that is currently doubling down on the panic and insanity.

The ultimate freedom is the freedom to leave (ask Cuba or Venezuela or China) and the more people have the freedom to vote with their feet (and their zip code) combined with the zero-sum game of population (and the tax revenue and political power it represents) the more this will favor the sane states and locations and make the blue states bluer and smaller — perhaps they need their own slogan such as LIFE LOCKED DOWN or ENTER AT YOUR OWN RISK.