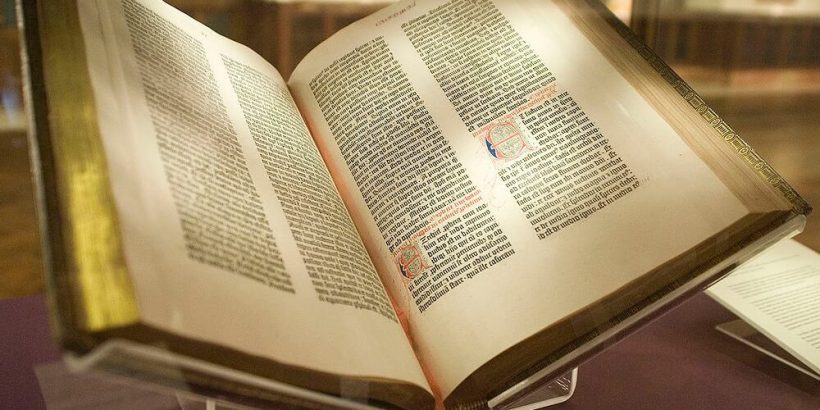 A new version of liberal Christianity, which holds that abortion, transgenderism, any sexual behavior, and equality of outcome ought to be the norm, is also promoting the view that the traditional family is not necessary, said Dr. Frank Turek, President of CrossExamined.org.

Mainstream media allow people to express Christian views provided that they are contrary to traditional orthodox beliefs, Turek told The Epoch Times in an interview. However, someone who claims traditional teachings of religion will get canceled, he said.

The left realized that in order to maintain power after the 2022 election they needed to bring Christians on board and have them vote for Democrats, therefore they emphasize President Joe Biden’s religious affiliation, Turek said on The Epoch Times’ “Crossroads” program.

“What they’re trying to say is: look, Joe Biden’s really, he’s Catholic, you ought to trust him,” Turek added.

Two days after his inauguration, Biden and Vice President Kamala Harris announced that their administration will push for the codification of Roe v. Wade, which would allow for legal abortions even in the event that the Supreme Court overturns the 1973 ruling, according to a White House statement. In Roe v. Wade, the Supreme Court ruled against an abortion ban in Texas.

At the end of January, Biden signed a presidential memorandum lifting the ban on U.S. funding for international nonprofits that provide counseling or referrals for abortion.

“[Biden] goes to church but you can go to church and not really believe or do what the church wants you to do,” Turek said.

Christians believe that they should follow what their divinity requires them to do and in order to be saved by faith they should do good works, Turek said.

Turek explained that claims by some mainstream media that the Bible supports abortion are based on “obscure passages in the Old Testament like Numbers 5 or something which has absolutely nothing to do with abortion.”

“The Bible doesn’t explicitly talk about abortion,” Turek said, adding that abortion was unthinkable to the Hebrews who “considered children to be a blessing from God.” Also, the prohibition of killing children in the womb is covered by the command “thou shalt not murder,” so there was no need for another specific command.

The Equality Act passed by the House of Representatives and supported by Biden “is anything but equality” because it gives special protection in the workplace to those who identify as “say LGBTQ people,” Turek said. If a company needs to downsize for financial reasons, it will lay off people who do not identify as LGBTQ, he explained, “because they don’t have the capacity to sue their employer for discrimination because they don’t have that same Equality Act protecting them.”

In January, Biden signed an executive order tasking the government with redefining all its policies and regulations regarding discrimination based on sex to include “gender identity,” which would mean men who identify themselves as women can’t be excluded from using all services and amenities reserved for women.

In February, the Biden-backed proposed Equality Act was passed by the Democrat-controlled U.S. House of Representatives without hearings.

The Equality Act imposes a viewpoint that those who agree with natural law values, Christian values, and Muslim values when it comes to sex and sexual behavior are going to be ostracized—those people are not going to have the same rights in the workplace as people who disagree with them have, regulating what religious beliefs a person should have, Turek said.

The government does not need to implement or legislate some sort of religious point of view, Turek said. All laws try to legislate morality but they should legislate the right morality, the morality that’s self-evident and grounded in the natural law as stated in the Declaration of Independence, one of America’s founding documents, he explained.

He quoted the Declaration of Independence: “We hold these truths to be self-evident, that all men are created equal, that they are endowed by their Creator with certain unalienable Rights, that among these are Life, Liberty and the pursuit of Happiness.”

If the government tries to enact a law that allows people to kill other people that is obviously immoral, Turek said.

America’s founding fathers “did not want to have a national religion but they knew that we needed to base this government on theism and allow religious freedom … without God there are no rights, there are no wrongs, everything’s a matter of opinion,” Turek said.

When the idea of god or religion or belief or natural law is removed from the concept of the government, then the government determines what is right or wrong, Turek pointed out.

Turek used the example of Mao Zedong, who justified killing landlords or certain religious groups as the righteous thing to do, saying, “You wouldn’t be able to say Mao was wrong or Hitler was wrong or Stalin was wrong unless there’s a standard beyond all of them to which we’re obligated to obey.”

Turek encouraged people to stand up for the truth and freedom by forming small support groups to help each other in case someone gets canceled. This is how Christians survived the persecution and like-minded people survived the Iron Curtain, he added.