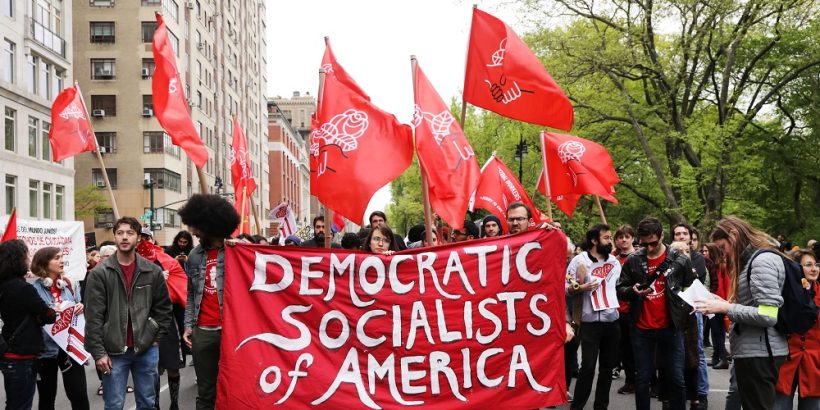 The cause for the results was something called ‘ranked choice voting. Ranked choice voting is considered very progressive because voters rank candidates from best to worst, rather than choosing an individual candidate for which to cast their vote. Voters in Alaska adopted the system by a slim margin in 2020.

Election experts Hans von Spakovsky and J. Christian Adams said the system is “all about political power, not about what is best for the American people and for preserving our great republic,” and obviously helped the radical far left in its first attempt in the state.

“In many cases under the ranked choice voting system, no one candidate is chosen as the top selection by a majority of voters in the first round. In this case, the candidate who received the lowest amount of votes is eliminated, and the voters who chose that candidate as their top choice are automatically counted as placing their second choice as their top choice,” the Daily Signal reported.

Through a process called “ballot exhaustion,” many voters may simply have their voices unheard in an election under a ranked choice voting system, according to Daily Signal, who added, “If a voter only ranks two out of five candidates on their ballot and those two candidates do not make it to the final round, there’s no third candidate choice to count as these voters’ top choice. These votes are simply unheard as the rounds are continually counted until a “winner” emerges.”

Here are the states with Ranked-Choice elections:

He won despite trailing Poliquin in the initial tally of votes. Almost 9,000 ballots were not counted in Maine’s election under their newly adopted system, Pew reported.

US Senator Tom Cotton (R-AK) is not a fan of the voting system for a Republican:

And he received blowback from a progressive who believes we are a Democracy:

“The other ballots didn’t count in the final tally because they did not include rankings for the top two candidates, Adam Cote and Janet Mills,” the outlet reported. “That translates to more than 6 percent of original ballots.”

Rank choice voting is one of the stupidest things we as a democracy have ever experimented with… and that’s saying a lot,” one poster reported Twitter.

But leftists love it:

The issue of whether to adopt the system is currently on the ballot in Nevada for November. Protect Your Vote Nevada argued that in other states, the ranked choice system “resulted in up to five times as many ballots being thrown out because of errors.”

Spakovsky pointed out that under a ranked choice voting system, Australia’s liberal Labor Party won in 2010 against the center-right Liberal-National coalition, despite the latter receiving a higher percentage of votes than the former. (RELATED: Zuckerberg Will Not Make Election Donations For Midterms After 2020 Backlash)

“In other words, more voters wanted a center-right government than a left-wing government, but ranked choice made sure that did not happen,” Spakovsky wrote in the report.

A similar situation occurred in 2010 in Oakland, California, in which the candidate who won the most votes lost to a candidate with fewer votes after almost nine rounds of voting. (RELATED: EXCLUSIVE: Rep. Budd Introduces Bill To Shut Down Biden’s Executive Order To ‘Promote Voter Registration’)

Left-leaning writers such as Adam Serwer have argued Republicans can only blame themselves for losing under the ranked choice voting system.

“For Trumpists, no system that results in a Republican defeat can be considered legitimate, a belief that manifested in the storming of the Capitol on January 6, 2021,” Serwer wrote in an article for The Atlantic.

“There are political scientists out there who will explain to you why this is better and why, on paper, more voters will be satisfied in the end with the results,” Pino wrote. “But in a time when trust in election integrity is already low, we don’t need a system that’s hard to report and hard to comprehend.”